Leave at your own chosen speed: An incomplete list of A...

Leave at your own chosen speed: An incomplete list of ANC luminaries who also should step aside with Ace 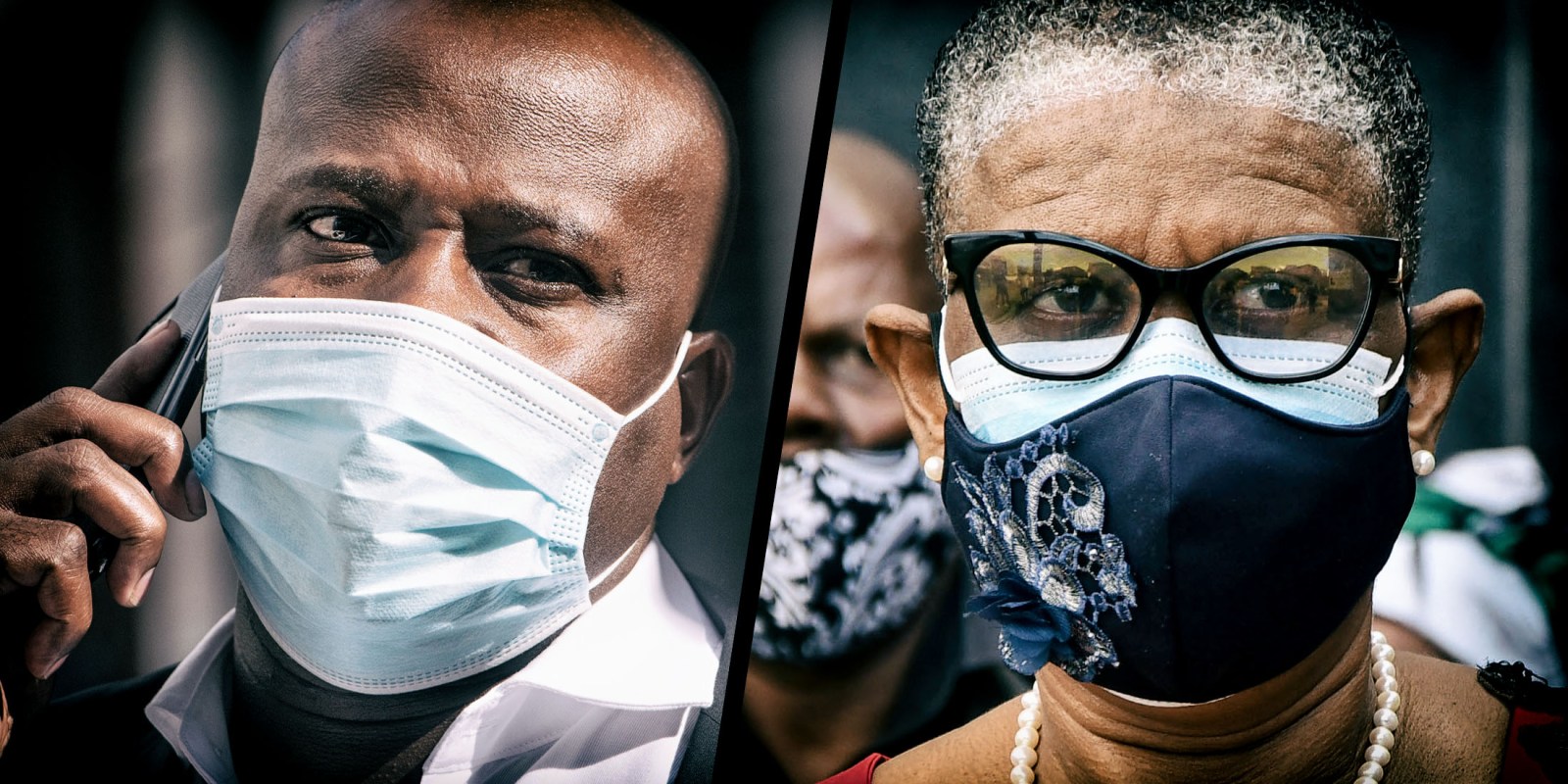 The ANC’s National Executive Committee has given party members ‘who have been charged with corruption or serious crimes’ 30 days to step aside. Who other than Secretary-General Ace Magashule could be affected?

Following the decision of the ANC’s highest body that party members who face serious criminal charges must step aside, it was announced that the office of Secretary-General Ace Magashule will “work with the provinces to identify all people affected”.

As Daily Maverick discovered when trying to compile a list of all the cadres potentially affected by the resolution, this may be a time-consuming task.

There are a number of uncertainties around the resolution, which was originally adopted at Nasrec in 2017, but has never been uniformly implemented before now. The ANC statement announcing the implementation decision on Monday read simply:

“All members who have been charged with corruption or other serious crimes must step aside within 30 days, failing which they should be suspended.”

This wording is vague enough to give rise to questions like: What constitutes a “serious crime” in the ANC’s book?

To give one example, Rustenburg Mayor Mpho Khunou has been charged with harassment for sharing nudes of his ex.

To give another, Waterval Boven ANC councillor Themba Masha has been charged with an assault of a female police constable in December 2020 alongside six other men. The policewoman claims she was beaten to the ground.

If the ANC is intent on demonstrating its commitment to eradicating gender violence, charges like these should presumably fall within the ambit of “serious crimes”. It should go without saying that rape is a serious crime; there is an unknown number of ANC councillors currently charged with rape whose identities are not yet publicly known because they haven’t pleaded to the charges.

Another question: does the resolution apply to municipal officials within ANC-run municipalities? The Monday statement mentions only “members”; at the NEC meeting in August 2020, it was resolved that “Cadres of the ANC who are formally charged for corruption or other serious crimes must immediately step aside from all leadership positions in the ANC, legislatures or other government structures pending the finalisation of their cases.”

These municipal officials may not be card-carrying ANC members, but they could perhaps be considered cadres. An example would be eThekwini city manager Sipho Nzuza, who is facing corruption charges alongside former mayor Zandile Gumede for a multimillion-rand waste contract. Nzuza is reportedly still receiving his city manager salary despite being out on bail after being rearrested for breaching his bail conditions.

Other cases seem more straightforward. Here follows an incomplete list of ANC figures who should be affected by the implementation of the step-aside resolution:

Former Durban mayor Zandile Gumede: Gumede has been charged with fraud and corruption for an unlawful 2017 waste tender costing taxpayers more than R400-million. Although she is no longer mayor, Gumede is serving as an ANC MPL in the provincial legislature after being cleared by the party’s Integrity Commission despite her ongoing court proceedings.

Former state security minister Bongani Bongo: In February, Bongo was acquitted of corruption under decidedly fishy circumstances for allegedly trying to collapse the Eskom parliamentary inquiry via bribery. His court proceedings are still technically ongoing, however, as the NPA has indicated its intention to appeal against the acquittal. As such, Bongo should step down as both an MP in the National Assembly and the chair of Parliament’s Home Affairs committee.

ANC KZN deputy chairperson Mike Mabuyakhulu: Mabuyakhulu has held on to his party position despite being criminally charged alongside 15 co-accused for defrauding provincial coffers of around R28-million for a jazz festival which never materialised. Like Gumede, Mabuyakhulu was cleared by the Integrity Commission, and the Provincial Executive Committee (PEC) – which admitted to Daily Maverick last year that they hadn’t actually read his indictment.

Former Eastern Cape health MEC Sindiswa Gomba: Gomba was sacked from her position in February due to a string of scandals, including being charged with fraud, corruption and money-laundering over allegedly misleading the Buffalo City municipality into releasing millions of rands to prepare for Nelson Mandela’s funeral. Gomba remains a member of the Eastern Cape legislature.

Buffalo City regional chairperson Phumlani Mkolo and Amathole regional secretary Teris Ntuthu: The two, both charged with fraud and corruption, were asked by the ANC Eastern Cape’s PEC to step aside in March, but both refused to do so. Ntuthu said he would appeal against the decision nationally. Such an appeal should presumably not be entertained now.

ANC Limpopo Treasurer Danny Msiza: Msiza is one of the accused in the VBS bank saga. Msiza has held on to his significant ANC role while claiming the charges against him are politically manufactured – but, as amaBhungane recently reported, the indictment suggests that Msiza was at the heart of the scam to push municipalities to invest in the Venda bank.

Former Mangaung mayor Olly Mlamleli: Sarah “Olly” Mlamleli appeared in court in October 2020 charged with helping defraud the Free State government of R255-million through an irregular asbestos audit deal. Mlamleli may not be mayor of Mangaung any more, but reportedly remains a member of the Free State PEC.

JB Marks Municipality Mayor Kgotso Khumalo: Khumalo has been charged for the theft of R5-million linked to the municipality. Despite calls from the opposition to step down, Khumalo has refused to do so.

ANC caucus leader in the Kouga municipality, Eldridge “Chico” Februarie: Februarie was arrested earlier this year on fraud charges as part of an EP rugby union corruption scandal. His status as of February was unclear, with the ANC saying he has stepped aside, but Februarie denying that this was the case. DM