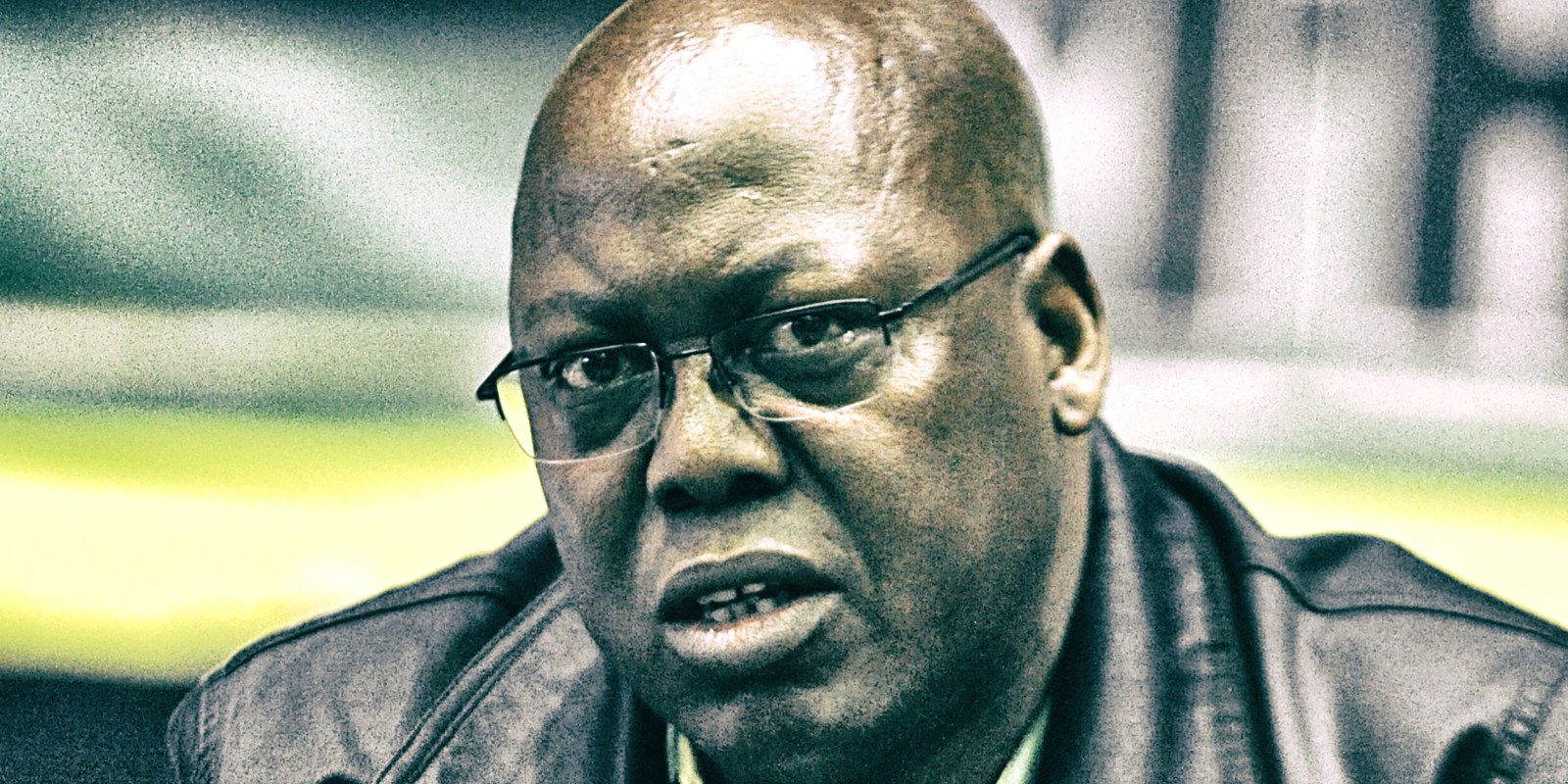 The ANC in KwaZulu-Natal returned its deputy chairperson Mike Mabuyakhulu to his position without having read the indictment outlining the fraud and corruption charges he is facing.

ANC KZN secretary, Mdumiseni Ntuli, told Daily Maverick at a press briefing on Tuesday that he was not sure if the party’s integrity commission had read the indictment, “but I like to think [Mabuyakhulu] had given it to them”.

Ntuli confirmed that the party’s provincial executive committee (PEC) had not read the indictment either.

Mabuyakhulu, who is out on R50,000 bail, resumed his duties in October on the strength of the recommendations made by the six-person integrity commission.

The former KZN economic development MEC is one of 12 criminally accused ANC members who appeared before the commissioners, where he had to detail the charges he is facing and “state his case”.

Disgraced former eThekwini mayor Zandile Gumede also appeared before the panel. Ntuli said that the recommendations for or against her were yet to be finalised. Once they were, they would be submitted to his office.

Tuesday’s media briefing was called after an extended PEC meeting that began last week ended on Monday, after breaking for a few days, and included deliberations on Covid-19, a report on ANC-run municipalities, and the state of provincial departments.

The ANC’s provincial leadership announced in August 2020 that Mabuyakhulu and Gumede would step aside given the serious criminal charges they are facing in separate cases. Gumede would also step aside from her newly appointed MPL position, it said, although she would retain her salary.

Just two days later, the ANC’s national leadership made a call for formally charged political deployees and party leaders to step aside.

Mabuyakhulu does not hold a position in public office at present, although he was again in line for a cabinet post when the new provincial administration took over. He turned this down because of the charges he was facing and instead continued as the province’s deputy chair.

Ntuli said that Mabuyakhulu “volunteering” to turn down a cabinet post had worked in his favour, as had his voluntarily stepping aside from his ANC position in August, pending his appearance before the commission.

Both these incidents showed that Mabuyakhulu had the interests of the ANC at heart, he said (presumably as opposed to Gumede, whose response to being asked to step aside has been defiance).

Mabuyakhulu is one of 16 accused, including seven companies, who allegedly defrauded province coffers of about R28-million by paying for a jazz festival that never materialised.

“He has shown remorse”, said Ntuli, without expanding on exactly what Mabuyakhulu was remorseful about. Daily Maverick was unable to reach Ntuli after the press conference to clarify the statement.

Nevertheless, the integrity commission’s report on Mabuyakhulu noted that he had been “frank, candid and very cooperative,” said Ntuli at the media conference.

He said the PEC did not merely accept the commission’s recommendation that Mabuyakhulu be reinstated.

“It also evaluated the circumstances under which this matter has been handled; firstly, by the ANC leader concerned and his conduct throughout the process. But secondly, in terms of what impact it will have in the standing of the organisation, in society, but within the context of dealing with the problem of comrades that are facing criminal charges.”

Throwing in a disclaimer, Ntuli said the PEC had “qualified” its decision by saying it was taken “subject to the national guideline in terms of how to go about implementing a decision of the national conference”.

He said there was still a lack of clarity within the party on exactly what “stepping aside” meant.

“When the president and the national officials were addressing a media conference, what we would have expected from them if their understanding is that stepping aside means you must resign, is a clear directive that said ‘you ought to resign from your responsibility’.

The ANC in KwaZulu-Natal had solid views on what stepping aside should mean, he said.

“We have a very strong position as the officials of the ANC in KZN, but we are engaging the national officials because we don’t want to be seen as defining a process outside the entire organisation, because that would place KZN at the receiving end of the rest of the movement. And we don’t want a situation like we had at Nasrec, where we become an outcast.”

Mabuyakhulu is one of 16 accused, including seven companies, who allegedly defrauded province coffers of about R28-million by paying for a jazz festival that never materialised.

The accused are together facing 27 charges of corruption, two for fraud, one for theft and 46 for money laundering. There is also one count of contravening the Public Finance Management Act.

The alleged crimes took place between July 2012 and November 2012, when Mabuyakhulu was economic development MEC. He was arrested in 2018.

Mabuyakhulu is accused of receiving a kickback of R300,000 into his private bank account, using the reference “Ndiyema” — his clan name.

He has denied all charges. DM