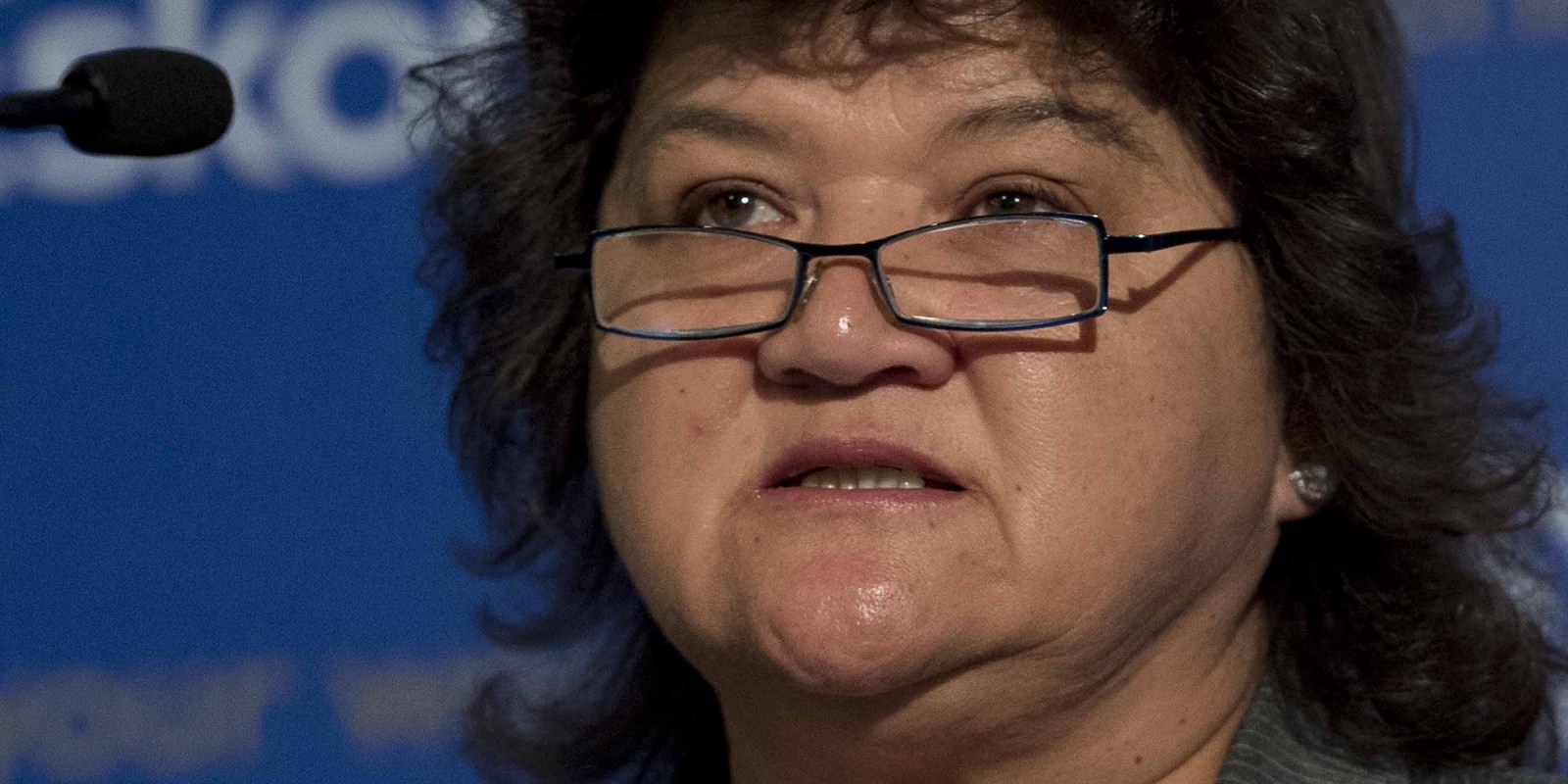 It was the Eskom board that wanted to have Brian Molefe as the state-owned enterprise chief executive for 12 months, said the former Public Enterprises Minister during an appearance before Deputy Chief Justice Raymond Zondo on Monday.

Former Public Enterprises Minister Lynne Brown told the State Capture Commission on Monday that the Eskom board wanted Brian Molefe to be chief executive of the state-owned enterprise in 2015. Brown said it was the board, and not her initially, that wanted to have Molefe at Eskom for 12 months.

Brown returned to the commission following an appearance on Friday, 19 March. She had been the Minister of Public Enterprises from May 2014 to February 2018.

Brown explained that Molefe came into Eskom to replace suspended CEO Tshediso Matona. At the time, Molefe had been CEO of Transnet, another state-owned entity (SOE) under Brown’s command. Molefe had been meant to replace Matona for three months, but ended up there for a year.

Evidence leader Pule Seleka questioned what Brown meant when she told reporters in 2015 that she would have wanted Molefe to be at Eskom for a year, instead of the three months of Matona’s suspension. In response, Brown questioned where Seleka’s information came from. Seleka said this was not in a press statement, but rather comments Brown made to reporters at a media briefing. Brown would eventually concede these comments came from her “run of mouth”.

But Brown told the commission that it was the Eskom board that wanted Molefe to be CEO for 12 months and not three. By six months, Brown observed Eskom had been turned around in terms of load shedding and staff morale. “There was incredible energy,” said Brown. Molefe would be CEO between April 2015 and November 2016. When asked if she knew Molefe before his secondment from Transnet to Eskom, she claimed she didn’t know him outside of a Transnet gala, which the agency would have hosted and she attended as Minister.

On another secondment – that of controversial Anoj Singh from Transnet to Eskom, Brown said she didn’t really know him either. Brown claimed the Eskom board sent her a letter asking for Singh’s secondment to the SOE.

(Read Singh’s previous testimony before the commission here and here ).

Brown was asked about former Eskom board chairperson Zola Tsotsi – who claimed Brown told him he would be removed from his position on the Eskom board. Brown told the commission she “ticked him off for interfering in an operational matter”. However, evidence leader Pule Seleka SC said according to Tsotsi, Brown’s comments were similar to what Tony Gupta had said to him at a Gupta residence in Constantia, Cape Town. Seleka asked Brown if she knew that Gupta told Tsotsi, “you’re working with uBaba’s (then president Jacob Zuma’s) enemies?” Brown replied with “No”.

She did admit that she and Tsotsi didn’t “have an easy relationship”.

Chairperson of the commission, deputy chief justice Raymond Zondo said Brown would be called back for testimony related to Denel, another SOE under control as minister. Brown was asked by the commission to provide an affidavit explaining the processes that were followed in appointments to Eskom which did not go through the correct due process.