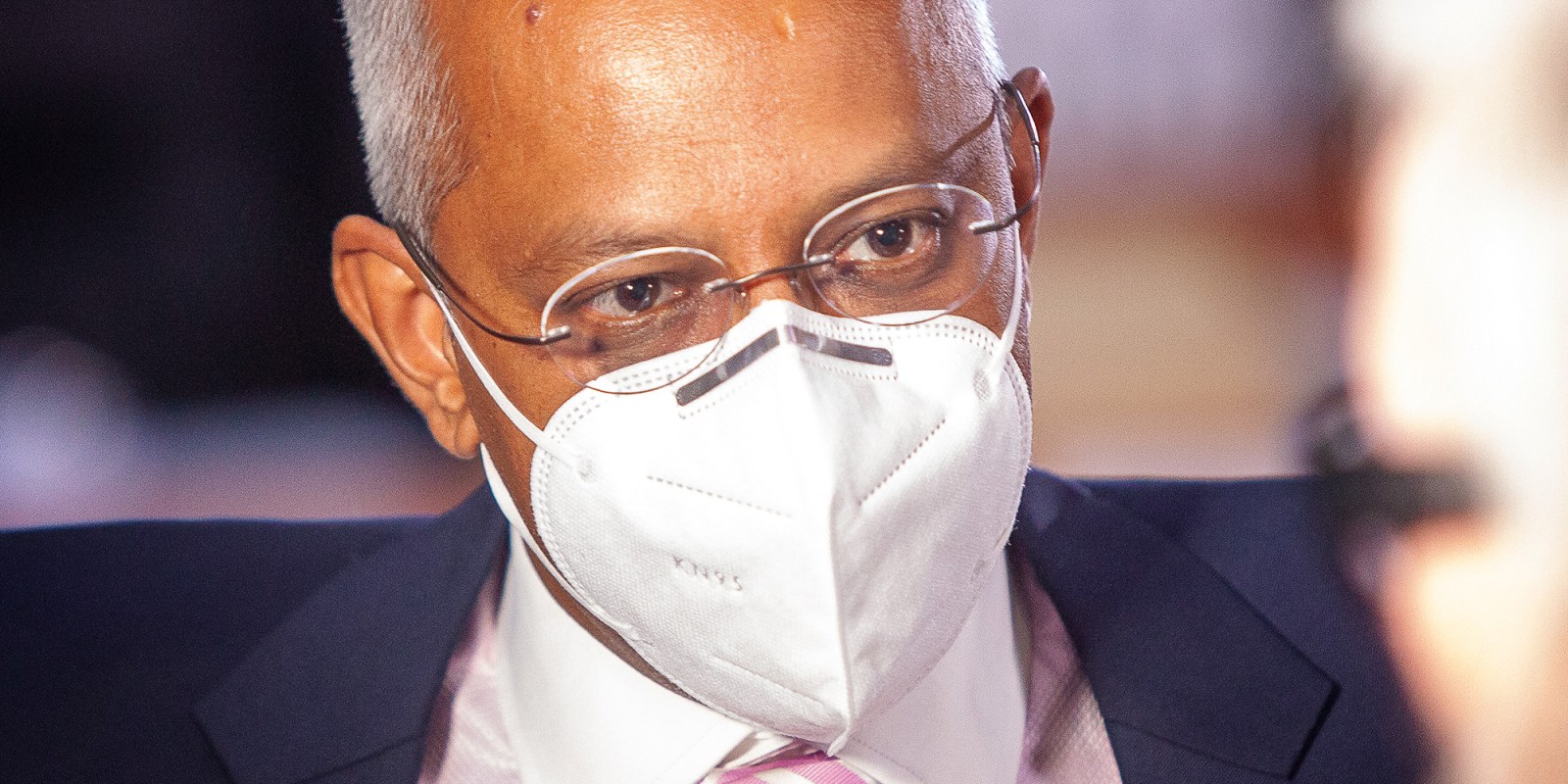 Under the Zondo spotlight, alleged State Capture kingpin Anoj Singh tried to remember what went on at Eskom when he was the CFO and billions of rands were dished out for services that don’t appear to have been delivered.

Former Eskom chief financial officer Anoj Singh told the Zondo Commission of Inquiry into allegations of State Capture on Thursday that he attended an estimated “three to five” meetings in 2015 initiated by global management consultancy firm McKinsey to ascertain the “real problems” at Eskom, before agreeing with former public enterprises minister Lynne Brown’s proposal that he be seconded from Transnet to head up finances at the embattled power utility.

Singh also told chairperson Raymond Zondo he had not thought it unusual that Eskom’s then acting CFO – whose position Singh would be occupying – was not present at the meetings, which were also attended by Regiments, McKinsey’s BEE partner.

“At the time,” replied Singh, “there was a lot of media focus around Eskom… The War Room was seized with information flow and the accuracy of information. So there was a problem with the credibility of [information coming from] Eskom.”

While Singh acknowledged that, with hindsight, Zondo might be correct in saying Singh should have insisted that the acting Eskom CFO be present, but at the time he thought it would be better to have an “independent” view of challenges at the utility.

“I used many sources [such as] Deloitte and McKinsey … to appraise myself of what was going on at Eskom.”

Further justifying the meetings, Singh said there was “a need to separate what was [said to be happening] and what was actually happening”.

Asked by evidence leader Pule Seleka if he had not denied in his affidavit that such meetings took place, Singh said he had denied that meetings involving “negotiations” on future contracts or procurement discussions, ostensibly between Eskom and McKinsey, Regiments/Trillian, had taken place, not the meetings themselves.

He said if the meetings had “ended up” in contracts like the Master Services Agreement (MSA) or Top Engineers Programme, “that happened subsequent to those meetings”.

The MSA was the 2016 contract between McKinsey and Eskom (there had also been a 2015 contract) which was terminated by agreement, leading to huge early cancellation costs by Eskom, which paid in excess of R1.7-million to both McKinsey and its BEE partner Trillian.

The Top Engineers Programme involved mentoring of Eskom employees by McKinsey to ensure smooth succession within the power utility. In her testimony before the commission earlier this month, former Trillian Management Consulting CEO Bianca Goodson said the cash flow for the Top Engineers Programme “was going to be in the region of about R10-billion over three years”.

Salim Essa, described as a “Gupta lieutenant” in the media and in State Capture analysis, was a star at Regiments, opening up deals for lucrative state contracts. But, after an alleged fallout at the company, he started Trillian, of which he was the sole shareholder.

Trillian was paid R30.6-million in April 2016 for the “work” it did on Eskom’s corporate plan, even though the contract was only signed the following month. Singh said he was “not aware” of the contract only being signed at that time and added: “If I recall correctly, the corporate plan was delegated to Mr [Matshela] Koko.”

SAICA found that Singh was grossly negligent, dishonest, showed a “clear lack of accountability” and committed serious breaches of the SAICA code of conduct while in important positions at Transnet and Eskom, resulting in them suffering “substantial financial prejudice”.

He said it was Koko who signed a notification of acceptance of award for the corporate plan in 2015.

“Technically, there is no signature relating to this contract from an Eskom perspective … but, given the information before us, there was a meeting of minds in terms of what was delivered,” said Singh.

Asked Zondo: “Wasn’t policy that there must be a contract before payment can be made?”

“That is correct, in all instances. How and why the payment was processed in the manner it was, the finance team or procurement team would have to provide the details,” responded Singh.

“But, of course, you were in charge of the finance team” said Zondo.

“So, ultimately, the buck stopped with you.”

“Indeed sir, but not every single payment that is processed at Eskom [was] processed by myself. There are policies and processes put in place for employees to follow, and in this case it would seem that those processes were not followed,” said Singh.

In terms of delegation of authority, he said, there was a requirement for certain authority levels to approve contracts. Once they were approved, the payment process did not “require that it came back to me”.

Asked by Seleka if payment being made before a contract had been signed could indicate negligence, or even gross negligence, Singh said it was difficult to tell without knowing “the facts or how the payment was made”.

“I know for a fact that services were delivered. There was also an agreement that McKinsey agreed on an amount that could be paid [by Eskom] directly to Trillian [as the sub contractor]. From that perspective, there was a process to validate that work was done and delivered.”

Seleka asked again if this was a case of negligence, to which Singh then replied: “I would say so”.

Seleka also wanted to know who exactly rendered the service for the corporate plan (it is alleged that no services actually took place).

“It would be difficult to explain this,” said Singh, “but, as I understand it, Regiments and Trillian were in a transition process during this period, as I am given to understand, there was a subcontractor agreement that was between Regiments and Trillian, for the secondment of certain stuff relating to the Eskom corporate plan. And that was the nexus for the corporate plan to be delivered by Trillian at the time.”

“It was both McKinsey and the subcontractor, Trillian,” said Singh.

“So it was not Regiments,” stated Seleka, to which Singh replied again that there was a secondment agreement between Regiments and Trillian.

The corporate plan was awarded in the first week of October 2015 and ran through “probably until the middle of February”, said Singh later.

Singh is accused of overseeing massive questionable transactions made in favour of Gupta-linked companies while first as CFO at Transnet and then Eskom.

Some of the transactions Singh was directly or indirectly involved in at Eskom include:

SAICA found that Singh was grossly negligent, dishonest, showed a “clear lack of accountability” and committed serious breaches of the SAICA code of conduct while in important positions at Transnet and Eskom, resulting in them suffering “substantial financial prejudice”.

Singh was suspended from Eskom in late 2017 pending a disciplinary process and resigned in January the following year, with immediate effect. DM