Mind your language, David Mabuza asks the House in a week of many questions and some looming key changes 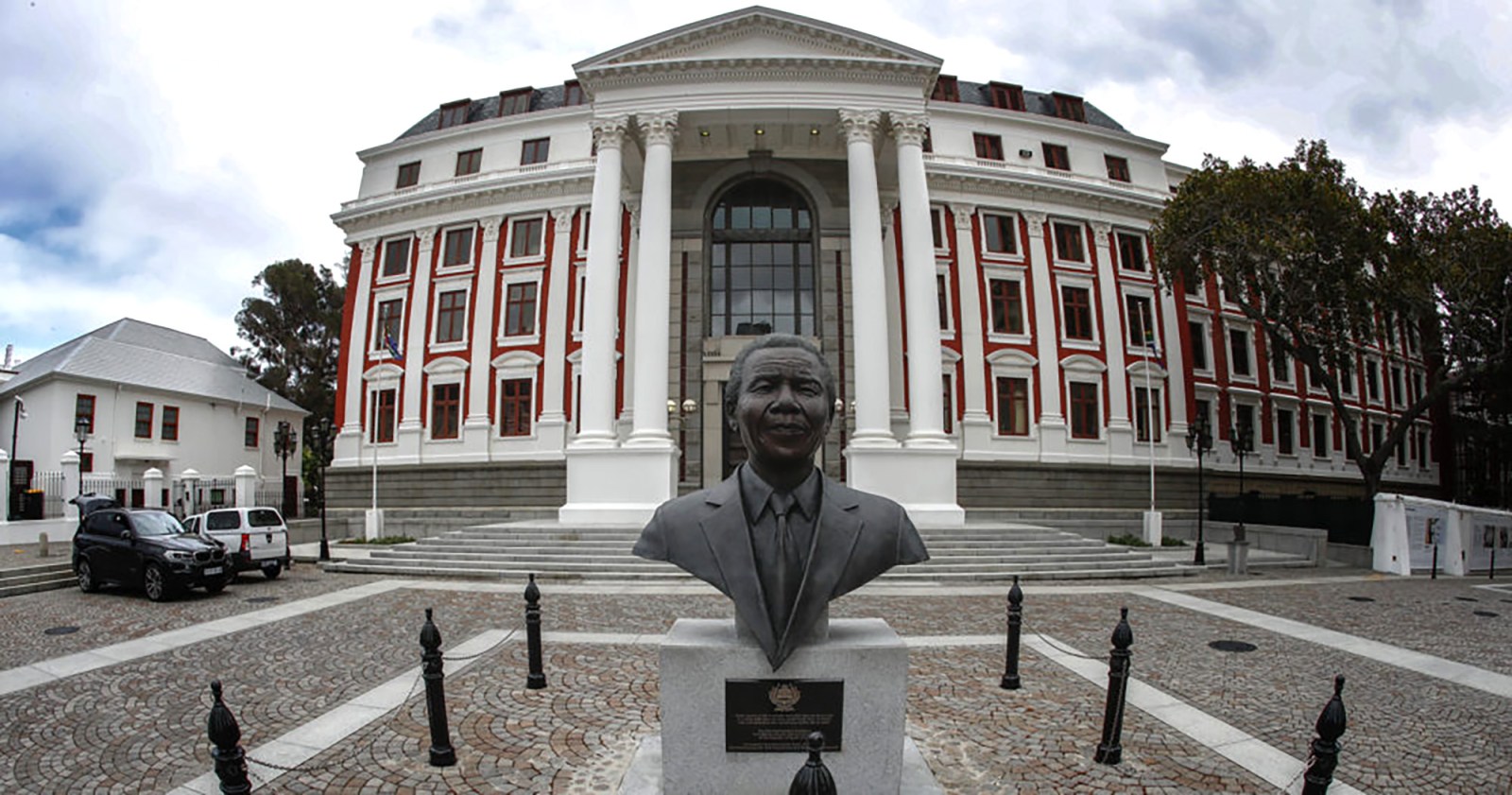 Covid-19 priority vaccinations move at snail’s pace, student protests hit the streets over the R6-billion cut in financial support and rolling electricity outages are back. Ministers know they must account to Parliament — but they want to be asked nicely.

“Maybe the language that we use to make us feel we must account should be moderate… should say ‘Minister you are supposed to represent a report’. No, not to say ‘You must come. We don’t want to hear your reason; you must come’,” said Deputy President David “DD” Mabuza during his Q&A in the House.

It seems that too many a minister who has a date with a parliamentary committee has had to ask to be excused from a meeting of the Cabinet, Cabinet committee or maybe an inter-ministerial committee.

“I’ve noted that there are very abrupt meetings that are set on a daily basis and those meetings seek to disrupt the working of the executive,” said Mabuza, adding that committees should give “ample time to the minister to say we require you to come and present yourself before the portfolio committee on such and such a day”.

It seems ministerial feathers have been ruffled by what they consider to be an inappropriate tone from parliamentary committees. But members of the Cabinet do not seem too bothered about failing to answer parliamentary questions.

A total of 172 were not answered in 2020. Mabuza, as leader of government business, or the liaison between Parliament and the executive, undertook on Wednesday to raise this with his colleagues. Again.

But then those pesky opposition MPs had more questions: DA MP Geordin Hill-Lewis asked if answering parliamentary questions would be linked to ministerial performance agreements; EFF MP Victoria Mente said Mabuza gave the same response as on 25 June 2020, and asked whether since then anyone had been cautioned.

Freedom Front Plus Chief Whip Corné Mulder was agitated enough to issue a subsequent statement, saying “the ANC ministers are demonstrating contempt for the legal parliamentary processes and have no regard for accountability”. The matter would not be left to rest.

On Thursday, apologies for being unable to attend the governance ministerial Q&A in the House were tendered by Cooperative Governance Minister Nkosazana Dlamini Zuma, Public Service and Administration Minister Sezo Mchunu and acting Minister in the Presidency, Small Business Development Minister Khumbudzo Ntshavheni. It was the day of the late Zulu King Goodwill Zwelithini’s memorial service, for which Dlamini Zuma was a co-programme director.

In the House, question time proceeded with the deputies, rather more staidly than down the corridor, virtually speaking, in the National Council of Provinces (NCOP) where Labour and Employment Minister Thulas Nxesi laid down the law – decent wages will be paid and labour laws respected!

Also tendering apologies was National Assembly Speaker Thandi Modise for Thursday’s meeting of the programming committee. She’s in Johannesburg as part of a panel interviewing candidates for the post of Secretary to Parliament alongside other senior MPs over two days from 17 March.

Modise will write to all political parties represented in Parliament to submit names to serve on this multi-party inquiry committee. Timelines remain lumpy; it’s up to the committee once MPs are allocated to chart its way forward.

Disciplinary proceedings recommended Mgidlana’s dismissal with immediate effect in September 2019. In mid-October 2019 both Houses of Parliament approved his dismissal, with just weeks to go until the end of his five-year contract in December 2019.

If MPs return from their five-week Easter recess in early May with the option to deliberate on a new Secretary to Parliament, it would close a difficult chapter in Parliament’s books.

Changes are also under way for the law regulating parliamentary finances, the 2009 Financial Management of Parliament Act. Proposals aim to make it clear what an accounting officer does, to strengthen budgeting and financial management in Parliament and provincial legislatures, and to ensure the law directly applies to legislatures, rather than continuing this through the interpretation of a section in the law.

A draft resolution for the House on Friday requires the Standing Committee on Finance to “review” the Financial Management of Parliament and Provincial Legislatures Act and, if necessary, introduce amending legislation. A report to the House is expected by the end of August 2021, according to the draft resolution seen by Daily Maverick.

Closer at hand is the process to get going with the Section 194 committee inquiry into the possible removal from office of Public Protector Busisiwe Mkhwebane on grounds of misconduct and sustained incompetence, it emerged in Thursday’s programming committee.

Modise will write to all political parties represented in Parliament to submit names to serve on this multi-party inquiry committee. Timelines remain lumpy; it’s up to the committee once MPs are allocated to chart its way forward.

On Tuesday, the National Assembly voted 275 for, 40 against and one abstention in support of taking this next step in the impeachment inquiry. It’s an unprecedented process, steeped in politics.

ANC radical economic transformation (RET) MPs vocally opposed what they described as voting with the DA, or voting with the opposition. While a last-minute special ANC parliamentary caucus laid down the party line as support for the move, 62 ANC MPs did not participate in the vote. Some may well have had a reason such as government business or ill health, but a proportion of ANC RET MPs among those 62 would signal their strength and the level of fracture in the governing party’s parliamentary caucus.

It was agreed that Tuesday’s vote record would eventually reflect how individual MPs voted – as is traditionally reflected in the published minutes.

While voting numbers are reflected according to political party, individual votes have not been recorded since Parliament resumed hybrid sittings in the Covid-19 lockdown that on Friday hits Day 358.

Reasons include that when an MP participates from the virtual platform, is kicked out and re-enters, her/his name features multiple times on the official records. This needs to be “cleaned up”, as the programming committee was told. What matters is who is online when the doors are closed, quite literally for the MPs in the House, as parliamentary tradition allows only those present to cast a vote.

Freedom Front Plus MP Wouter Wessels raised the importance of ensuring individual votes on the impeachment inquiry being captured in Parliament’s minutes, and all other votes following from Tuesday’s.

Deputy Speaker Lechesa Tsenoli moved to allow that it may take a few days to administer the record of the individualised vote. “Let’s have names then as an addendum to (later) minutes so we always have a record.”

No one in Thursday’s programming committee objected.

Getting back to recording how individual MPs vote, is an important step for accountability. And so, Parliament sets the example on transparency, even if its MPs and committees may not take the moderate tone ministers would like. DM