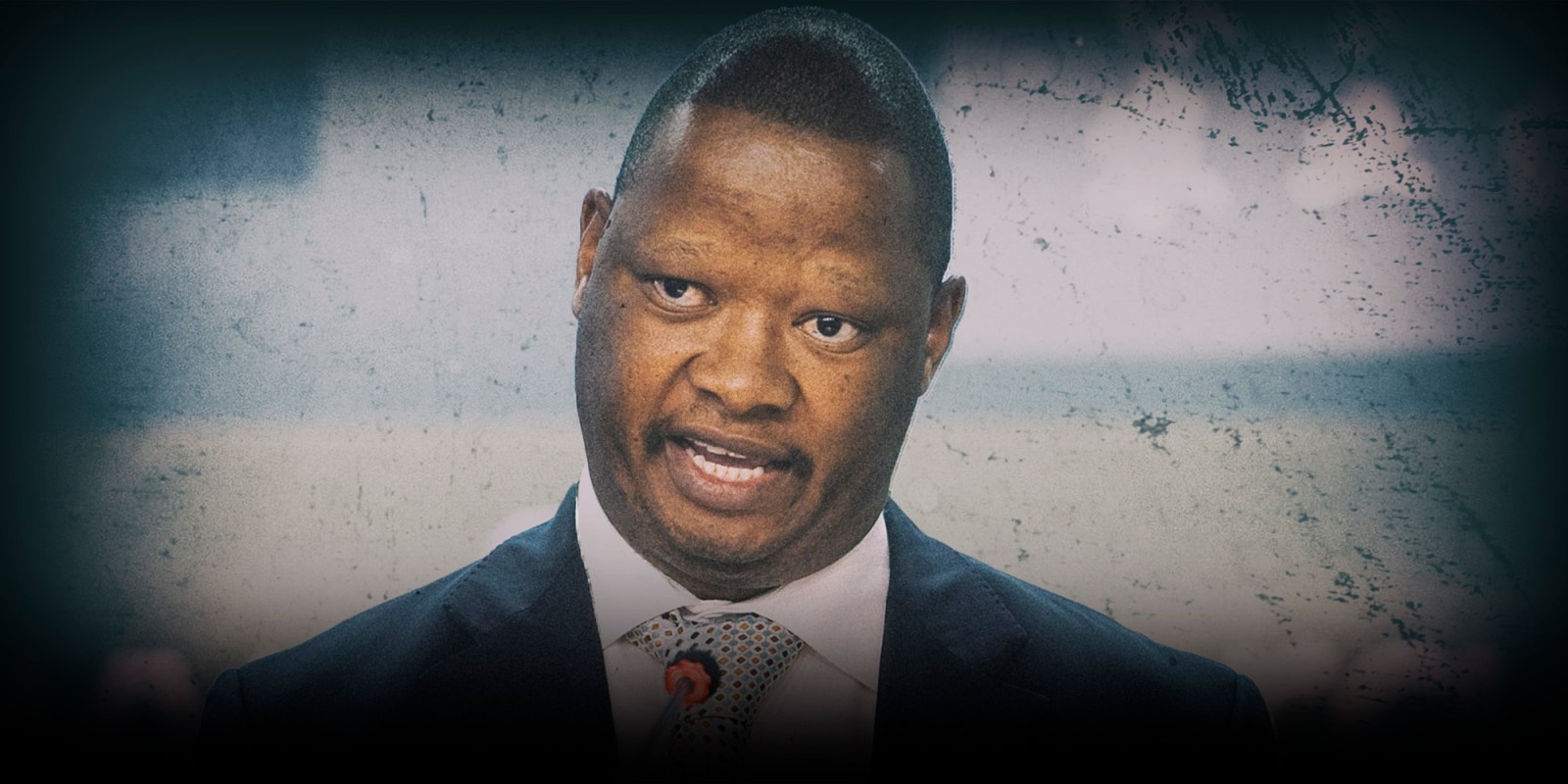 Director for Strategy and Knowledge Management for the Comprehensive Africa Agriculture Development Programme (CAADP) Mr. Gengezi Mgidlana addressing the Plenary at the 36th session of the Committee on World Food Security (CFS), FAO headquarters (Plenary Hall). The CFS is a high-level intergovernmental body focusing on world food security. It acts as a key UN multi-stakeholder forum for discussion, coordination and policy convergence aimed at addressing the roots of hunger and malnutrition. In 2009 the CFS initiated reforms aimed at involving a wider range of participants, including civil society, and increasing its ability to promote polices that reduce food insecurity. Photo: Flickr/FAO

Parliament’s two Houses have agreed to dismiss with immediate effect Gengezi Mgidlana as Secretary to Parliament after the recommendations of an independent disciplinary process that unfolded over two years. Thursday’s formal parliamentary process has closed this saga.

The thing about parliamentary processes is that they may seem curious or odd and even pedantic. But both Houses of Parliament — the National Assembly and the National Council of Provinces (NCOP) — had to formally adopt motions to dismiss Gengezi Mgidlana with immediate effect as Secretary to Parliament because almost five years ago, both Houses approved his appointment.

The presiding officers — National Assembly Speaker Thandi Modise and NCOP Chairperson Amos Masondo — had agreed in September 2019 to accept the independent disciplinary inquiry recommendation of Mgidlana’s immediate dismissal. It was a crucial step, but not the end of the process.

The decision to dismiss Mgidlana had emerged in the Joint Standing Committee on the Financial Management of Parliament on 12 September where MPs were told one of the 13 charges had been withdrawn and acquittal handed down on five counts because the policy was unclear, leaving seven guilty findings.

“On four of the seven charges, he (Mgidlana) was found guilty of serious misconduct with a sanction of summary dismissal. The other two charges (he was found guilty on) were final warnings,” said Modise then. “We have decided to accept the recommendations.”

That decision came after almost two years of disciplinary charges arising out of an internal audit committee investigation. Mgidlana had requested special leave in June 2017 when the probe began and remained on full salary of about R2.8-million a year after his formal suspension in late 2017.

What exactly had been investigated emerged with detail only when the internal audit was attached to Mgidlana’s court bid to review the report in April 2018.

Ditto, the dearth of details of the guilty verdicts. Until Thursday’s National Assembly Order Paper which outlines the disciplinary inquiry findings:

The motion in the NCOP was less detailed, but accepted the disciplinary inquiry findings and “resolves that the Secretary to Parliament be dismissed summarily and his contract of employment be terminated with immediate effect”. Nine of the nine provinces in the NCOP approved this motion.

DA Chief Whip John Steenhuisen said it had taken an inordinate time to get to this point, but rather late than never.

“This is the right thing for us to do,” he said, adding the presiding officers correctly decided on instant dismissal, rather than letting Mgidlana’s contract expire as it would have at the end of November.

“It sends a clear message: We are not going to allow Mr Mgidlana to slip off into the night… into another cushy job. What this does, it sends the right message.”

EFF MP Veronica Mente also supported the move not to let Mgidlana’s contract run out, describing him as “most corrupt who came to enrich himself…” The next appointment panel needed to learn the lessons of this saga — “cadre deployment must never, never, never be utilised”.

IFP Chief Whip Narend Singh said this has “embarrassed all of us”, and it was time the matter was concluded, as African Christian Democratic Party (ACDP) MP Steve Swart called on parliamentary authorities to look at criminal and civil action to recover monies.

While Mgidlana, who in September indicated he was obtaining legal advice, may yet turn to the Commission for Conciliation, Mediation and Arbitration (CCMA), as of now the motions in both Houses of Parliament have closed this chapter.

Meanwhile, not quite yet open for business is Parliament’s ad hoc committee on amending Section 25 of the Constitution to allow for compensationless expropriation, nor the Joint Standing Committee on Intelligence (JSCI).

On Friday the ad hoc committee to amend Section 25 of the Constitution meets to discuss a programme that, according to an official statement from committee chairperson Mathole Motshekga, would include “a two-day workshop with experts envisaged to take place during next month. The proposed names of these experts will be presented to the committee on Friday and confirmed by the meeting…”

In many ways this seems a repeat of what the precursor of this committee did in the final weeks of the pre-May 2019 elections. Then chaired by House Chairperson Thoko Didiza, now agriculture and land reform minister, it heard from legal experts such as advocate Tembeka Ngcukaitobi and retired Constitutional Court Judge Albie Sachs and academics such as Professor Ruth Hall.

The ad hoc committee has until the end of March 2020 to finalise its work on the constitutional amendment to allow for land expropriation without compensation.

Yet to get off the ground is Parliament’s intelligence oversight committee. Briefly established as a temporary measure by a motion in the House so the intelligence budget could be passed in July, that interim structure was dissolved after the Budget was adopted.

A permanent Joint Standing Committee on Intelligence (JSCI) must still be formally established — and meet. Effectively, as of now, there’s no intelligence oversight.

This absence emerged clearly on Tuesday at the public spending watchdog, the Standing Committee on Public Accounts (Scopa). Briefing MPs on vetting, State Security Minister Ayanda Dlodlo expressed her frustration on the lack of the JSCI:

“I’m hoping Parliament speeds up the process. I’m itching to go to the JSCI for various reasons”.

Earlier Mente had raised concern that the JSCI was still not in existence, promising “we’ll deal with that establishment of the committee in other channels”.

“It’s the ANC in Parliament who are dithering. I don’t know if that’s because of the infighting. We are kept completely in the dark.”

Parliament on Thursday responded to a request for comment on reasons for the delay: “Consultations with all relevant parties concerned are currently at an advanced stage, in line with the Intelligence Oversight Act”.

More pressing is another possible change of the date for the Medium-Term Budget Policy Statement (MTBPS) given Finance Minister Tito Mboweni hints on Thursday it may have to take place on 29 October.

Parliament must only be officially asked to change the date, but to expressly permit such a change. That important date in the parliamentary calendar already had been shifted once by a week from to 30 October as President Cyril Ramaphosa is attending the Russia-Africa Summit from 23 October in Sochi, Russia. DM