What a waste: Gauteng’s oversight of public spending is failing 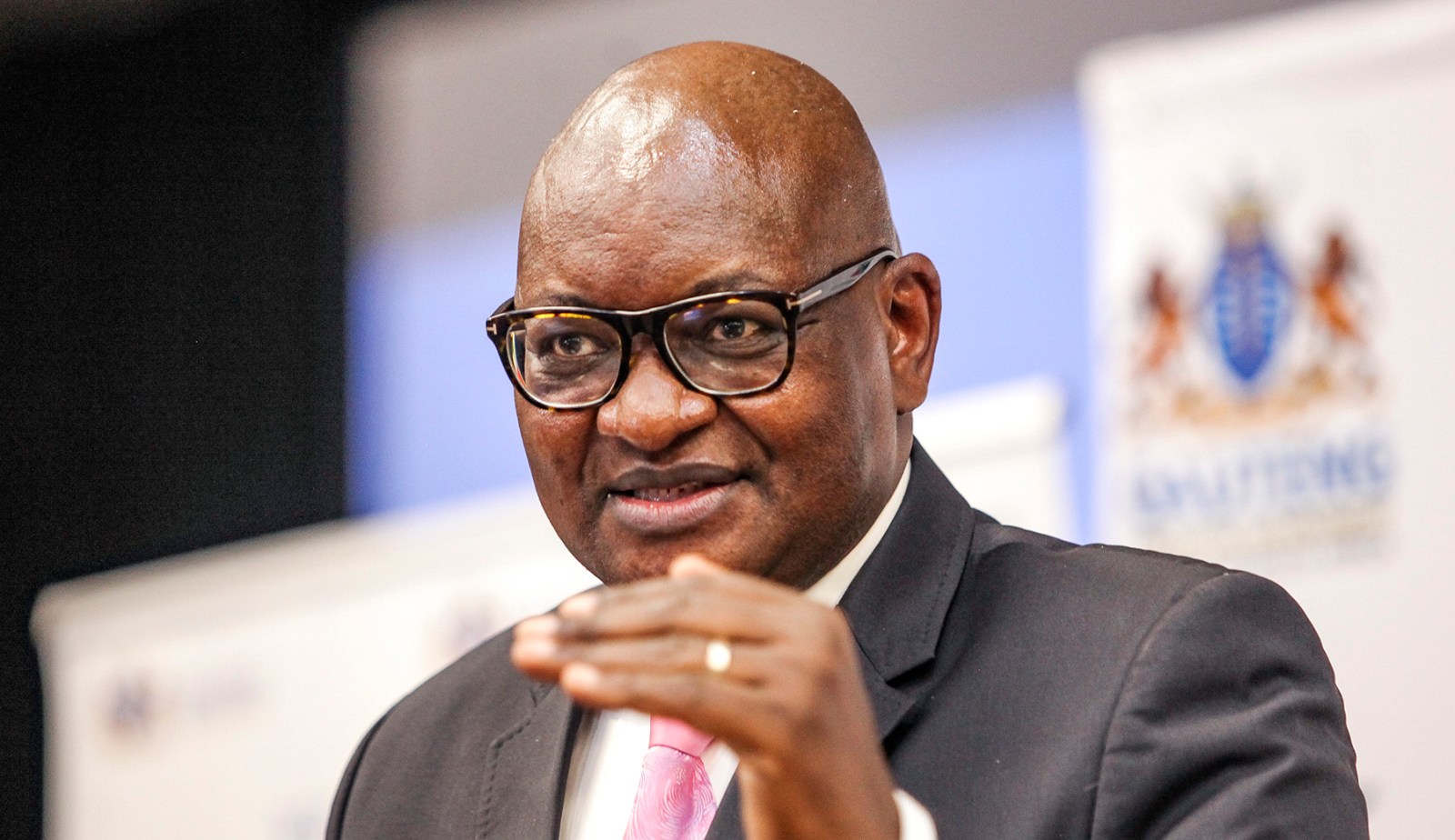 Gauteng Premier David Makhura announces measures to strengthen and support the Department of Health on December 2, 2020. According to a media release, the measures are aimed at bringing deep institutional change in the operations and culture of the Department. (Photo by Gallo Images/Sharon Seretlo)

This week’s revelations by Maverick Citizen of the industrial-scale waste of R117-million on unnecessary ‘fumigating services’ for provincial government buildings are just the latest in a string of scandals bedevilling the Gauteng government.

First there was personal protective equipment procurement; then the costly alternative building technology for the still mostly incomplete ICU field hospitals; then R431-million was spent by the Gauteng Education Department on sanitising schools.

This probably adds up to almost R1-billion in money stolen, wasted or irregularly spent – out of a total of R2.8-billion reportedly spent by Gauteng so far on Covid-19 relief since the start of the state of disaster in March 2020.

This bleeding of money takes place amid growing hunger, homelessness and unemployment in Gauteng (a “place of gold” for looters and the wealthy, but not the poor). Each week, community food kitchens report a struggle for essential foods to cook. Each morning, waste pickers and food scavengers, like flocks of seagulls behind a fishing trawler, follow the refuse-collection service. These days every road intersection is cluttered with men, women and even children competing for curbsides to solicit for food or money.

These funds could be so much better spent. They could generate real economies, protect dignity and save lives.

So the country cannot succumb. Those living in Gauteng and the rest of South Africa have to ask: what is going wrong?

Why is this continuing?

In December 2020, Premier David Makhura publicly warned that “corruption is rearing its ugly head again” and informed the media that the province’s forensic audit unit had been moved to his office. He also said lifestyle audits had been completed on all MECs and would be extended to members of supply chain management committees. In his State of the Province Address on 23 February he repeated these statements, admitting: “The allegations and actual incidents of corruption and irregular procurement during Covid-19 have reversed any gains made in the past five years and have significantly eroded public trust.”

Makhura has promised the outcomes of lifestyle audits and forensic investigations will be made public.

Since July 2020, in the face of demands for more transparency in the use of Covid-19 relief funds, the Gauteng government has been publishing a detailed monthly expenditure disclosure report (see here). There have been seven so far, the latest being for January 2021.

This is an important reform for which the government must be commended. But the question is whether anyone in government is reading or analysing these figures once they have been compiled? Maverick Citizen also has also raised questions concerning the reports’ accuracy.

What, for example, is the role of the provincial legislature and its portfolio committee on finance in examining these reports? As far as we can establish it has not processed or debated these reports and the questions they raise. Has it?

What is the role of the ethics council set up by Makhura in November 2017 with the claim that it would help “institutionalise clean governance‚ build a culture of integrity and fight corruption”. Makhura promised at the time: “This body is going to help me and the executive council to clean up government departments and galvanise society against corruption in the public and private sector in our province.”

As far as we can see, it has been inactive or invisible for the past 12 months. Has it? When partnership bodies like this don’t function effectively they become a fig leaf for government failure. It is important that the public can see their minutes, and be informed about their deliberations and recommendations and whether they are acted on.

Similarly, where is the oversight from civil society organisations working on health, education, corruption and good governance, whose job must now include monitoring budgets and expenditure to ensure that resources reach the poor?

With each revelation comes a promise of an investigation, the Special Investigating Unit is called in, a few officials get suspended on full pay. But then, once out of the limelight, it is back to business as usual.

One problem with this is that it’s an advance payment on impunity to the looters. We might call it the Hlongwa syndrome.

Without systems providing live oversight of public expenditure, irregular, wasteful and fruitless expenditure is often only picked up many months later in the annual audit reports of government departments by the Auditor-General. Then they are clumped together into huge numbers that make it impossible to break down their real societal cost, or to ensure remedial action. Although the Auditor-General now has greater powers to declare certain breaches “material irregularities” and to ensure consequence management, we have not yet had reports from the Auditor-General on how these powers are being exercised and whether they are making any difference.

What is equally worrying is that although our investigation has focused on Gauteng, there is good reason to believe that similar problems of corruption and lack of oversight exist in most other provinces. Next week we will have an exclusive focus on the collapse of health services in the Eastern Cape.

So, sadly the answer to our question is that Gauteng’s oversight is failing. Those who care can only plead that it be fixed. In the meantime it is up to civil society and the media to step into the breach. DM/MC