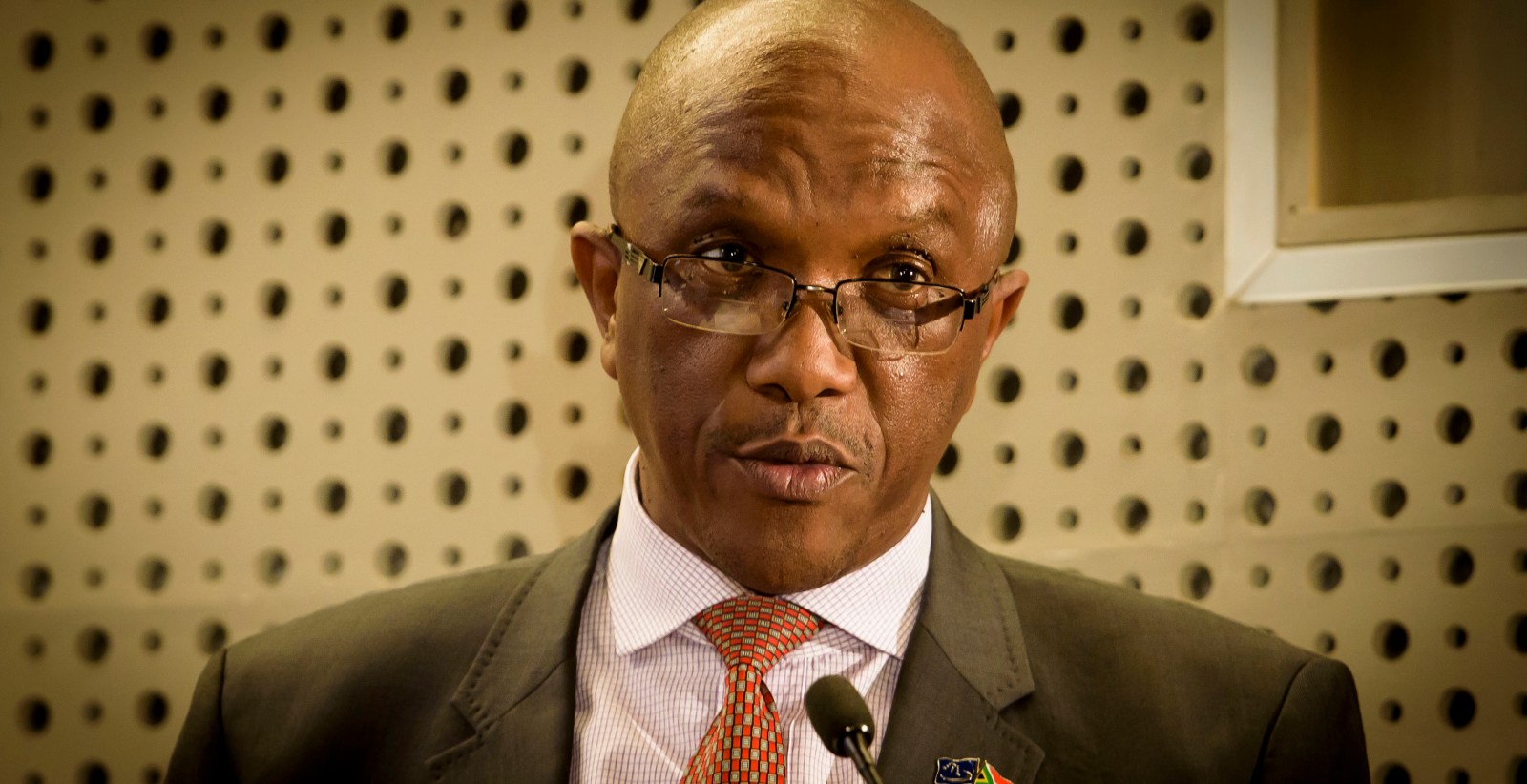 The Auditor-General now has the legislative teeth to enforce recommendations for better handling of public finances. On Wednesday, when the 2017/18 consolidated national and provincial audit outcomes report was released, it also emerged that President Cyril Ramaphosa had signed on to the statute books the Public Audit Amendment Act. This is a crucial milestone in South Africa’s chronically abused public finances.

Another year, another regression. The 2017/18 consolidated national and provincial audit outcomes report released on Wednesday shows a fourth consecutive year of deteriorating compliance with laws and regulations — 75% of those audited flouted the legislative and regulatory framework, up from 64% just a year earlier.

The health of South Africa’s public finances declined as unauthorised and fruitless and wasteful expenditure ballooned in the absence of reliable, consistent and effective internal controls.

And an unprecedented number of audits failed to meet the end of August deadline — 41, up from 26 in the 2016/17 financial year, including arms manufacturer Denel and SA Express and SAA — which are receiving bailouts of R1.2-billion and R5-billion respectively to keep them in the air.

Lack of consequences for those who transgress the legislative and regulatory framework remains a top reason for the continually declining audit outcomes, as it has been for years.

And Auditor-General Kimi Makwetu on Wednesday again reiterated that many of the national and provincial government departments and the 16 State-owned Enterprises (SoEs) audited by his office simply moved too slowly or “blatantly disregarded” the recommendations to meet acceptable audit norms and standards.

There is a direct impact on the already strained public finances.

Fruitless and wasteful expenditure, or spending in vain due to neglect, inefficiencies or poor decision-making, such as incurring interest on outstanding payments, exploded to R2.4-billion. That’s 200% up from the previous (2016/17) financial year, when it stood at R757-million.

Unauthorised expenditure increased year on year by 38% to R2.1-billion, of which R1.821-billion was attributable to overspending on set budgets. This basically means that 82 government departments were unable to settle their debts at the end of the 2017/18 financial year on 31 March 2018.

Irregular expenditure incurred stood at R51-billion, according to the 2017/18 consolidated national and provincial audit outcomes report. But it could increase as 105 of those audited (27%) were still investigating to determine the full amount of irregular expenditure. The Auditor-General could not audit R6.49-billion worth of contracts “due to missing or incomplete documentation — it is not known whether any part of this amount might represent irregular expenditure”.

While irregular expenditure does not necessarily mean wastage or fraud, it does mean procedures, protocols, regulations and laws were not followed — and an investigation is required. Except that in most cases, that is not done. In the 2016/17 financial year 77% of the irregular expenditure of R45.3-billion was not dealt with, while R4.5-billion was written off and R5.7-billion condoned — just R6-million was recovered.

Only eight national departments received clean audits, or unqualified audits with no findings, alongside the statutory oversight Civilian Secretariat for Police, the Government Communication and Information Systems (GCIS), the Office of the Chief Justice, and Parliament. Those government departments are Public Enterprises, Trade and Industry, Economic Development Communications, Science and Technology, Traditional Affairs, Sports and Planning and Monitoring and Evaluation.

At provincial level the the 2017/18 consolidated audit outcomes show five provinces recorded irregular, unauthorised and fruitless and wasteful expenditure above 5% of total budget. In the North West, where most departments are under administration, that stood at 8%, in KwaZulu-Natal 7%, the Free State and Northern Cape 6% and Gauteng 5%, on the back of irregular expenditure incurred by its departments of health (R1.7-billion), transport (R2.08-billion) and human settlements (R1.38-billion). Gauteng and the Western Cape are the top provinces by audit outcome.

On Wednesday Makwetu said the new Public Audit Amendment Act — conceptualised by MPs two years ago and signed into law by the president on Sunday 18 November 2018 —was timely. Instead of leaving it at the “level of persuasion”, there now could be real consequences for material irregularities left unaddressed and unresolved.

“We start moving away from that song we’ve been singing for a quite a long time — lack of consequences,” said Makwetu, adding later: “It’s trying to influence the culture of the past… (there’s) R120-million irregular expenditure, nothing will happen to you… We will separate the stuff that somebody forgot because they had a bad day, from those that are systematic and indicative of deviation from the system of internal controls”.

The new Act gives the Auditor-General the power not only to refer material irregularities uncovered during the audit to law enforcement agencies, but to also issue certificates of debt to personally hold financial and accounting officers such as directors-general responsible for the amounts involved.

Such certificates of debt would be issued after officials failed to redress the material irregularities pointed out and quantified by the Auditor-General. And resigning in the hope of dodging this liability would not work, as the certificate of debt followed that person — also into any new job elsewhere in the civil service.

However, regulations are needed to establish some of the administrative measures, such as the envisioned advisory structure of independent persons to arbitrate officials’ appeals against such certificates of debt or other matters.

Makwetu politely declined to speculate on the impact the greater powers to enforce audit recommendations would have on his staff, who in the past few years have come under increasing threat.

However, at the Standing Committee on the Auditor-General meeting last Thursday with Makwetu, the SAPS and others, it emerged one staffer was shot while staying in a guesthouse during an audit at Mfuleni in Gauteng, and was hospitalised. Police told MPs they were investigating the case as one of house robbery, as laptops and phones valued at R20,000 were taken, but there were no suspects.

Other incidents included Auditor-General’s staff having had the tyres of their cars slashed and windows broken while out on audit to verify assets, while on one occasion they were held hostage because of being mistaken for council management. The audit staff were released once that confusion was cleared up.

“We have put mechanisms in place that when our people feel under threat they know who to contact in the area they are in,” Makwetu said on Wednesday.

That this is happening to a chapter nine institution supporting democracy, like the Public Protector and Independent Electoral Commission, should be a deep concern for anyone in public life.

But the Auditor-General was confident the new powers under the Public Audit Amendment Act would bring about the required change of institutional culture.

“To dismiss it (the Auditor-General’s recommendations) now is high risk,” said Makwetu, who later added:

“We are very excited… that we reached this point because it (the act) adds to other instruments safeguarding public finances.” DM