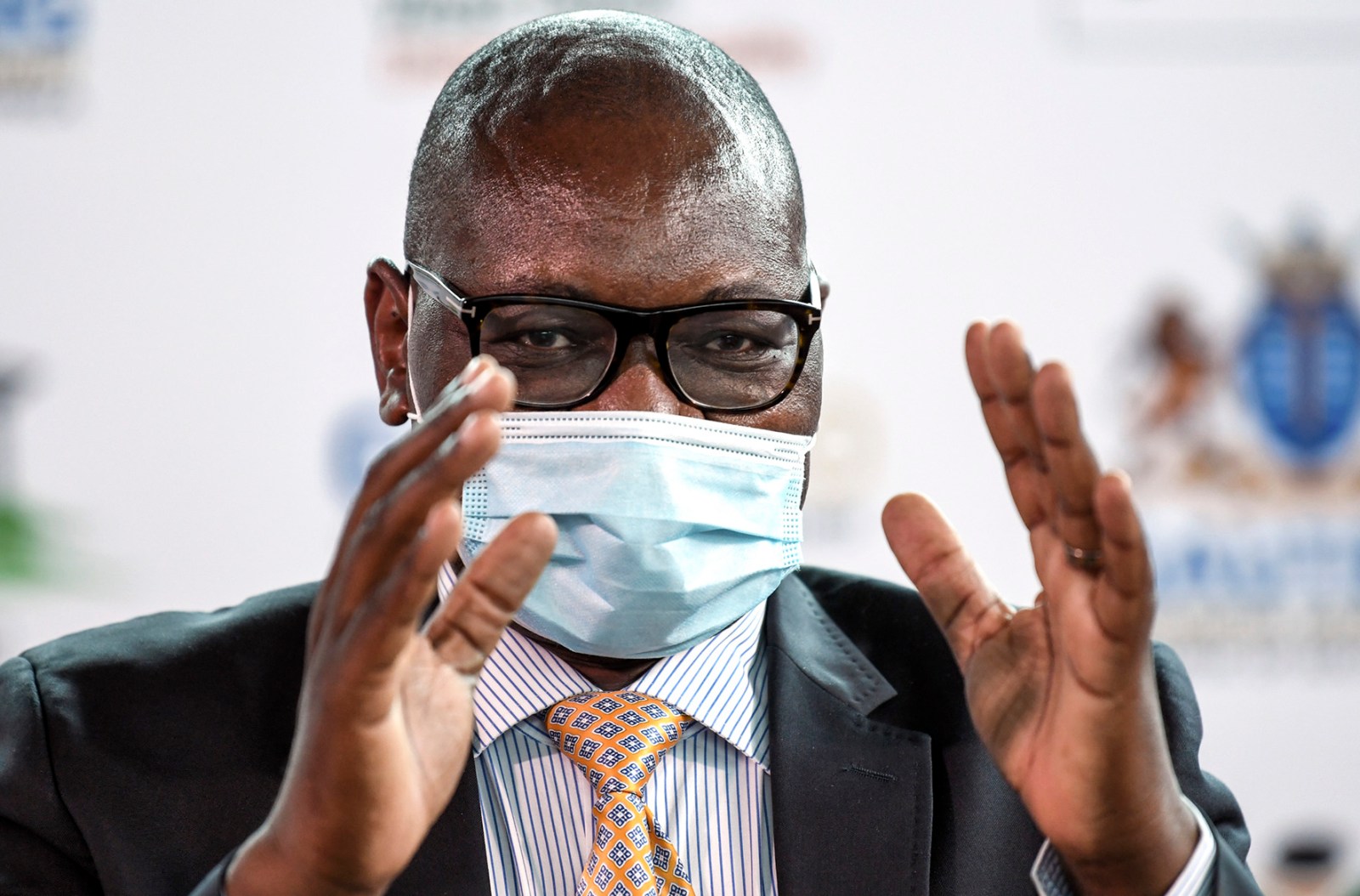 File photo: Gauteng Premier David Makhura during a briefing at Chris Hani Baragwanath Hospital where he announced that he had fired Health MEC Bandile Masuku, for now. (Photo: Chris Collingridge)

In his speech to the last sitting of the Gauteng legislature on Friday, 27 November, a confident and purposeful premier David Makhura came out guns blazing in his determination to ensure that Gauteng recovers from Covid-19 and that the province’s governance and accountability is improved.

Makhura’s address, lasting nearly two hours, was wide ranging and covered many issues and departments in the province, suggesting that Makhura has a detailed knowledge of the challenges Gauteng faces.

He reported how 661,000 jobs had been lost as result of the pandemic and how one third of people in the province went to bed without food, a problem that had been accentuated by Covid-19.

He admitted that even though the Gauteng government had provided food relief to 2.8 million people between April and September, “we don’t have a systematic strategy to deal with hunger in South Africa”.

Of particular significance was the way Makhura spoke bluntly about “the corruption pandemic” in general, and the problems besetting the Gauteng department of health in particular.

Regarding the health department, Makhura said the PPE procurement scandal “just showed up the ugly face of the [health] department”, describing “structural and systemic problems… that have a bearing on financial sustainability”.

Referring to a report on Gauteng Health he had received from the Public Service Commission, he called it a “culture of irregular processes… a systematic culture of undermining clean governance and effective delivery of public health care services”.

To address this crisis, he said an “intervention team has been appointed by the provincial executive” made up of experts and clinicians, who should in particular help “redirect resources from the top to the bottom”.

The composition of the team, which was decided in consultation with the national minister of health, is made up of seasoned public health experts and includes financial expertise and civil society. Its members will be announced next Wednesday.

In response to Maverick Citizen’s questions about the four ICU field hospitals that are still under construction, Makhura said the verdict was still out on whether these investments were “wisely considered”, adding that he planned to visit the sites to see for himself.

Importantly, he pointed out that readiness did not just apply to beds only, but “must be matched with resources and staffing for the new facilities”.

On the broader issue of corruption and financial mismanagement, Makhura was just as blunt.

Starting by pointing out how Gauteng had been on a steady trajectory of improved audit outcomes – his own office and the Gauteng treasury has had eight years of clean audits and the province as a whole had risen to 65% by 2017/18 – he warned that “there are now signs of regression” and that “corruption is rearing its ugly head again”.

“But I want to say that we are not going to take it lying down.”

Makhura announced that the provincial forensic audit unit, which has finalised 73 forensic investigations, had been relocated to the office of the premier and was working closely with the Special Investigating Unit.

Next week he will receive a report from the Auditor General on their continuing investigations into Covid spending.

He also reported that 65% of senior officials, “especially those responsible for allocation and procurement”, have been vetted by the State Security Agency and that lifestyle audits have been completed on all members of the executive council.

“We await the outcomes,” he said, promising that lifestyle audits would be extended to all senior officials, especially members of supply chain management committees.

In his closing words, Makhura made a point of singling out “loyal and ethical public servants”, especially health care workers, for thanks, but pointed out that his thanks were not extended to public servants across the board.

“The rogue ones, we must just get out of the system,” he said. DM/MC