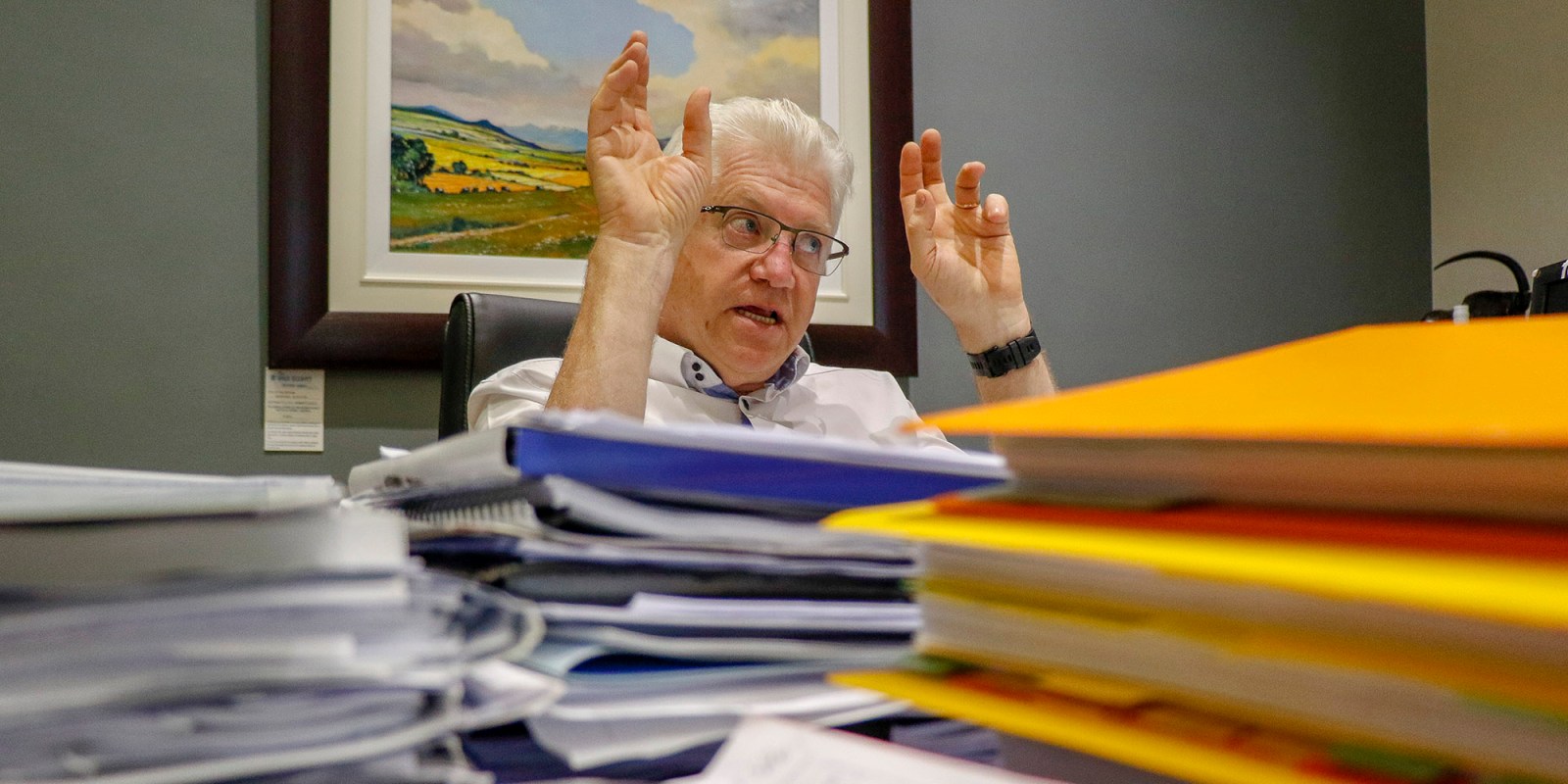 Over the last few months one of the political figures who has been able to navigate the pandemic effectively is Western Cape Premier Alan Winde.

There are structural reasons as to why and how Western Cape Premier Alan Winde has been able to improve the reputation of his party for governance in the province. But there are limits to how far this can go. While Winde and his administration may win kudos from some voters for the way in which they are governing during this situation, he has not been tested on what is still the dominant issue in South African politics: race.

For most people the time of the pandemic is the worst imaginable situation, but for some it presents political opportunities. For those who govern, but who are not from the national party in government, there is a chance to differentiate yourself. For every corruption scandal and misstep in an ANC-governed province, there is a chance for a province or a metro run by another party to show themselves in a better light.

In the case of Winde, it helps that the Western Cape generally has better infrastructure. It does not have the problems that the Gauteng health department has had over decades, with increasing patient load, debilitating corruption and mismanagement.

That said, it will share at least one problem with Gauteng, in that it is likely that patients come from outside the province to its hospitals for medical care.

Winde has also, strangely, received support from none other than the deputy leader of the ANC, Deputy President David Mabuza.

Last year, in the National Council of Provinces, Mabuza said that Winde “is a good man, very positive, is not playing politics while he is on duty… I can tell you that this time you’ve made a good selection as premier.”

While it is rare for ANC members to praise the DA, it was not the first time this had happened. But the timing of it was curious, particularly after the pandemic’s first wave. It is also rare for Mabuza to speak about other political parties at all.

Still, as a general rule of politics (and sport), when your opponents praise you it is often advisable to take it with a pinch of salt. It may well be that Mabuza simply believes there’s no harm in praising Winde as there is a ceiling on how far he can actually go.

One of the tactics that Winde and his administration have used during this time is to differentiate the province from the rest of South Africa.

He described the ban on going to beaches as “nonsensical” and made the case for a relaxation of the alcohol ban.

For some voters these are important issues. These types of statements may work in the alcohol value-chain, and particularly in that province in the wine industry. Some voters may simply be consumers of the finished product, and believe that the national government has its own agenda for retaining the ban on the sale of alcohol.

Winde recently suggested that his province could purchase and import its own doses of Covid-19 vaccines.

This would be a huge move for the Western Cape, and would compel people to vote for his party.

Just as those with means are able to fly to another country to get a dose of a vaccine before it is legally available in this country, so those with means would transport themselves to the Western Cape. If there are any perceived delays in the roll-out of vaccine doses across the provinces, Winde, and his administration, could claim to be standing ready to vaccinate people there.

This underscores how important politically the issue of vaccines could be, particularly if it is seen as being managed badly.

Of course, the national government will not allow this to happen, as it is aware of how politically disastrous it would be if it were to fail citizens while one province was seen to save their lives.

And a national roll-out of vaccine doses probably results in a much lower price and more equitable access to the vaccine. However, it could also be argued that provinces have as much of an obligation to protect their citizens as the national government does (provincial governments are in charge of health and hospitals in their provinces).

One of the important aspects of our politics at the moment is that the DA, through the Western Cape, is able to be given a voice during consultation at the National Coronavirus Command Council (NCCC). While it is the Cabinet that makes the official decision (the document is signed by the Cooperative Governance Minister, Dr Nkosazana Dlamini Zuma), the NCCC is vital to the process.

Its meetings are confidential, but nothing can stop Winde from saying in public what he advised the council. And even if he does not put it as deliberately as that, what he advised can be gathered from his public attitude to issues in the public domain.

This allows him to show how he believes the situation should be managed differently.

All of this is a series of opportunities for Winde and his administration. But there are risks too, and any mistakes can be punished mercilessly.

This includes mistakes in terms of argument. For example, the DA has lost court cases around access to beaches during the pandemic’s second wave. Were Winde or his administration to make arguments in public on an issue and later events showed that they were wrong, the national government and the ANC could use this to say that he and his party do not value human lives.

However, if Mabuza does believe there is a ceiling to how far Winde can go, he is probably right. Politics is not just about allegedly competent, clean administration and governance, as we are reminded every day.

And it is only a matter of time before the issue of race confronts Winde. It is unavoidable in our politics precisely because racialised inequality is still the dominant feature in our society.

If he were to be brought into a space where he is forced to defend the DA’s party line, that race is not a proxy for disadvantage, he could well lose the votes of those, presumably in the majority, who disagree with that policy position.

So, while this period may present opportunities for Winde and the DA, there are still important limitations imposed by the structure of our society. For the moment, it is hard to see how he could surmount them. But the pandemic and his handling of it has given him a firm political base from which to manoeuvre. DM