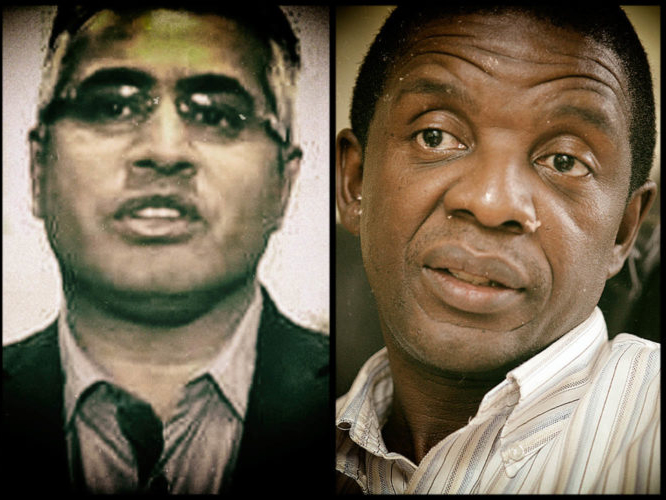 The National Prosecuting Authority has lost a vital first round against the now liquidated Regiments Capital but is studying the ruling.

The High Court in Johannesburg has discharged a draft restraint order obtained by the National Prosecuting Authority (NPA) to secure more than R1-billion in assets belonging to Regiments Capital and its owners, Eric Wood, Niven Pillay and Litha Nyhonyha and their respective family trusts.

A 31-page ruling handed down by Judge Maletsatsi Mahalelo on Monday October 26 puts the essence of the NPA’s defeat down to the non-disclosure of material information.

That, the court found, may have influenced the initial court’s decision to grant the NPA’s much-heralded interim order last year.

The prosecuting authority secured an interim order in November 2019 but has now failed to convince the court why the order, obtained ex parte (a decision made by a judge without requiring all of the parties to the dispute to be present), ought to be made final.

Monday’s ruling says that the State, represented by the head of the Independent Investigative Directorate, advocate Hermione Cronje, had neglected to divulge a full picture of the impact of Regiments’ repayment deal with the Transnet Second Defined Benefit Fund (TSDBF) and factors that may have mitigated against concerns of the potential dissipation of assets.

The State Capture-embroiled company had struck a deal to repay the TSDBF and Transnet last year.

But, the NPA, believing that assets would be dissipated as a result thereof, rushed to court to secure them pending the finalising of its own criminal investigations and efforts to preserve assets that it deemed to have been the proceeds of crime.

The NPA had argued that those deals had formed part of the State Capture project and that Regiments had allegedly worked to benefit the Gupta family.

In its argument, the NPA had charged that Regiments’ shareholders Pillay, Nyhonyha and Wood would face charges of fraud, corruption and money laundering for their alleged role in a criminal conspiracy at Transnet that involved, among others, Gupta kingpin Salim Essa.

But, Judge Mahalelo said: “I agree with counsel for Regiments that it was not appropriate for her [Cronje] to pick and choose what should be drawn to the attention of that [earlier] court, particularly because the State had relied on the anti-dissipation order lapsing as a result of the deal.

“Even if I’m wrong in my conclusion, I still have to deal with the alleged non-disclosure of the Transnet settlement deal.”

Regiments had also struck a deal to make a “full and final settlement” to Transnet for money earned during the controversial contract for 1,064 locomotives and a China Development Bank loan.

Regiments argued that the NPA should have disclosed the settlement agreement to the ex parte court because it was not only relevant but also material to the determination of the restraint amount that was sought in this matter.

The court disagreed with Cronje’s argument that the Transnet deal was not relevant to the disclosure.

Wood, Pillay and Nyhonyha have been at war since 2016 and were most certainly not a united front during the battle against the NPA – but they were allies in their opposition to the State’s case.

The NPA had secured the initial draft order under the Prevention of Organised Crime Act (Poca).

Daily Maverick has previously reported on the State’s case which, in part, sought the restraint because it believed the “defendants” may be charged and convicted of fraud, corruption and money laundering, from which they have benefited by in excess of R1-billion, and that a confiscation order in that amount may follow a criminal trial.

*Responding to the High Court blow, the NPA, via a media statement, said it considered the ruling significant because Regiments gets back its assets and it also sets the bar “high” for future restraint matters.

The National Director of Public Prosecutions (NDPP) would be forced to make a call regarding which documents are material and should be put before court – these may run into substantial volumes, a crucial consideration against the pressing time constraints of the judges responsible for such matters. The NDPP is considering whether to appeal the judgment. DM