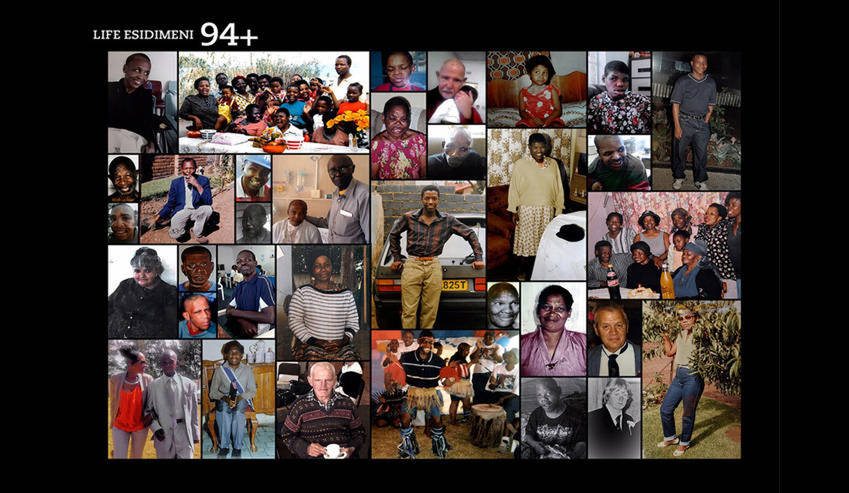 In Gauteng the right of access to healthcare services has been sacrificed on the altar of politics and political factionalism within the ANC. It’s gone on for too long and cost too many lives.

On 3 March 2018 former deputy chief justice Dikgang Moseneke handed down judgment at the end of the lengthy and painful Life Esidimeni arbitration. One of the things he ordered was that “within 12 months” a monument be built at the health department’s expense “to commemorate the suffering and loss caused by the Gauteng Mental Health Marathon Project”.

Thirty months later, there is still no monument.

According to Life Esidimeni family committee representative Christine Nxumalo, “an agreement was reached that a ‘living’ monument will be built – a specialised mental health hospital and district clinics will be added to existing clinics in the five regions to address mental health at a primary level”.

However, “there has been no movement on the building of the monument and no reason has been put forward since the last meetings we had.”

Life Esidimeni was meant to be a “never again moment”. Instead, the Gauteng health department is in the news again, and once more for only bad reasons.

A department that should be playing a curative constitutional role is once again metastasising into a cause of unquantified misery and probably death.

The arrests last week of four of former health MEC and ANC chief whip Brian Hlongwa’s co-conspirators was a promising turn – although we don’t understand why he wasn’t handcuffed as well.

But it also serves as a reminder that it is now more than a decade since the health department of South Africa’s most populous province – now with over 11-million people dependent on its R55-billion per annum budget – was turned into a cash cow for crooked politicians… and that it is the people who have paid.

David Makhura, the premier of Gauteng, seems incapable of cleaning it up – and we have to ask why.

The rot started with Hlongwa and continued during the watch of Qedani Mahlangu, Ntombi Megwe, Hope Papo and – after the caretaker MEC-ship of Gwen Ramakgopa – now seems to be flourishing again under recently fired MEC Dr Bandile Masuku.

After the Life Esidimeni disaster, Makhura had set up a special task team (sound familiar?) to sort the Gauteng health department. It included respected former head of health in the Western Cape, Prof Craig Househam, Michael Sachs (soon after his resignation from National Treasury) and Wits professor Mac Lukhele (who later became head of department, was suspended a few weeks ago and then resigned).

It produced a report and recommendations that were given to the premier in 2018. But, as with so many of its predecessors, the report was not made public and now seems to have been buried.

The reasons are not hard to understand.

It is because in Gauteng the right to healthcare services has been sacrificed on the altar of politics and political factionalism within the ANC.

For example, an insider from within the Gauteng health department told me that the actions of Qedani Mahlangu were not an aberration, but merely a continuation of standard practice. During her first stint as MEC in 2010, for instance, she got away with closing three TB hospitals in the province.

The only unusual thing about Life Esidimeni was that she got caught.

Because of a vociferous civil society campaign, the consequences in terms of the loss of life and human suffering could not be hidden as they had been previously – and she was made to account.

According to Moseneke, she “acted with impunity believing she would get away with murder because the users and families were vulnerable and poorly resourced. She acted with an ulterior motive that remains concealed”, we might add, to this day.

The “ulterior motive” explains why the ANC was so slow to act against Mahlangu and why she is still treated with kid gloves, no doubt in comfortable sheltered employment somewhere.

Bandile Masuku was meant to end all that. He has sometimes been described as David Makhura’s protege and this weekend saw him protesting loudly against the Special Investigating Unit’s findings against him.

Like anyone else, he has the right to be presumed innocent until proven guilty. However, one of the common threads of the lost decade has been political interference by MECs in the operations of their departments. And in this regard there are also allegations from credible sources that, from the beginning of his tenure as MEC, Masuku shuffled around deputy director general posts to appoint “his men” and undermined the authority of department head Mac Lukhele.

Just as was the case with Mahlangu, there continues to be intolerance of independent views within the department. For example, at the very beginning of the Covid-19 crisis, a senior official in the department was placed on “precautionary suspension” for “gross insubordination”, code for exhibiting independence and initiative and trying to do the right thing.

Gauteng health department has now quietly settled that matter for a price, showing they knew they were in the wrong.

Recently, although the focus has been on PPE tender corruption, Maverick Citizen has started uncovering major issues around the hospital infrastructure building programme.

The questions we have raised about the ICU field hospitals (still without any official answers or rebuttals) have only uncovered the tip of the iceberg. There are also red flags around the costs of the hospital refurbishment programme, as well as the costs of the R500-million plus refurbishment of the hospital donated by Ashanti Gold at Carletonville on the West Rand.

We are told the SIU is investigating. But will it take another 10 years before the crooks are even arrested?

One of the avenues the SIU would be advised to investigate is how deep the corruption has been in the Gauteng department of infrastructure development (GDID). Our sources inform us that the placing of all the health infrastructure budgets within the GDID has for a long time offered rich pickings to those shameful souls who thieve at the cost of lives.

It is noteworthy that Qedani Mahlangu, for example, was for several years MEC of this department before she was moved to GDoH.

Grand theft is not a victimless crime. After being robbed blind, Gauteng health department is under severe financial stress and the cuts and underspending it institutes to manage this costs lives and dignity. Think of regular Klebsiella outbreaks. Think Covid-19. Think TB. Think cerebral palsy. Think understaffed clinics and underpaid community health workers.

In this context, the best monument that could be built to the 144 people who lost their lives at Life Esidimeni, would be to set up a judicial commission of inquiry into the decade of malfeasance in Gauteng’s health department – with strict time frames, civil society participation and an understanding that evidence it generates can be used by prosecutorial authorities.

The public needs to learn what it takes to steal a government department, so that it can monitor and practice vigilance in future.

In the meantime though, there is a need to once and for all clean out the Gauteng health department; put it in capable, experienced and honest hands with an unambiguous mandate to do all that is needed to make it work again; and urgently conclude existing criminal investigations against those whose malfeasance has cost so many lives. DM/MC