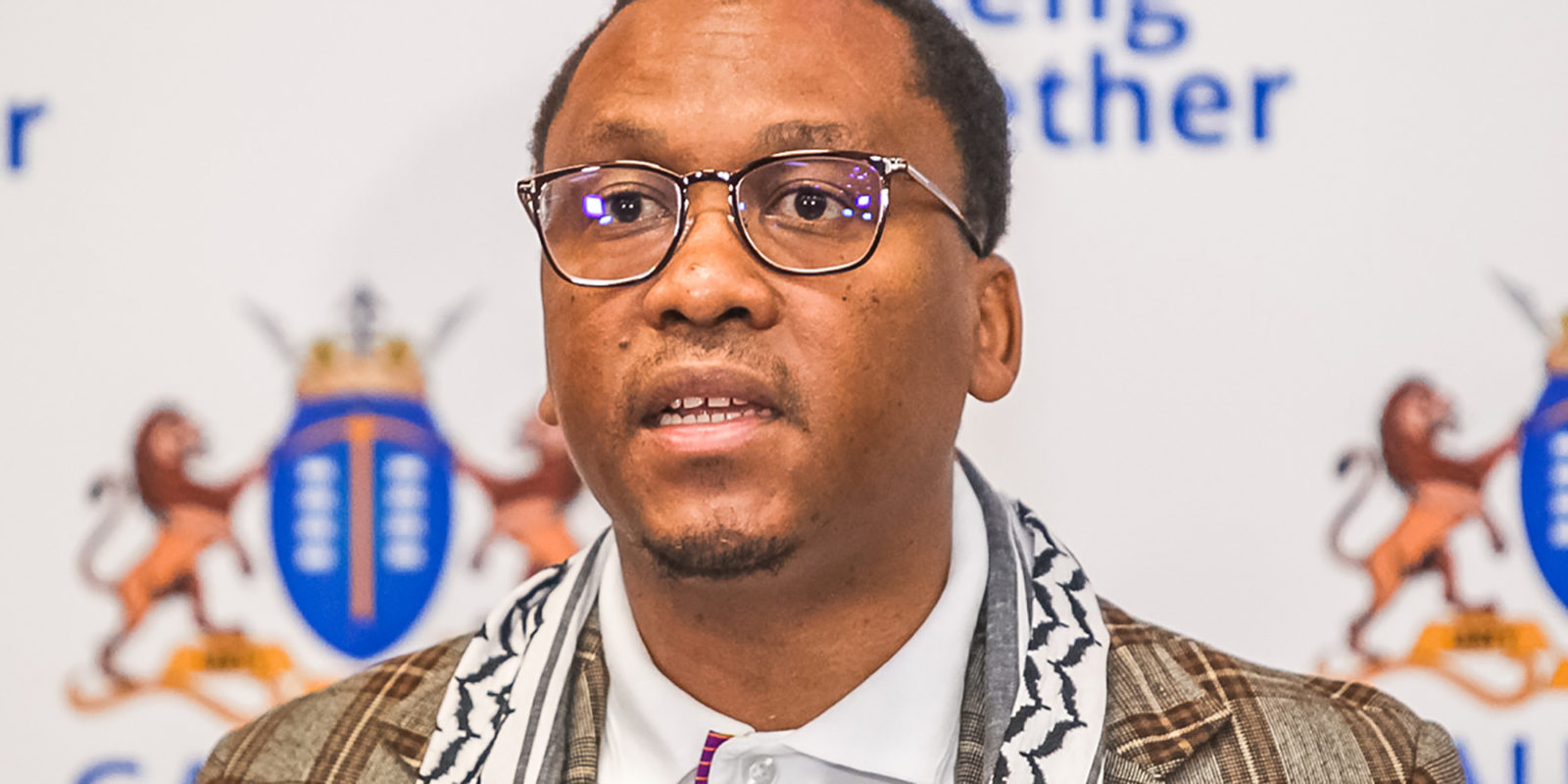 Former Gauteng health MEC has rubbished the Special Investigating Unit’s work that led to his recent removal, claiming the unit based its findings on fiction and failed to understand the law. His legal challenge casts doubt on the credibility of the SIU as the unit leads the fight against PPE corruption.

Sacked Gauteng health MEC Bandile Masuku claims he had no knowledge of controversial personal protective equipment (PPE) contracts awarded to presidential spokesperson Khusela Diko’s husband, that he instituted investigations when issues were raised and was never afforded sufficient opportunity to respond to the allegations against him.

Masuku has submitted an urgent application to the Johannesburg High Court to declare the Special Investigating Unit (SIU) inquiry into his alleged failures declared unlawful and unconstitutional and set aside.

His legal challenge could dent the state’s claim that it’s seriously tackling PPE corruption through the SIU.

The SIU, in updates on its PPE procurement investigation in Gauteng, told Premier David Makhura that Masuku had failed to provide sufficient oversight in the provincial health department, which led to irregular and wasteful spending. Makhura removed the MEC on 9 October.

“The entire letter of [the SIU] is founded upon baseless and untruthful conclusions which are based on illogical inferences, suppositions and conjecture,” said Masuku in his affidavit to the court.

“The overwhelming evidence in my case shows the SIU that came out guns blazing towards me with the sole objective of destroying my pollical [sic] and professional career.”

Masuku is scathing in his assessment of the SIU’s two letters to Makhura, sent in September and October, claiming the institution’s “yarn” makes “befuddled findings” that confuse the role and responsibilities of an MEC with department heads and fail to properly investigate claims that he influenced the awarding of contracts to Thandisizwe Diko’s Royal Bhaca Projects (RBP) and Ledla Structural Development.

“The purported evidence that the SIU relies on to prescribe wrongfulness, collusion and/or corruption on my part reads like something taken from one of John Grisham’s famous legal fiction novels,” he writes.

“With respect, if the State is going to uncover corruption there needs to be better investigative work and investigators ought to be familiar with the elementary tenets of the environment that they are investigating. The findings are simply garbage.”

Shortly after she was appointed, health department supply chain head Thandy Pino told her seniors in the department of PPE procurement irregularities and flagged the contract awarded to Diko. She claimed CFO Kabelo Lehloenya, who has since resigned, had responded that the MEC wants his “own people”.

“I did not instruct the CFO to appoint RBP as that instruction would be unlawful, nor did I indicate to anyone for that matter that I wanted my ‘own people’ to be appointed,” said Masuku.

“I was lawfully neither involved nor could I have asked to be involved as those processes were being undertaken by the Department’s officials.”

Masuku accused the SIU of failing to corroborate Pino’s claims.

When the issues raised by Pino were brought to his attention, Masuku said he asked the Gauteng Audit Services to investigate and was the “de facto” initiator of the SIU’s investigation. He denies he could have intervened earlier.

Masuku was emailed a list of PPE service providers that the provincial government was working with, including Diko’s company, which had been forwarded to the Motsepe Foundation, which wanted to help supply PPE. He said he didn’t open the email until months later.

“I have knowledge of the working of the Department but I do not know each and everything operationally and the law prohibits my involvement in procurement,” Masuku said in his affidavit.

The former MEC, who also faces an ANC disciplinary hearing, said the SIU’s findings had a tremendous impact on his life and had negatively affected his career, reputation and dignity.

The SIU, which stood by its findings when Masuku criticised the institution after he was sacked, is investigating R5-billion worth of PPE contracts allegedly improperly awarded across South Africa.

The perception of President Cyril Ramaphosa’s administration’s response to Covid-19 was seriously dented by widespread allegations of corruption when the government paid for goods and services under the emergency procurement processes, which allowed governments to bypass standard safeguards aimed at curbing corruption.

The SIU, which investigates matters on presidential proclamation, is leading the cleanup act.

Masuku was the first high-profile politician to face consequences for alleged PPE corruption and procurement irregularities, but his court case, if successful, could cast significant doubt on the SIU’s ability to investigate wrongdoing and hold leaders accountable. DM