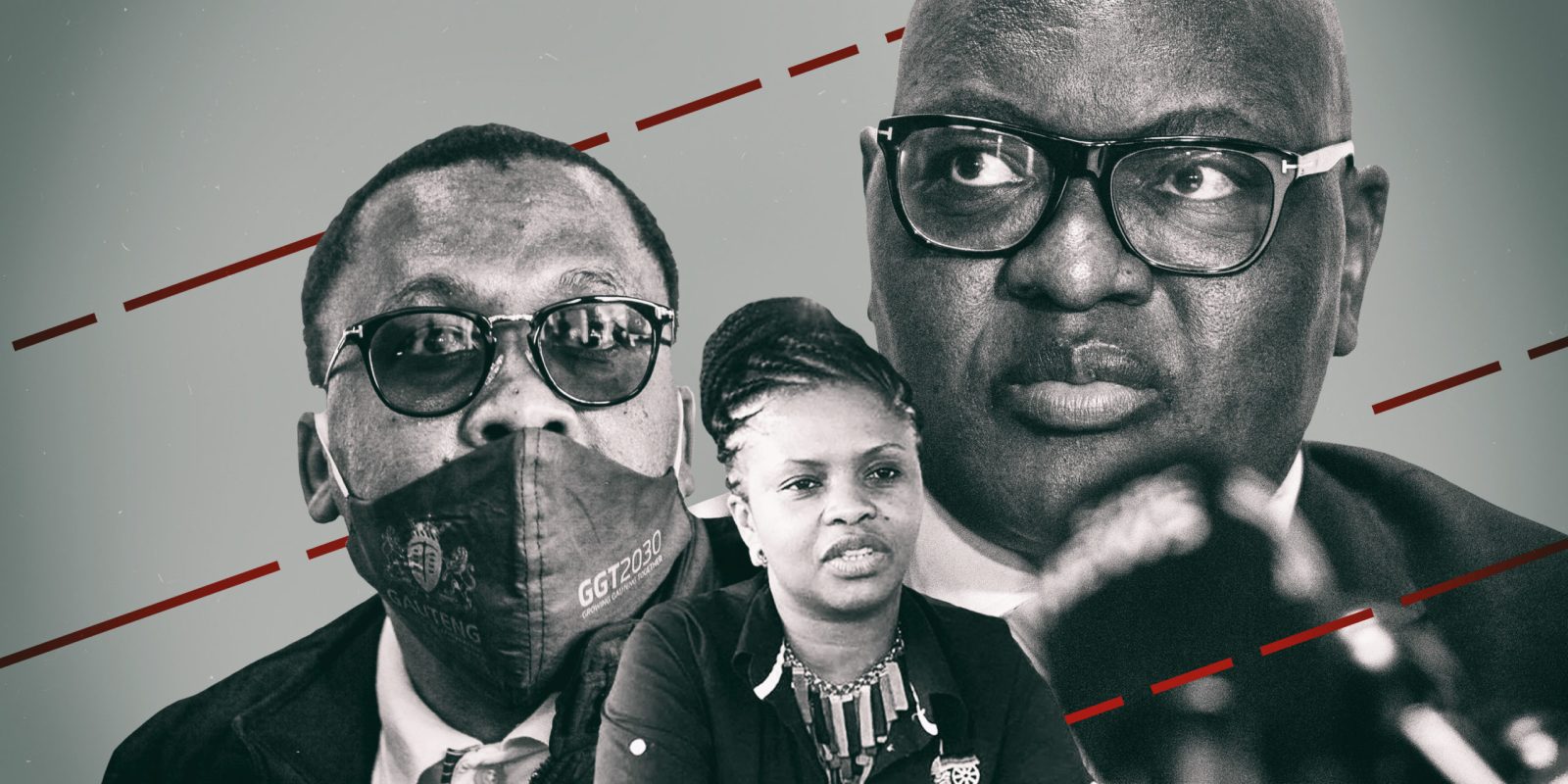 The Gauteng ANC has referred Bandile Masuku and Khusela Diko to the party’s provincial disciplinary committee for their role in the awarding of controversial PPE contracts, but as the ANC wrestles with how to clean up its image, the saga appears far from over.

“The PEC decided that comrade Bandile Masuku and comrade Khusela Diko should be referred to the provincial disciplinary committee of the ANC,” said ANC Gauteng Treasurer Parks Tau on Wednesday after a late-night PEC meeting on Tuesday.

“In order to protect the integrity of the ANC and of the affected comrades, the PEC further decided that comrade Bandile and comrade Khusela should step aside from organisational activities pending the finalisation of the disciplinary process,” he added.

The decision to charge Masuku and Diko, both PEC members, and suspend them from participating in ANC activities comes after the party’s national executive committee (NEC) adopted the line pushed by President Cyril Ramaphosa that members facing corruption allegations should step aside.

While the action taken against the pair appears in line with the party’s attempts to clean up its image, it also highlights the pitfalls and inconsistencies in the ANC’s new approach.

The PEC met in September to consider a provincial integrity commission report, which reportedly said the pair should step aside from their elected positions in the party.

At that meeting, the PEC appeared divided and decided Masuku, his wife Loyiso Masuku, who is an MMC in Johannesburg, and Diko should remain on special leave while the provincial working committee (PWC) attempted to fill the gaps in the integrity commission’s report, said to have been inconsistent and lacking in detail.

Allegations against Loyiso Masuku could not be substantiated and she can return to work, said the party on Thursday.

ANC Gauteng provincial chairperson Panyaza Lesufi said the PEC had now decided to act on the basis of both the working committee and integrity commission reports.

The party also noted Premier David Makhura’s decision to sack Masuku on the basis of a Special Investigating Unit (SIU) report, which found he failed to exercise administrative oversight regarding the PPE contracts.

The role of the ANC’s provincial and national integrity commissions are at the centre of the party’s attempts to act against comrades facing allegations of corruption or maladministration, but they are under-resourced and their recommendations are not binding.

In the case regarding Masuku and Diko, which has the potential to divide the party in the province, it appears the ANC is playing it safe by using the disciplinary committee process, which has recently taken a back seat to the integrity commission, but has clear guidelines under the party’s constitution.

The implementation of the NEC’s resolution that party members charged with corruption must step aside appears ad hoc at best. MP Bongani Bongo, who faces criminal charges in the Cape Town Magistrates’ Court, has refused to budge and continues to head Parliament’s portfolio committee on home affairs.

On Tuesday, Tau emphasised that the party must adhere to its constitution when disciplining its members. The PEC is still drafting the specific charges against Masuku and Diko and has not yet set a date for their disciplinary hearings.

“If there’s criticism around our rules, we have to take those into account and only the conference of the ANC can amend the constitution, but we can’t change the rules along the way,” he said.

Masuku has indicated he plans to go to court to challenge the SIU report that led to his removal as Gauteng health MEC and Tau suggested the party must tread carefully, saying “you don’t want to skip a step of your own organisation”.

Masuku commissioned his own investigation into the allegations against him and the report, compiled by investigator Paul O’Sullivan, cleared him of wrongdoing. The ANC’s Gauteng leaders said they had only considered party and state investigations.

The ANC is seeking a legal opinion on how members accused of corruption should be asked to step aside and Lesufi said that there was an urgent need to develop “the guidelines – who must step aside, when, how”, which he said would be discussed at the party’s next policy conference.

Many leadership positions in the Gauteng health department are vacant following the recent PPE allegations and the provincial ANC said it wants Makhura to appoint a new health MEC immediately.

The premier had said he would not appoint a replacement until the SIU investigation is finalised and he would “gladly” reappoint Masuku if he was cleared of corruption allegations.

Tau said, “The PEC is concerned that for more than a decade this department has had persistent structural and institutional weaknesses that have led to some of these problems that we’re experiencing, including corruption and maladministration.”

Former GP health officials in court for R1.2bn corruption, but Brian Hlongwa off the hook, for now

Responding to the allegations and speculation over his possible arrest, Hlongwa told News24, “We are talking about something that happened 13 years ago. Why must I be arrested? I have nothing to say.” DM