Gauteng ANC indecision on PPE corruption accused is a h... 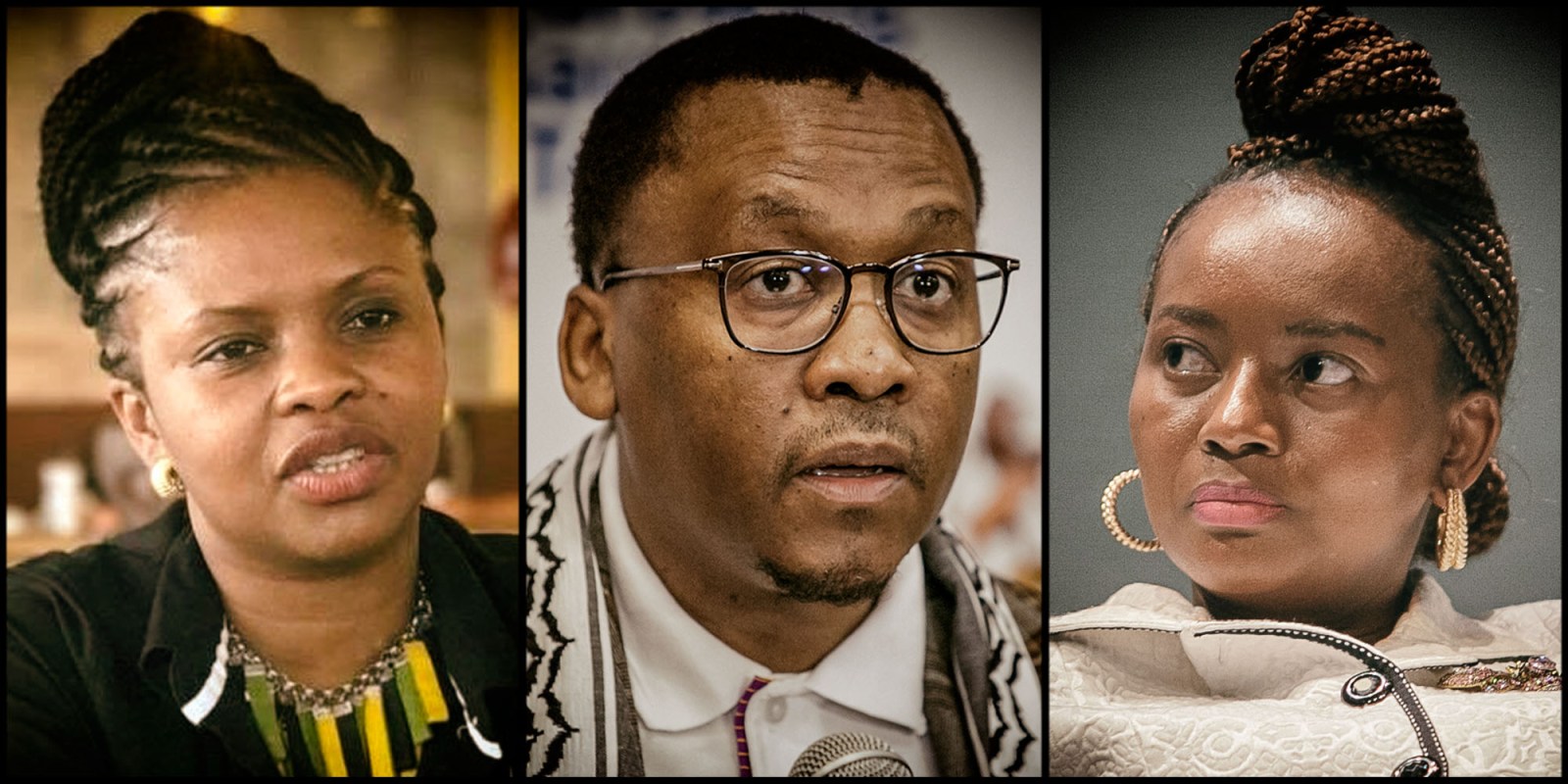 After two days of meetings, the Gauteng ANC is still not ready to act against three top officials implicated in personal protective equipment (PPE) procurement corruption. This delay indicates how tough it will be to implement the National Executive Committee (NEC) decision that those implicated in corruption must “step aside”. With Gauteng serving as a precedent, the fight is bound to be particularly tough. Should the apparent deadlock continue, it could sap energy from the NEC decision’s momentum.

It has now been confirmed that that meeting ran until 11pm on Sunday night. It resumed on Monday and continued for much of the day. On Tuesday morning, the ANC’s Gauteng provincial secretary, Jacob Khawe, confirmed in an interview with SAfm that they were not ready to make a decision.

Khawe says the problem lies with the way in which the provincial Integrity Commission has drafted its findings:

“We found the report to be missing some details that we think we can help come to a determination as it relates to Dr Masuku. They found nothing and they have no ability to [make a finding], and the determination of involvement in corruption can be made by the SIU [Special Investigating Unit].”

So, it appears the PEC does not believe that its Integrity Commission has been able to make proper findings, and that it now needs to wait for the SIU to finish its investigations.

As a result, the PEC has decided that the Masukus and Diko should remain on special leave. “If we allow them [to return] we may send a confusing message…” It has been agreed that they will spend the next two weeks at home.

Some of the reporting over the past few days has used the word ‘robust’ to describe the meeting.

He pointed out that there were 56 people at the meeting, and that 33 of them spoke (virtually) for between six and 10 minutes each, which added to the length (and possibly helped the emerging science around how virtual meetings can certainly feel much longer than in-person meetings).

It is also another indication of factionalism. The body that is making the decision (the PEC) is, in fact, a political body, and thus the accusations and the evidence are not really what is being tested. Instead, what is truly being tested is political strength.

When the factions are balanced, as may be the case here, there will be no fast movement.

To add to the pressure on the Gauteng PEC is the NEC decision, announced more than three weeks ago, that those implicated in corruption must “step aside”.

So far, no one has stepped down, and there is an urgency to create a precedent: what Gauteng decides could certainly add to the pressure on, say, Bongani Bongo to resign from Parliament or Zandile Gumede to march out of the KwaZulu-Natal legislature.

But Khawe denies that this, or that what he calls “national pressure”, has influenced the PEC’s deliberations.

Rather, he says, “we note how we came to power in this province and we will never be arrogant in power. And that’s why we won’t be influenced easily by national politics, but by what serves the ANC in Gauteng.”

This is a reference to the fact that in last year’s elections the ANC retained absolute control of the province by just one seat in the provincial legislature.

Khawe also claims that if someone is implicated in corruption, “it has been in our DNA that we need to put you aside to focus on the matter and also give you a process to clear yourself”.

While the Gauteng ANC has, in the past, acted against some people implicated in corruption, this has failed to prevent further corruption.

The stakes are high for the ANC as a whole, and for those implicated in particular, but they are also big for Gauteng Premier David Makhura in his personal capacity.

Makhura has been seen in public as trying to run a relatively clean administration. The political situation in this province, where his party has come so close to losing control, has required nothing less. But he is certainly aware that the ANC’s reputation is so bad that in the near future the defining quality of a national leader is going to be a CV that’s free of corruption. And he could very well be considered an ideal candidate.

For him to succeed in what may be a longer-term goal, corruption issues need to be managed precisely and carefully. Makhura would not want to let go of someone like Masuku, whom he appointed as Health MEC. But he also would not want to be seen as tolerant of corruption. And he may not have much leverage in the PEC anyway, because he has to manage the different groupings.

So, he has to manage the politics of this particular issue meticulously.

However, in the short to medium term, this apparent deadlock in Gauteng serves as a warning sign of what is becoming increasingly likely in the ANC itself: each and every issue involving someone implicated in corruption is going to be a long, drawn-out affair.

People could end up on special leave for long periods of time, resulting in uncertainty and difficulties with governance. At the same time, factions will emerge around who should “step aside” and who should not. And that cannot be healthy for the party’s already badly tarnished image, or sense of internal alignment.

It’s becoming clear that the three-week-old NEC claim of a “line in the sand” on corruption is already being swept away. DM