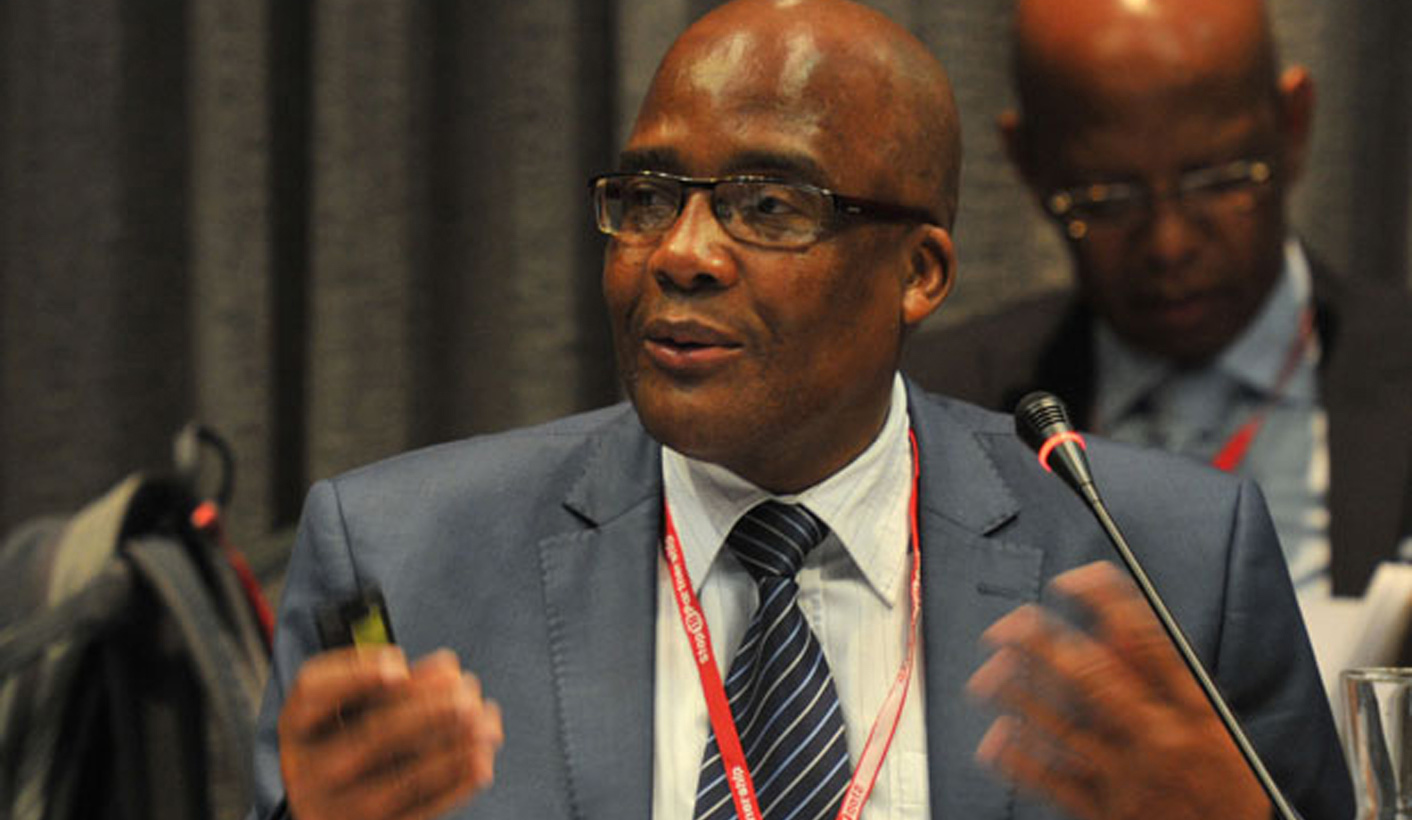 It’s been over a year since patients started dying after being moved from Life Esidimeni. Health Minister Aaron Motsoaledi, Gauteng Premier David Makhura and Gauteng Health MEC Gwen Ramokgopa repeatedly cited the tragedy on Sunday as they announced a task team to save the provincial health department. Is it too little, too late? By GREG NICOLSON.

Aaron Motsoaledi, David Makhura and Gwen Ramokgopa, speaking at a press conference in Johannesburg on Sunday, acknowledged that the provincial department of health is in crisis as they announced the appointment of an emergency intervention team to avoid a total collapse in the province’s health services.

The Life Esidimeni arbitration continues to investigate how 143 psychiatric patients died after the department moved them to NGOs and into home care. Last week it heard testimony from suspended provincial mental health director Dr Makgabo Manamela, who was evasive and refused to take personal responsibility. The Esidimeni arbitration has highlighted chronic problems in the Gauteng health system and forced officials to act.

“If we don’t intervene decisively the whole system is at risk,” said Ramokgopa. Makhura said the provincial health department had “entered a critical period of crisis” and required urgent intervention.

In his report on Life Esidimeni, Health Ombudsman Professor Malegapuru Makgoba recommended Makhura and Motsoaledi take a stronger role in turning the department around. The intervention team they announced on Sunday will be headed by Professor Mkhululi Lukhele from Wits. He will be supported by Professor Craig Househam, Dr Edith Mntla, and Nomvula Marawa.

The team will work with Michael Sachs, Treasury’s deputy head of budget who recently reportedly resigned over interference from the Presidency in the budget process and then moved to the Gauteng government to help sort out the health department’s finances.

“This team is going to be able to help us to say why did we have the collapse in this area,” said Makhura. Ramokgopa, who was returned to the MEC post after Qedani Mahlangu resigned in the wake of the Esidimeni tragedy, said, “If we go at this pace, we take long to get where we are supposed to go. So the intervention team is to come in and help us move as fast and as expediently as possible.”

Motsoaledi said the Gauteng health system is complicated, with a workforce of 68,000 people and 27-million patient visits a year. For years, provincial officials have been exposed as underperforming and unaccountable. The Esidimeni arbitration has brought its failures to light, as did the recent incident where 42 bodies in coffins were stranded on the M1 highway in Johannesburg. The department received an increase in its budget allocation recently as suppliers had not been paid and assets had been seized by the Sheriff of the Court.

Motsoaledi said he had few powers to intervene in provincial health matters. Makhura claimed that past interventions led to improvements, but the department suffered serious problems late last year. “I am certain that there has been recovery that has been drastically undermined,” said the premier, adding that 2016 marked “a very drastic deterioration of the department of health and that’s after it has recovered substantially.

“The MEC and I are digging into the various areas of this deterioration. There’s a very drastic deterioration from last year of the department of health.”

It’s unclear what powers the intervention team will have and how they will turn the department around. Ramokgopa said the team is crucial, considering the head of department is on suspension and its chief financial officer and head of legal have resigned recently. She said the intervention must find a way to hold senior officials accountable. Makhura said it must investigate corruption and hold officials accountable.

The DA’s Jack Bloom said multiple turn-around plans had failed in the past. “Top-level political support will be needed for the new team to succeed as many incompetent deployed cadres should be fired and politically-connected corruption networks destroyed. Massive surgery will be needed to remove all the rot.

“This intervention should have happened far sooner as the department has been deeply dysfunctional for many years.”

Motsoaledi said that after the ombudsman’s call for him and Makhura to intervene, he didn’t know how urgently it was needed. But the minister and the premier were aware as early as September 2016 that at least 36 patients had died after being moved from Life Esidimeni. Their teams worked diligently to implement the ombudsman’s most crucial recommendations, those that would save further psychiatric patients from dying.

Only now have they realised that the Gauteng health department is dysfunctional and requires urgent intervention. The task team, if it’s effective, should be welcomed, but as the officials dithered, many patients might have died or received inadequate care. DM