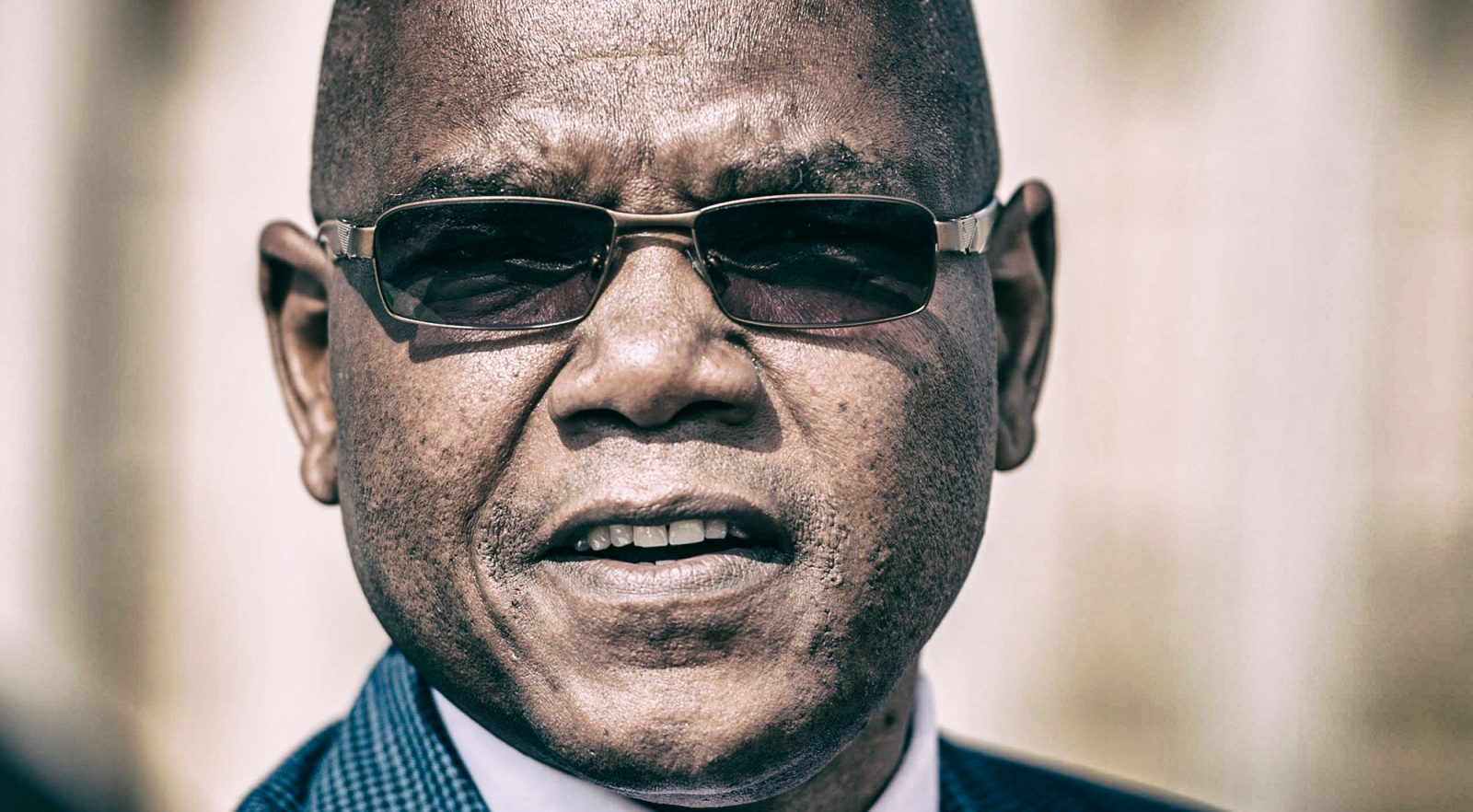 Richard Mdluli was a key cog in the state security machinery that protected Jacob Zuma. On Tuesday, the Johannesburg High Court will sentence him after he was convicted of kidnapping and assault.

Richard Mdluli was relatively unknown before he was unlawfully appointed to head Crime Intelligence in 2009, two months after former president Jacob Zuma was elected. The media then exposed allegations of kidnapping, intimidation and assault, committed a decade earlier while Mdluli was commander of the Vosloorus police station.

The former Crime Intelligence boss was a key member of a group of justice and security sector leaders who protected Zuma and hounded his opponents. After years of legal wrangling, the first criminal consequences he will have to face, however, relate to the allegations that brought him to the public’s attention.

On Tuesday 28 September 2020, the Johannesburg High Court will hand down its sentence against Mdluli and his co-accused, former police officer Mthembeni Mthunzi, who in 2019 were found guilty of the 1998 kidnapping, assault and intimidation of Oupa Ramogibe, who had married Mduli’s customary law wife, Tshidi Buthelezi.

Mdluli and Mthunzi went to a house in Vosloorus where they assaulted Buthelezi’s friend, Alice Manana, forcing her to disclose Buthelezi and Ramogibe’s location. The two cops then found the pair in Orange Farm and assaulted Ramogibe. Ramogibe was murdered in 1999. Mdluli was charged with Ramogibe’s murder in 2011, but the charges were later dropped.

The SABC reported that Judge Ratha Mokgoatlheng, who began handing down the sentence on Monday, said Mdluli and Mthunzi abused their position as police officers, took the law into their own hands and acted in an “extremely egregious” and “cavalier” manner.

Prosecutors have called for jail time, while Mdluli wants a non-custodial sentence, calling for leniency because he has family members to support and might be vulnerable to Covid-19 in prison.

“I don’t want to say the state has an agenda against me. The prosecutor might have reasons for wanting to take me to jail. I am asking for mercy from the court, to feel for me and my children,” Mdluli told the court in March.

Mdluli also faces charges of fraud, corruption, theft and defeating the ends of justice for allegedly looting Crime Intelligence’s secret service account. That case is due back in the Tshwane High Court on 10 November 2020.

He’s been accused of using the fund to pay for R190,000 in security upgrades at his home, buying luxury vehicles and spending R300,000 on personal travel expenses. He’s also accused of using Crime Intelligence to employ and pay unqualified family members up to R5-million while he apparently still wielded power at the institution after he was suspended in 2011.

According to the DA, the state paid Mdluli R12.2-million while he was suspended before he agreed to retire in 2018, while disciplinary and criminal charges against him were repeatedly interrupted and civil society groups continued to try to hold him accountable.

Mdluli has been described as influential in both Zuma’s election and grip on power.

“President Jacob Zuma seems to be creating a personal shield and spear in the justice and security sectors: a phalanx of praetorian guards allied to him and to each other,” amaBhungane’s Sam Sole wrote in 2012, naming Mdluli as an apparent central member of the group.

His influence has been linked to his reported role in investigating members of the Scorpions as the elite unit took on SAPS national commissioner Jackie Selebi. He has been closely linked to former NPA bosses Nomgcobo Jiba and Lawrence Mwrebi.

He is suspected of handing over the Spy Tapes to Zuma’s legal team, which were the basis for the 2009 decision to drop corruption charges against the soon-to-be president. Before the ANC’s 2012 Mangaung conference, Mdluli wrote to Zuma offering to “assist the president to succeed”.

“Mdluli’s tenure was characterised not only by criminal charges against him and key members of his staff, but also by his removal of highly skilled and dedicated members from his division. The officers Mdluli purged were simply upholding their oaths of office to act against criminality that came to their attention,” Johan Burger and Gareth Newham from the Institute of Security Studies wrote after then police minister Fikile Mbalula announced Mdluli’s early retirement 2018.

He has also been linked to Crime Intelligence’s investigation into the “Zimbabwe rendition” saga, which was used to justify the purge of senior members of the Hawks who were investigating high-profile cases, including the upgrades at Zuma’s Nkandla home and the Crime Intelligence secret service account.

The Zondo Commission continues to investigate Mdluli’s role in State Capture and his corruption charges will likely drag out in court, but the former Crime Intelligence boss will on Tuesday finally face consequences for abusing his position of power to kidnap and assault Ramogibe and Manana, charges that Mdluli was able to evade for years while he advanced Zuma’s agenda. DM