Analysis: The rise and fall of Richard Mdluli, a man who damaged our society 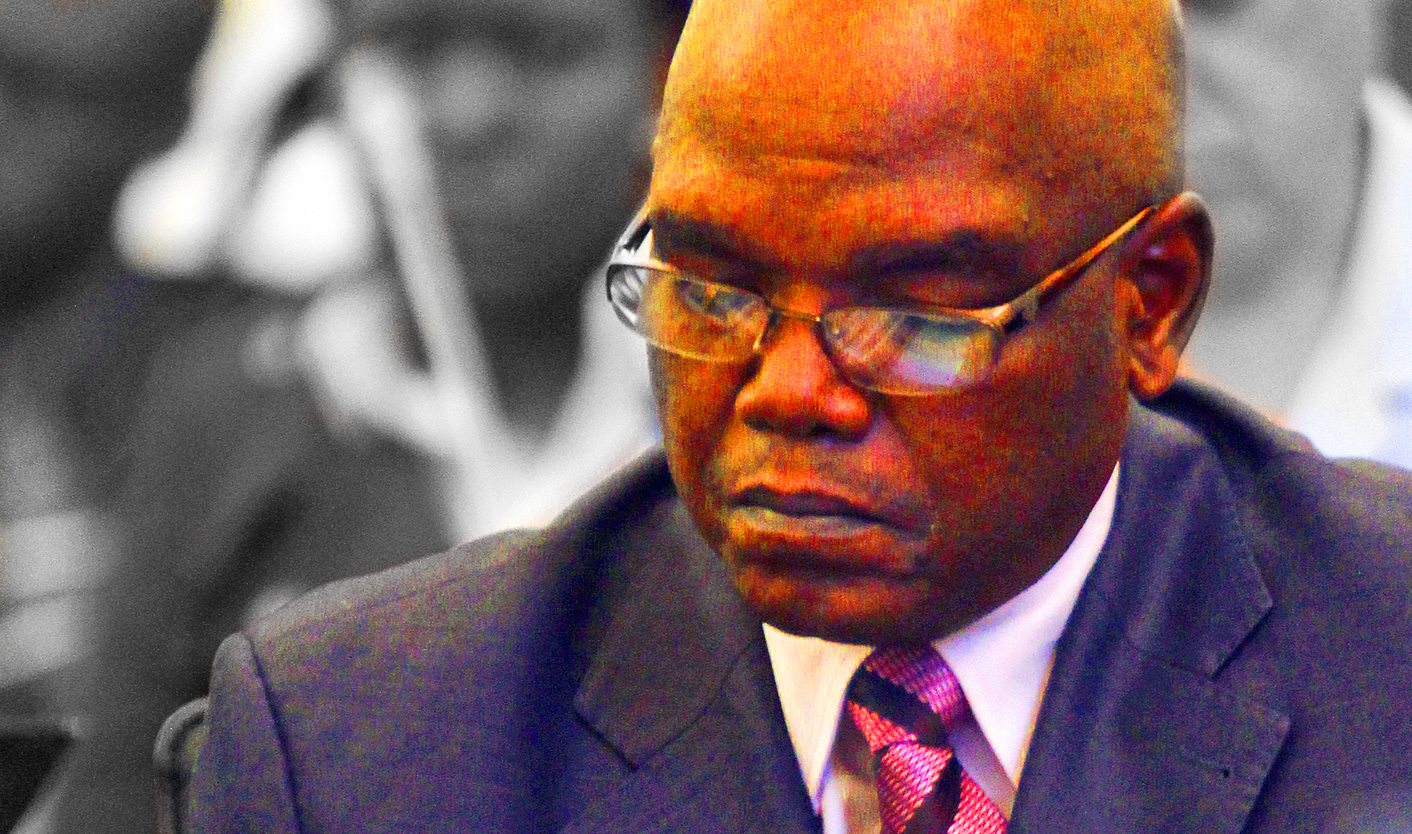 Jacob Zuma may never have become president if it were not for Richard Mdluli. The story of the man who is now finally leaving the formal position of head of the Police Crime Intelligence Unit is intrinsically linked with that of Zuma, and his rise to power. Now, in a week in which the Assets Forfeiture Unit has started to freeze the assets of companies linked to the Guptas, less than a month after someone who is not Zuma’s ex-wife became leader of the ANC, Mdluli is walking the plank, just as the ANC’s national executive committee starts to withdraw into a four-day conclave. By STEPHEN GROOTES.

Ten years ago South Africa was a very different place. There was still hope, then, that a strong political leader, despite having the political leverage of being head of the ANC, may not be able to ascend to the Union Buildings if facing serious corruption charges. The charges stemmed from the conviction of Schabir Shaik and Zuma knew a legal reason was needed to drop them. It seems likely that Mdluli provided that reason in the form of what is now called the Zuma Spy Tapes. The recordings revealed that the then former NPA head, Bulelani Ngcuka, and the Scorpions head, Leonard McCarthy, were plotting against Zuma. How those tapes ended up in the hands of Zuma’s attorney, Michael Hulley, has never been explained. Such was the context around Mdluli that he, after all these years, remained a prime suspect.

This is a man who stayed in office (albeit suspended) despite facing charges of murder and kidnapping. A man who, before the ANC’s 2012 Mangaung Conference, actually wrote a letter to Zuma offering that he “would assist the president to succeed”. A man who appears to have helped loot the crime intelligence unit’s slush fund. A man who had the power to somehow still run the crime intelligence unit despite being officially suspended. And the man who damaged the NPA, possibly irretrievably. Given the history of the last 10 years, it is surely impossible that any of this could have happened unless he was protected by the highest office in the land. And earned over R8-million while being “suspended”.

It was Police Minister Fikile Mbalula who announced on Wednesday that by “mutual agreement” Mdluli was leaving office. Mbalula, a man who clearly knows which way power is going (in 2007 he supported Zuma, in 2012 Julius Malema and Kgalema Motlanthe, in 2017 Nkosazana Dlamini Zuma and now Cyril Ramaphosa) and who was once at odds with Mdluli. Six years ago, politicians suddenly realised how vulnerable they were to having their phones tapped. Mdluli would be the person who would make that happen. Mbalula was eventually forced to go public with his claims. Even someone as politically dizzy as Mbalula is unlikely to mourn Mdluli much.

Mdluli’s tentacles have extended far and wide. Five years ago, then NPA prosecutor Glynnis Breytenbach was in charge of the case against him. Suddenly, just as she was making progress, she was suspended amid claims of misconduct in another case. The disciplinary hearing that followed was a farce, and she was eventually acquitted. But two people who played key roles in this charade were also Zuma’s key figures at the NPA. The woman who actually suspended her was then acting NPA head Advocate Nomgcobo Jiba. The other was head of the NPA’s Commercial Crimes Unit Advocate Lawrence Mrwebi. Both are currently on “special leave” following the most damning judgment against them. At every step the two have acted in a way that would favour Zuma. It’s a pattern of behaviour that we are very familiar with.

In some ways, when the history of this era is written, the Breytenbach disciplinary hearing may in fact be a major turning point in the fight against Zuma. A group of media organisations went to court to report on the proceedings, to ensure that reporters were allowed inside. They won. It was surely this, the public attention, the transparency, the blow-by-blow reporting, that ensured justice was properly done. After that ruling other hearings were deemed open as well. This means that hearings around Eskom’s Matshela Koko and the SABC’s Hlaudi (we’ve forgotten his surname already) were then opened up to public scrutiny. In some cases that made it impossible to stop justice, in others it was less successful. And the heart of it was Mdluli.

Much is likely to be made over the next few days of how Mbalula has finally managed to get Mdluli out of office. It will all be rubbish, of course. The technicalities of how he was removed really don’t matter. If there is one thing that Zuma taught us when the charges were dropped against him in 2009, it’s that procedures and the law aren’t important – political power is what matters. Which means former police minister Nathi Mthethwa could have removed him years ago. That Nkosinathi Nhleko, the opera lover who defended Nkandla, could have removed him. And that Mbalula himself could have acted last year. But he didn’t, because he didn’t know then that Zuma/Dlamini Zuma would lose the ANC’s Nasrec conference.

Those looking to Mdluli’s fate to examine whether it could be an indicator of what will happen to Zuma are likely to be disappointed. Mdluli still faces criminal charges, but in the meantime he gets his full pension and all other benefits. Punishment for what he got up to while in office, and while officially suspended is unlikely, for now.

The story of Mdluli is another reminder that life isn’t fair, that people who do wrong don’t get punished. It is important to remember the damage he has done to our society. It’s not just that he helped a man who was unfit for power to become president, and then kept him there. It’s that he seems to have almost completely decimated the Crime Intelligence Unit of a police service in a country suffering from mind-numbingly high levels of violent crime. Expert after expert has lamented the failure of police crime intelligence to both forewarn about criminal acts, and to help catch the perpetrators afterwards. Most of these crimes involve violence.

Because of Mdluli, and his actions, and his focus on politics rather than his official job, people have died.

At some point during Zuma’s rise to power he needed illegal access to secret records. Mdluli was not the only one. But he was an important lever, a wedge if you like, for Zuma to get into power. Now, finally, that wedge has gone. It seems unlikely that this would be happening if it were not for Ramaphosa’s victory. Perhaps he can smell which way the wind is blowing, maybe he is turning against Zuma, or it could be that he realises he is out of options. Either way, it’s another of Zuma’s allies that is no more. More will soon follow. DM