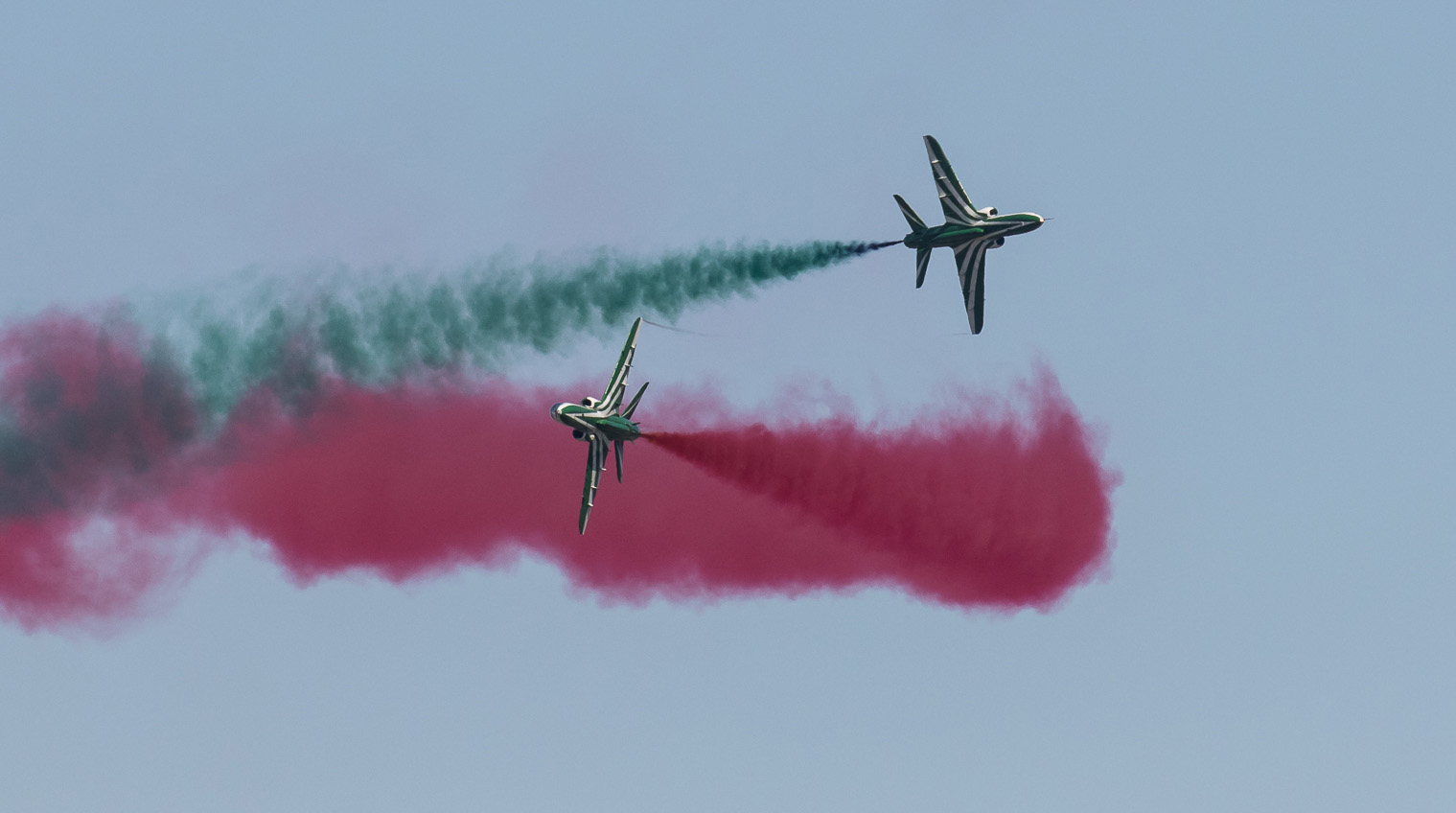 Video recordings of the bombing sorties are being withheld by the RAF, which refuses to release the footage in case it upsets diplomatic relations with Saudi Arabia.

An oil-rich dictatorship, Saudi Arabia is one of the UK’s closest military allies. The RAF is providing support to the Saudi bombing campaign in Yemen, the world’s worst humanitarian crisis.

British officials felt the footage was so sensitive that they decided it was not in the public interest to disclose the tapes.

The Ministry of Defence (MOD) said in response to a freedom of information request by Declassified that disclosure would reveal the “effectiveness and capability” of Saudi pilots, as the videos show “the impact of the air-to-ground attacks, such as how much damage they can initiate”.

Details about the types of missiles used, the Battle Damage Assessment and Collateral Damage Estimation are also being withheld.

The MOD even “requested the consent” of the Saudi air force “about releasing information on RSAF pilots” but declined Declassified’s request before the Saudis had “provided their views on the matter.”

The cover-up comes while the Saudi-led coalition stands accused of conducting airstrikes on civilian targets in Yemen, including hospitals and weddings.

According to the Yemen Data Project, at least 18,500 civilians have been killed or injured in airstrikes since the war began in 2015.

Campaign Against Arms Trade told Declassified the Saudi tapes should be published. Its spokesman Andrew Smith said: “UK-trained Saudi pilots have had a devastating impact on Yemen, where they are flying UK-made fighter jets and dropping UK-made bombs. We should have every right to see these videos and to know the full details of what training is being done in our name and on UK soil.

“The fact that these tapes will expose how much damage these weapons can initiate is precisely why they must be made available, because these weapons are being used right now in Yemen, and the impact has been terrible.”

More than 100 Saudi air force pilots have learnt to fly at RAF bases in the UK over the last decade, with some undergoing training as recently as July.

All of the Saudi pilots “are trained to the same standards as RAF combat ready pilots,” according to the MOD.

Assiri, who now runs the ALQST human rights group, added: “There’s no support inside the country for these violations – even the royal family is now divided on the issue. And by training these Saudi pilots, and enhancing their capacity to attack Yemeni civilians, the UK is participating in war crimes and contributing to the world’s worst humanitarian crisis.”

Around a third of the UK’s training for Saudi pilots has taken place at RAF Valley in north Wales, where cadets have learnt how to fly the Hawk jet despite local opposition to the scheme.

The Hawk is made by British arms giant BAE Systems, which has supplied £15-billion worth of equipment and support to the Saudi military since the Yemen war began.

When challenged in court over the arms sales, MOD officials have sought to defend the exports by highlighting the training it has provided to the Saudi air force.

In August 2016, the MOD’s director-general of security policy, Peter Watkins, said in a witness statement: “This has included training them in the use of specific precision guided munitions, such as Paveway IV and Storm Shadow.”

The Paveway IV is a 500-lb smart bomb whose guidance system is made by the arms company Raytheon UK at a site in Glenrothes, Scotland. Raytheon’s UK operation is chaired by Conservative peer Lord Strathclyde.

Human Rights Watch believes the Saudi-led coalition may have committed a war crime when it used a Paveway IV missile to bomb a food warehouse near Yemen’s Hodeidah port in January 2016.

Although the MOD refuses to release videos of Saudi pilots training with such weapons in the UK, the RAF has previously published footage on its YouTube channel of a British pilot dropping a Paveway IV missile on Garvie Island in northern Scotland.

Garvie Island, near Cape Wrath, is one of five locations in the UK which RAF pilots use as “air weapons ranges” to practise bombing. The other sites are Tain in the Highlands, Pembrey Sands in south Wales, and Donna Nook and Holbeach in eastern England.

As well as using bombing ranges in Britain during their flying lessons, Declassified can also reveal that the Saudi military pilots are allowed to use dozens of civilian airports in the UK for practice.

Although it was already known that Saudi pilots at RAF Valley can use the nearby civilian airport at Ronaldsway on the Isle of Man, the full extent of this arrangement has remained hidden until now.

The MOD told the Celtic League movement last year that: “The RAF utilises several local airfields within the vicinity of RAF Valley, including civilian airfields on the Isle of Man to practise visual approaches and departures.”

“International trainee pilots conduct the same training as their RAF colleagues and none are limited in their use of local airfields for training.”

Declassified can now reveal that in addition to Ronaldsway, Saudi pilots at RAF Valley and RAF Cranwell, in Lincolnshire, are allowed to use 24 civilian airfields in Britain during their flying lessons.

However, the MOD refused to specify exactly which sites are used. The RAF said it would have to spend 13 days “to manually cross-reference flight records with the appropriate forms from each sortie for each day, to ascertain if Royal Saudi Air Force (RSAF) Pilots will have used a civilian airfield”.

Instead, it provided a list of 25 civilian and commercial airfields in the UK and Isle of Man which Saudi pilots “may have used during their flying training” at RAF Cranwell and Valley, on the basis that such sites are routinely used for practising.

The list includes airports in Cardiff and Liverpool, cities which both have long established Yemeni communities dating back to the 19th century when sailors from the then colonial port of Aden arrived in Britain.

Recent months have seen peace protests across the UK by Yemeni activists, with the number of asylum claims from the country rising steeply since the war began. The latest Home Office figures show that in the 12 months from June 2019, 410 Yemenis claimed asylum in the UK, a 93% rise on the previous year.

Rehab Jaffer, a British-Yemeni lawyer from Liverpool, said the Saudi air force training was “abhorrent”. She told Declassified: “They are conducting ‘training’ exercises only a few miles away from the relatives of those they seem to be targeting in Yemen – with UK supplied arms. If we arm them and bring them here to train them, whose hands is the blood of Yemeni civilians really on?”

The revelation that Saudi pilots can use Britain’s network of small civilian airports raises the prospect that local councils – which often invest in such sites – could object to the scheme. Ten percent of Liverpool’s John Lennon Airport is owned by Liverpool City Council, which is controlled by Labour. The party’s 2019 Manifesto called for a suspension of arms sales to Saudi Arabia.

Jaffer commented: “Liverpool’s economy has benefited from the thriving Yemeni community within it. The least the city council can do is refuse to endorse or allow the training of the Saudi forces who go on to target their families in Yemen.”

On Wednesday, the UN’s expert group on Yemen criticised Britain and other states’ continued “support of parties to the conflict including through arms transfers, thereby helping to perpetuate the conflict”.

The group also warned the Saudi-led coalition for failing to “take all necessary measures to minimise civilian casualties” during its airstrikes on Yemen.

The UK has an extremely close military and intelligence relationship with Saudi Arabia. Declassified has previously revealed details of a secretive communications project the UK runs for Saudi Arabia’s National Guard and that a British military mission in the country trains the Saudis in “internal security”.

Declassified did not contact the MOD for comment before publishing this story, as its press office has said it will “no longer deal” with our publication. DM