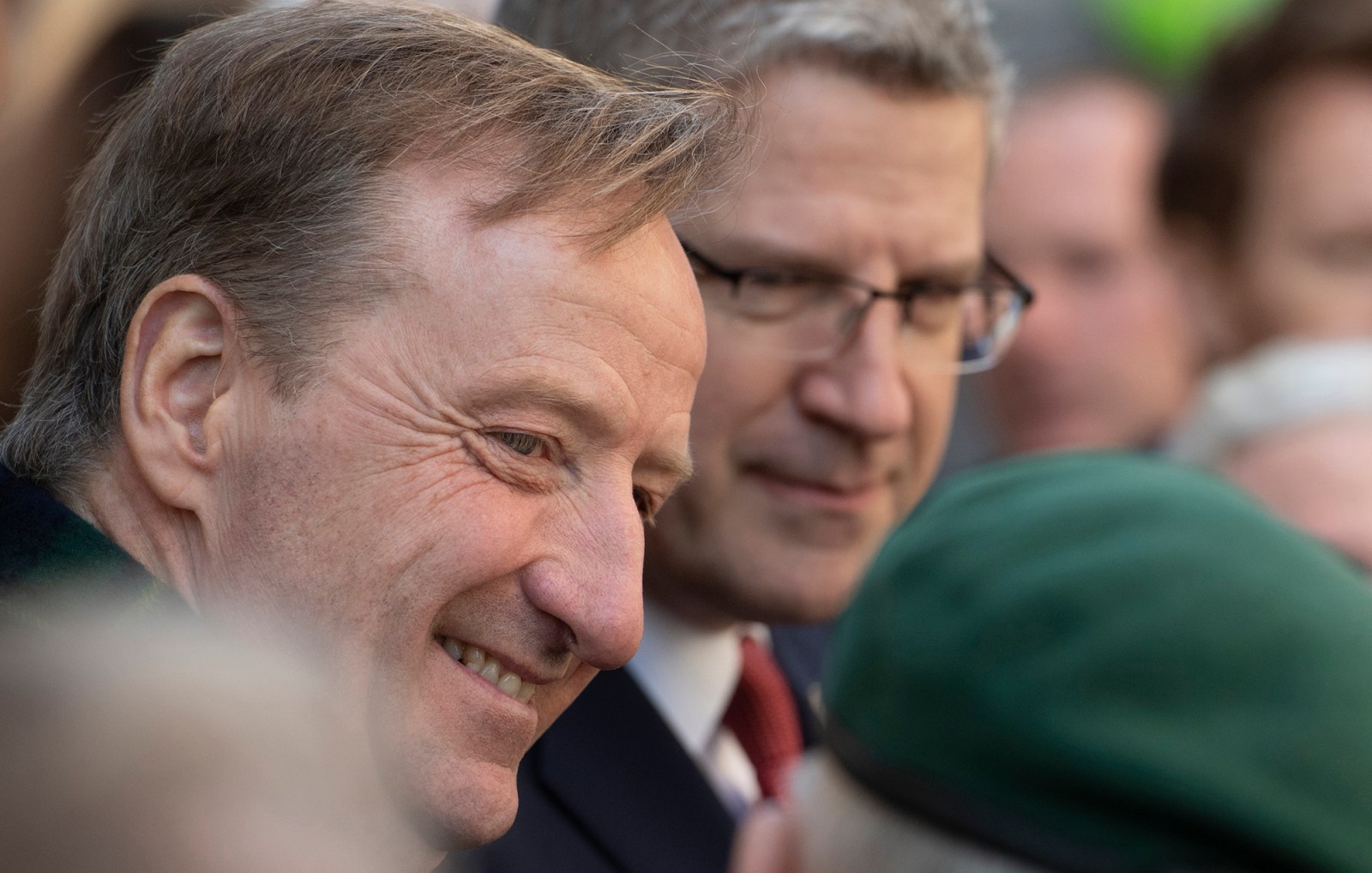 Head of MI6 Alex Younger with the then head of MI5 Andrew Parker. (Photo: EPA-EFE/Facundo Arrizabalaga)

Britain’s intelligence agencies are teaching the next generation of spymasters from some of the world's most repressive dictatorships, it can be revealed for the first time.

Officials from many of these countries went on the same course in 2018, with the addition of Vietnam, which the BBC describes as a “one-party Communist state”.

Declassified has also seen evidence that training by MI5 and MI6 was recently offered to “military officers” representing Myanmar’s junta. It is not known if the offer was accepted.

The course is run by the UK military’s Joint Intelligence Training Group (JITG) at Chicksands, a British army intelligence base in Bedfordshire, north of London.

The Ministry of Defence (MOD) repeatedly refused to answer Declassified’s questions about the course.

The revelation comes after the UK government placed sanctions on seven Saudi spies, including the former deputy head of Saudi intelligence, Ahmad Asiri, for their alleged roles in the murder of journalist Jamal Khashoggi in 2018.

The Saudi intelligence services were also reportedly ordered to hack into the email accounts of Guardian journalists. Officials from Saudi Arabia attended the course in both 2018 and 2019.

Another repressive Gulf monarchy, the UAE, was also among the 26 countries that received training from MI5 and MI6 in 2019.

The course took place a few months after British academic Matthew Hedges was released from prison in the UAE, where Emirati intelligence officials subjected him to psychological torture and repeated physical threats.

Hedges, who was falsely accused of being an MI6 officer and detained for nearly seven months in the UAE, told Declassified the revelation was “galling” and demanded to know why the UAE was allowed to attend the course.

Hedges said: “The UK has long used its security establishment to foster ties to help advance its interests. Experiences such as mine, where torture was evidenced and the UK directly implicated in my detention, highlight the contradictory and failing UK strategy to foster security relationships.”

He added: “Can the UK guarantee that the UAE will not become an active opponent in the near future, and if not, why are they training them in intelligence?”

Others swept up by Emirati security officials the year before the British training took place included human rights defender Ahmed Mansoor. He was sentenced to 10 years in prison after a crackdown on free speech, which saw the UAE government using its extensive surveillance apparatus to hack his phone.

The revelation that British security services also trained intelligence officials representing the Egyptian regime for the last two years is likely to cause consternation amongst the UK’s European allies.

Giulio Regeni, an Italian student tortured and murdered in Cairo, was ensnared in a “spider’s web” spun by the Egyptian security services in the weeks leading up to his death in 2016, according to Italian prosecutors.

Although British military training of repressive regimes has been well documented, this is the first time evidence has emerged of the extent of British intelligence officers training security agencies which have been involved in torture, terrorism and murder.

Pakistan’s Inter-Services Intelligence (ISI) has long been accused of colluding with Islamist terrorist groups in neighbouring countries such as Afghanistan and India. There are allegations that the ISI aided the terrorist attacks in 2008 in Mumbai which killed over 160 people.

The MOD has previously refused to release any details about JITG courses at Chicksands, claiming transparency could prejudice national security and compromise intelligence capabilities.

However, Declassified has seen a British army sales brochure from last year which advertises the course, and separately obtained a list of countries that attended.

Places on the course appear to be exclusive. There is a maximum of one student per country – and it runs just once annually. “Bids are invited, but places only offered following [an] allocation meeting,” notes the army in its course brochure.

The course, which has been running since at least 2004, is aimed at foreign “senior officers” at, or above, colonel or 1 star level who are “serving or about to serve in senior intelligence appointments”.

While the MOD refused to name who had attended, it is known that the course is taught by a range of high-level British personnel, including “senior officials” from MI5 and MI6, and involves lectures by the chief and deputy chief of Defence Intelligence.

The course’s six modules include “security policy”, the “challenges of intelligence sharing” and “the role of the media”. There is no free press in many of the countries whose officials attended the course, so it is unclear what the media module involves.

The course also aims to “discuss and analyse the conduct and management of intelligence” as well as “forge personnel and professional relationships”. The MOD has in the past boasted that the course “provides a significant opportunity for intelligence diplomacy at the highest levels” and “continues to attract high-level interest from all continents”.

A British army intelligence corps veteran told Declassified that training for repressive regimes at Chicksands “had been going on for years and years”, and asked: “Why should we be engaging with people from these governments that aren’t exactly nice?”

The veteran, who did not want to be named, added: “We’ve been pretending to ourselves for a long time that, by training these people, we can influence them and educate them in British values, in the hope that the British values are then implemented in their own countries, their own armed forces. But from my experience, there isn’t much sign that that’s the case.” DM

Phil Miller is staff reporter at Declassified UK, an investigative journalism organisation that covers the UK’s role in the world. Matt Kennard is Declassified’s head of investigations.