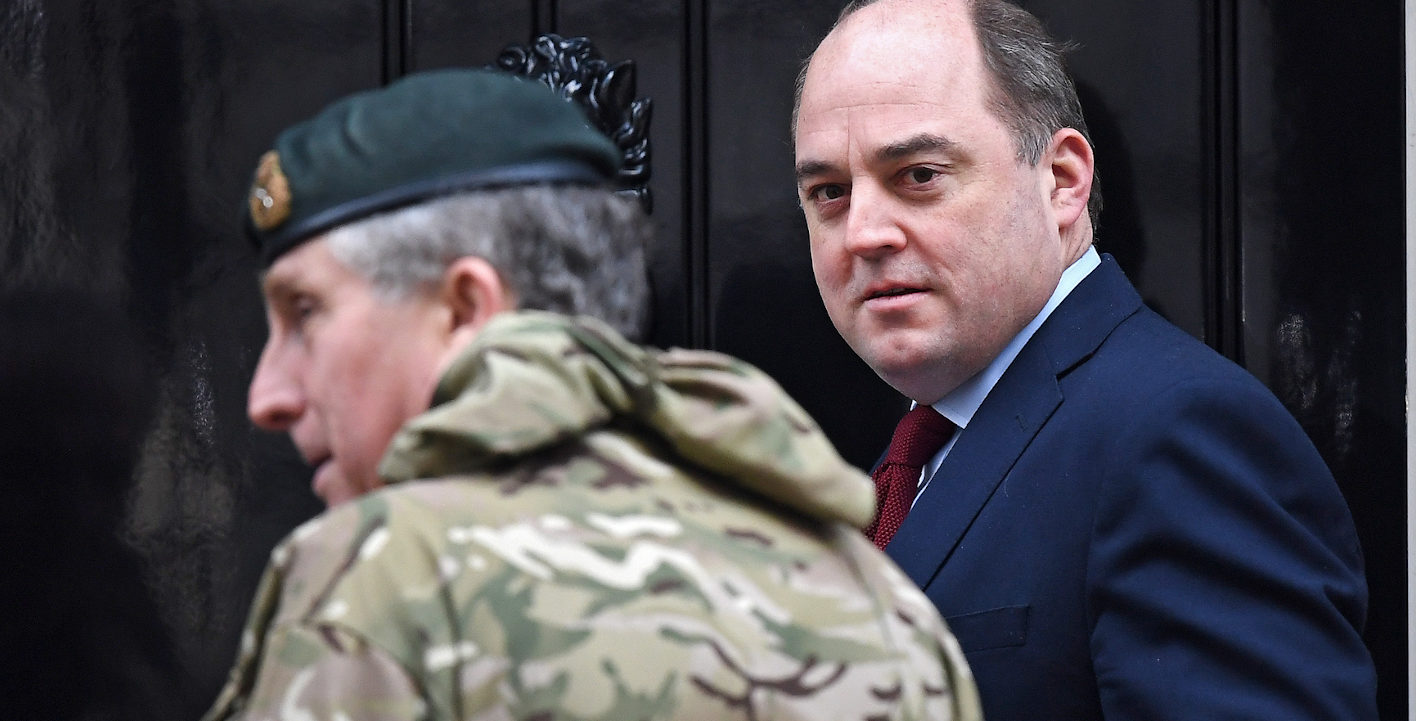 The British Ministry of Defence has blacklisted Declassified UK, a media organisation producing in-depth, critical journalism on UK foreign and security policies. It is the latest attempt by Whitehall to censor the media and the National Union of Journalists has called on Defence Secretary Ben Wallace to “intervene”.

The blacklisting was revealed after a journalist working for Declassified UK asked the British Ministry of Defence (MOD) press office for a comment on the case of a British soldier being investigated by the military police for protesting against the war in Yemen.

The journalist, Phil Miller, asked an MOD spokesperson, Lieutenant Colonel Richard Wade, for a comment on Lance Corporal Ahmed Al-Batati who protested near the prime minister’s office at Downing Street on 24 August 2020 saying the British government had “blood on its hands”.

After commenting that he “did not know too much about Declassified”, Wade then asked Miller: “What sort of angle are you taking about the war in Yemen?”

Wade told Miller he would get back to him “shortly”. An hour later, Wade said: “I’m afraid that I’m not going to be able to send you anything today.” He said Miller would have to submit a Freedom of Information Act request for an answer – an uncertain process that can take many weeks.

Shortly afterwards, the Daily Telegraph published a story about the same soldier, which carried a quote from an army spokesperson who commented on Al-Batati’s situation.

‘We no longer deal with your publication’

Asked why Declassified was not being given a comment for the same story, Wade told Miller that “we no longer deal with your publication”.

When asked for a justification, Wade replied that “someone else in the press office” might be able to explain.

Al-Batati said in an Instagram post before his arrest: “Saudi Arabia are [sic] responsible for multiple airstrikes killing innocents, targeting hospitals and breaking international law. Saudi Arabia are also responsible for blocking aid from going into the country. This has left 80% of the population in need of emergency aid. Our government continues to arm and support Saudi Arabia. It is clear that this government has blood on its hands.”

The move by the MOD is the latest and most blatant example of a long-standing attempt by Whitehall departments, and the MOD in particular, to control and even censor the British media.

In February 2020, one of Boris Johnson’s communications advisers tried to exclude reporters from selected publications, including the Mirror and the Independent, from a media briefing at Downing Street. The Labour Party said the move showed the prime minister was “resorting to tactics imported from Donald Trump to hide from scrutiny”.

Declassified, which was launched in 2019, has earned acclaim for critical and well-documented investigations into British foreign, military and intelligence policies.

Caption: The Declassified UK team explains why they established the organisation.

They include reports into how GCHQ, the government’s electronic eavesdropping and cyber warfare agency, is running programmes in British schools, how Britain has been training the Belarusian armed forces and Hong Kong police, how British troops and RAF pilots have been deployed “on loan” to Oman, and the full extent of Britain’s role in the Saudi-led military campaign in Yemen.

During August 2020, it emerged that London’s Metropolitan police has opened an investigation into war crimes allegedly committed by British mercenaries after reports by Miller based on his book on a private military company, Keenie Meenie Services (KMS).

The book exposes how KMS members were involved in atrocities against Tamil civilians at the start of Sri Lanka’s civil war in the mid-1980s, but escaped accountability.

In an email to Wade, Mark Curtis, the editor of Declassified, wrote: “As journalists, we undertake the normal practice of always seeking MOD comment on stories we write concerning the UK military. It is also incumbent on civil servants to act with impartiality. For example, the Civil Service Code states that, ‘You must not: act in a way that unjustifiably favours or discriminates against particular individuals or interests.’” The MOD did not respond to Curtis.

Seamus Dooley, assistant general secretary at the National Union of Journalists (NUJ), told Declassified: “The NUJ would be extremely concerned at any unilateral ban by a government department on questions from selected news organisations or publications. The secretary of state for defence Ben Wallace needs to intervene and ensure that there is no banned list within the ministry.”

Dooley continued: “Journalists from Declassified UK have regularly contacted the Ministry of Defence for comment as part of their normal journalistic practice. It is the duty of journalists to question and to challenge those who exercise power and responsibility. Part of that role is to verify reports and to afford all sides of a story the opportunity to respond to allegations which may be made.”

He added: “The Ministry of Defence is a public entity. Government ministers, senior departmental officials and military personnel responsible for communications should not curtail the media’s right to investigate stories that are clearly in the public interest. Investigative journalism may well prove inconvenient for those in positions of authority, but openness and transparency are fundamental to a functioning democracy.”

The MOD might well have shot itself in the foot. Blacklisting a media organisation means that it cannot now properly give the MOD’s side of a story, something journalists are professionally trained to do, however critical they are of the government. DM

Richard Norton-Taylor is a board member of Declassified UK. He was the Guardian’s defence correspondent and its security editor for three decades, and is the author of several books, most recently The State of Secrecy. Follow Declassified on Twitter, Facebook and YouTube. Sign up to receive Declassified’s monthly newsletter here.