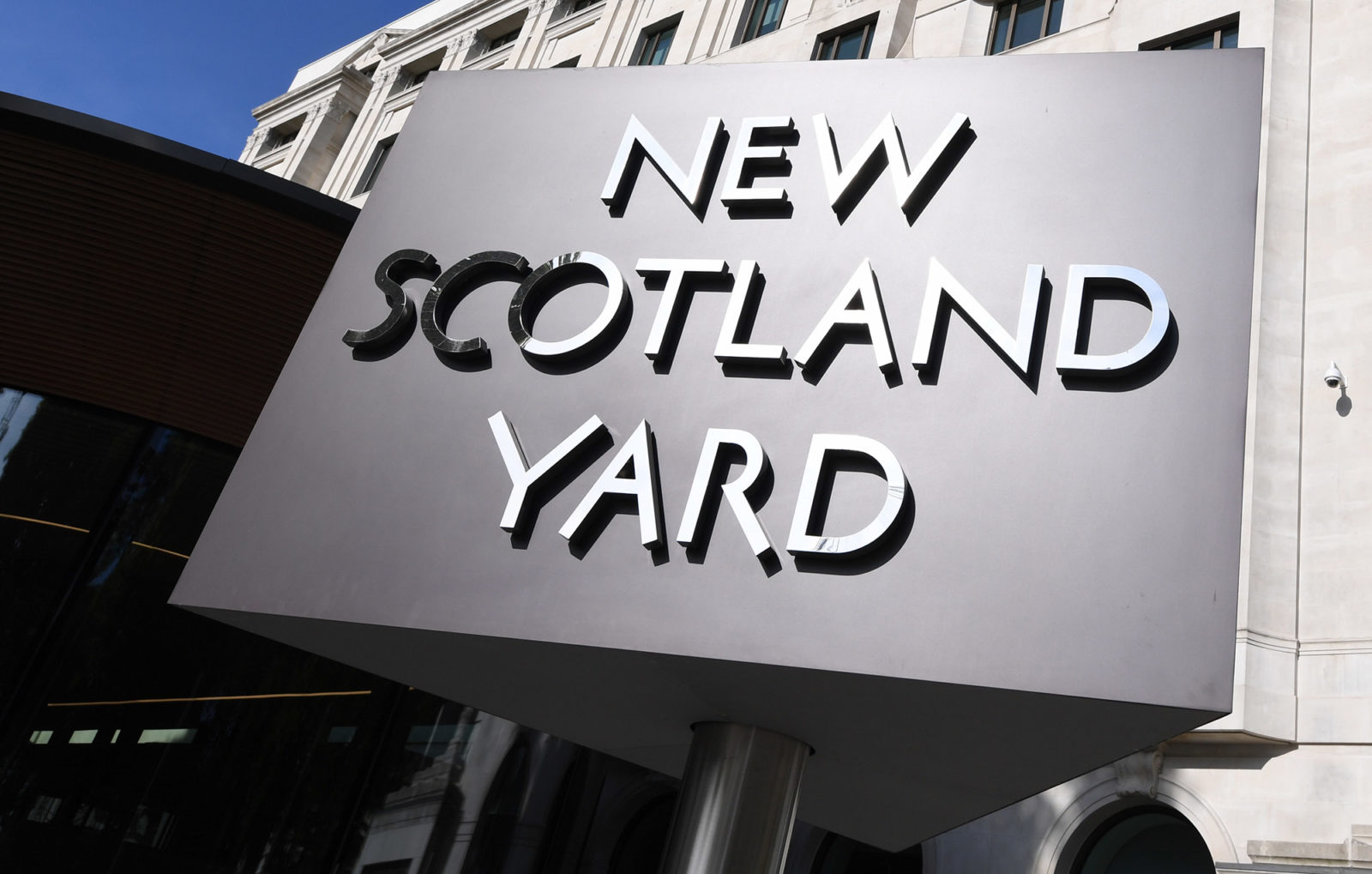 Police in London have opened an investigation into war crimes allegedly committed by British mercenaries in Sri Lanka during the 1980s.

The probe follows publication earlier this year of my book about UK military veterans from a company called Keenie Meenie Services (KMS). It exposed how KMS members were involved in war crimes against Tamil civilians at the start of Sri Lanka’s civil war in the mid-1980s – and escaped accountability.

KMS, whose chairman was a former aide-de-camp to Queen Elizabeth II, became involved in the conflict after a special adviser to British prime minister Margaret Thatcher suggested that UK support for Sri Lanka’s security forces “might be privatised”.

The company trained a new Sri Lankan police unit, called the Special Task Force (STF), which became notorious for carrying out atrocities, including a 1987 massacre at a prawn farm in Kokkadicholai, eastern Sri Lanka, in which 85 people were killed.

KMS also hired British pilots who flew helicopter gunships on combat missions, including an alleged raid on the village of Piramanthanaru, northern Sri Lanka, in which 16 people died in 1985.

The UN body subsequently submitted concerns about KMS to Britain’s Foreign Office, asking what criminal measures the UK government had taken to “combat impunity”. Five UN rapporteurs, including experts on torture and disappearances, supported the submission.

British diplomats in Geneva responded last week, telling the UN that the Metropolitan Police has “received a referral concerning war crimes alleged to have been committed by British mercenaries in Sri Lanka during the 1980s”.

They added: “Following receipt of the referral, the War Crimes Team began a scoping exercise into the matter, in accordance with the Crown Prosecution Service’s published guidelines for referrals of war crimes and crimes against humanity.”

When contacted by Declassified, the Metropolitan Police declined to comment further but confirmed that the scoping exercise was ongoing.

Dr Rachel Seoighe, a criminologist who alerted the UN on behalf of the Tamil Information Centre, told Declassified: “It is welcome that the Metropolitan Police have finally begun to investigate what KMS did in Sri Lanka, after allowing British mercenaries to operate with impunity for so long.”

She added: “The UN was right to raise concerns about the lack of action by the British authorities. Tamil survivors have waited decades to see those responsible for the massacres of loved ones held accountable.”

Labour MP Sam Tarry, whose Ilford South constituency in London is home to many Tamil refugees, told Declassified: “I welcome the news that the Met Police’s war crimes team has opened an investigation into the actions of British mercenaries in Sri Lanka at the start of the armed ethnic conflict.

“Hundreds of thousands of Tamils fled to the UK as a result, and it’s a travesty that the Conservative government of the time gave tacit approval to British mercenaries aiding a repressive regime that indiscriminately murdered civilians. Britain should be taking a lead in promoting human rights and democracy across the world, not being complicit in atrocities and exacerbating the refugee crisis.”

The UN has also written to David Walker, currently a director of Saladin, a private security firm which has described KMS as its predecessor.

Walker, a 78-year-old British special forces veteran, ran KMS in the 1980s while serving as a Conservative councillor in Surrey.

In their letter to Walker, the UN set out human rights concerns about his former company, noting that “a KMS employee regularly co-piloted an armed helicopter, including during operations in which civilians were allegedly killed”.

The UN added: “In one such incident brought to our attention, on 7 June 1986, a KMS employee co-piloted a helicopter from which it is alleged that the door gunner shot at a bus suspected to carry LTTE [Tamil Tiger] combatants as well as civilians. The door gunner allegedly continued to fire as men, women and children fled from the bus.”

The UN also expressed concern at how Walker’s company had taken on roles within Sri Lanka’s military that “increasingly appear to have gone beyond strengthening operational capability to encompass senior policy-making and advice, with indications that KMS personnel may have had some level of command responsibility at specific times”.

Demanding answers from Walker, the UN noted: “There is no information available on steps taken by KMS with respect to holding those responsible for the above allegations to account or to provide remedies to victims.”

Walker did not respond to the UN within the agency’s 60-day deadline. He had previously refused to cooperate with a US Congressional investigation into allegations KMS bombed a hospital in Nicaragua during the Contra war in 1985. Nicaragua’s then-ambassador to the UN described the blast as terrorism.

KMS reduced its activities in the late 1980s following controversy around its work in Sri Lanka and Nicaragua, although it is not known exactly when KMS stopped trading because its accounts were registered offshore in tax havens.

As KMS wound down, Walker extended his control over another security company, Saladin Security, which used the old KMS office in London until as recently as 2018. The UN noted close links between the two firms, “including at the highest managerial level”.

Walker was challenged by the UN on whether his current company Saladin had learnt from his previous experience with KMS, expressing “concern about the lack of adequate due diligence measures to ensure non-repetition of human rights abuses in current operations”.

The UN added: “This is of utmost importance given that Saladin Security is operating in areas affected by armed conflict in which there are heightened risks of gross human rights abuses.”

Current Saladin contracts include providing security for the oil industry at a site in Lokichar, northern Kenya. Residents have complained that the oil drilling in the remote area, led by British energy firm Tullow Oil, has diminished their water supplies and animals have died from gas flaring. Last month, local leaders said they had been “left in the dark” and called for an audit of the project.

Saladin belongs to several self-regulation bodies which operate across the private security industry, and the Foreign Office told the UN that it had now written to these regulators in order to “ascertain the due diligence processes they applied in relation to Saladin Security Ltd.’s membership”.

In their submission to the UK Foreign Office, the UN questioned whether Thatcher’s government had done enough to stop KMS in the 1980s, and asked what steps Boris Johnson’s government was now taking to ensure justice for the victims.

In its reply, the Foreign Office told the UN that Thatcher’s government had “sought actively to dissuade” KMS from direct involvement in military operations in Sri Lanka, “strongly urging them to reconsider their activity, including through messages given with the authority of the then Foreign Secretary, the Right Honourable Sir Geoffrey Howe”.

However, the UN submission had highlighted how Thatcher’s cabinet could have taken more concrete action. It cited a recently declassified telegram from March 1986 in which a Foreign Office lawyer recommended that “withdrawal of passports of ‘UK nationals assisting the Sri Lankan Government in active military operations’, or threat thereof, as ‘the only effective deterrent action’”.

This recommendation was never acted on. My book exposed how Whitehall ignored its own legal advice and allowed senior KMS staff including Walker to continue travelling from Britain to Sri Lanka.

The UN letter to the British government ended with concerns about a potential cover-up, noting that in 2014 the Foreign Office “destroyed various files on Sri Lanka, including several from 1985 such as periodical reports from the Defence Adviser in [the Sri Lankan capital] Colombo, which could have shed more light on the activities of KMS”.

Although the Foreign Office defended the destruction of these files in its response, it did admit to having recently found another set of files about KMS which had not been transferred to their main archive.

“Some Defence Adviser reports for Sri Lanka from the 1970s and 1980s have not yet been reviewed under the Public Records Act because this collection has not yet been transferred into the FCO’s central archive, where the reviews are conducted,” the Foreign Office wrote.

“The FCO has become aware of these files as a result of a long-running project to identify… historical files held in London departments and at overseas posts.” However, the letter added: “Although these files contain information on KMS, we do not believe they add anything of substance to what has already been stated in this letter.”

Commenting on the newly discovered files, Dr Seoighe said: “It is astounding that the Foreign Office is still ‘finding’ files about KMS long after they should have been released to the National Archives.

“It looks highly suspicious, especially as this is a department which has already destroyed hundreds of files on Sri Lanka and continues to withhold key documents about KMS from the public. The Tamil community deserves to be told why these files went missing for so long.”

Declassified is currently taking the Foreign Office to an Information Tribunal to seek disclosure of papers about KMS that are being withheld.

Last month it emerged that 99% of government censorship requests were being approved by a supposedly independent watchdog at the National Archives, whose members include a former deputy head of MI5 that now works in the private security industry.

Saladin Security and David Walker did not respond to a request for comment. DM

Phil Miller is a staff reporter for Declassified UK, an investigative unit covering British foreign policy. His book, Keenie Meenie: The British Mercenaries Who Got Away With War Crimes, is available to buy from Pluto Press.