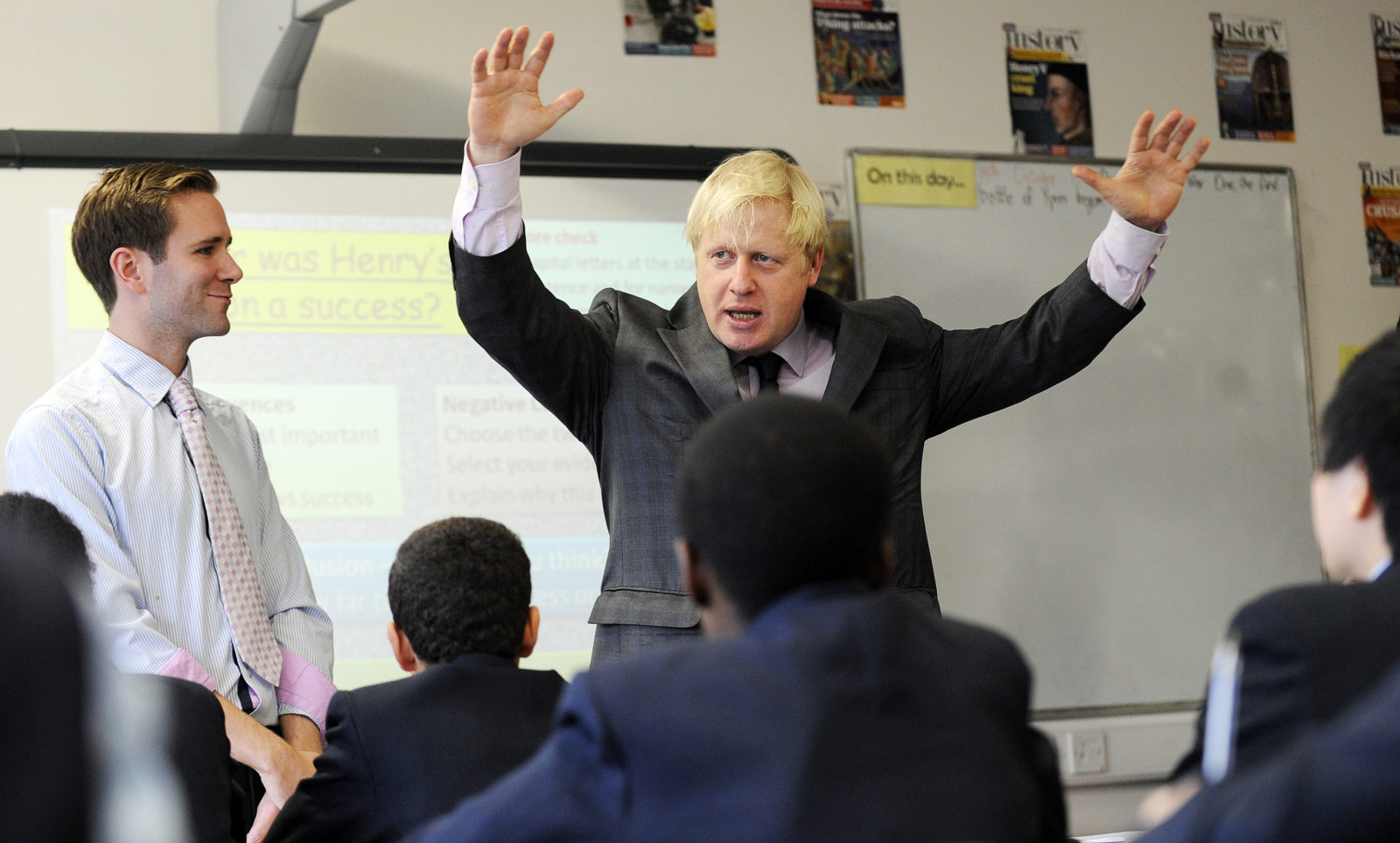 Boris Johnson with pupils during a history class at Pimlico Academy in London (Credit: EPA/Andy Rain)

British diplomatic files about Saudi Arabia and mercenaries are among over 6,000 documents recently censored from the National Archives – by an ‘independent’ oversight panel containing former spies and government officials.

Boris Johnson’s attitude towards British history is being called into question after new figures released on Wednesday show Whitehall applied to keep 6,656 files written by previous Conservative governments hidden from the public in 2019-20.

Thousands of papers from the Margaret Thatcher and John Major administrations in the 1980s and 1990s, which were due to be transferred to the National Archives under the Public Records Act, will be kept secret following requests by government censors.

Although the process is supervised by a supposedly independent watchdog at the National Archives, the group overturned just 28 of the government’s censorship requests, or 0.42% of the total.

The oversight group, known as the Advisory Council on National Records and Archives (ACNRA), has 17 members. One is Lady Moira Andrews, a former government trade and foreign office official who sits on the Security Sector Board of ADS Group Limited.

The Board describes itself as “the ‘go to’ security industry trade organisation in the country” and represents arms companies like BAE Systems which has long had major weapons contracts with repressive regimes such as Saudi Arabia.

Late last year, Declassified revealed that all Cabinet minutes about Saudi Arabia from John Major’s tenure as Prime Minister in 1996 had been censored. The decision would have needed the approval of the ACNRA.

Other records censored last year include a file that could shed light on why Margaret Thatcher’s government refused to sign a UN ban on mercenaries in 1989.

Current members of the ACNRA, who are paid £386 per day they work, include its deputy chair Trevor Woolley, a former Director General of the Ministry of Defence (MOD).

He served as Private Secretary to successive Cabinet Secretaries from 1986 to 1989, meaning he was close to key Whitehall figures during the Thatcher administration.

Woolley is flanked by another MOD veteran, Martin Howard, who was Deputy Chief of Defence Intelligence in the months before and after the invasion of Iraq.

Howard’s last job in government was as “Director for Cyber Policy and International Relations at GCHQ” – Britain’s opaque eavesdropping agency which is not required to release any of its files to the National Archives nor is subject to the Freedom of Information Act.

Another ex-spy on the ACNRA is Stephen Hawker, a former deputy head of MI5. He left government service in 2006 and went on to work as an advisor to BAE. He currently works for Edson Tiger, a private security company.

The ACNRA’s credibility suffered a blow in 2018 when one of its members, art historian Dr Bendor Grosvenor announced that he had resigned from the organisation saying “the government’s record management system is not fit for purpose.”

Campaign Against Arms Trade (CAAT) told Declassified: “It is disturbing that people linked to the arms trade should have a veto on what we can and can’t read about when it comes to security and foreign policy.”

CAAT spokesman Andrew Smith added: “It is obvious why the military establishment and arms industry representatives would want to censor so many documents. There are so many important stories that we know about because of the hard work of researchers and journalists, and it is vital that these stories continue to be told.”

The odds of declassifying sensitive government files are stacked in favour of secrecy at every step. Before files are transferred to the National Archives, government “sensitivity reviewers” comb through the documents to weed out any sensitive material.

Diplomatic papers are handled by FCO Services, the Foreign Office’s trading arm, which employs around 44 reviewers costing £2-million per year. Many of the reviewers are former diplomats.

Their most senior member, Graham Hands, recently said in a witness statement seen by Declassified that “reviewers frequently come across letters and minutes they themselves created”, but claimed managers would notice “if any attempt were made to redact material for personal reasons”.

If journalists or the public want access to an historic file which the ACNRA has agreed to keep closed, they must make a Freedom of Information request to the National Archives, which is then scrutinised by a panel made up of ACNRA members.

The government also has the power to withdraw files from the National Archives that it had previously declassified.

In July and November 2018, the Nuclear Decommissioning Authority, Ministry of Defence and the Atomic Weapons Establishment removed thousands of files from the Archives for a “security review”.

Many of these papers related to “the early development of military and civil nuclear technology”, according to the National Archives annual report which said 8,200 of the records have now been returned to public view.

A spokesperson for the ACNRA said: “The Advisory Council’s guiding principle is to support information being made public. It agrees with departmental applications for closure only where records engage specific exemptions under the Freedom of Information Act and where the balance of public interest does not support disclosure, for example where international relations could be harmed or individuals’ safety placed at risk. Many records remain closed because they contain personal data. The Advisory Council regularly challenges government departments to provide evidence to justify requests for permission to retain documents or for them to remain closed.”

It added, “Members are appointed because they have knowledge and expertise relevant to the Council’s work, which will help it evaluate departmental responses about the sensitivity of particular records.It is chaired by the Master of the Rolls, a senior judge, and has 17 members including historians, archivists, information management professionals, former civil servants and journalists.”

The ACNRA also stated, “Members are required to disclose interests they or close family members have, which might influence their judgment or which could be perceived to do so by a reasonable member of the public. Appointments for three-year terms are publicly advertised. The process is regulated by the Commissioner for Public Appointments whose Code of Practice sets out three principles which govern appointments – merit, fairness and openness. Final appointments are made by the Secretary of State for Digital, Culture, Media and Sport.”