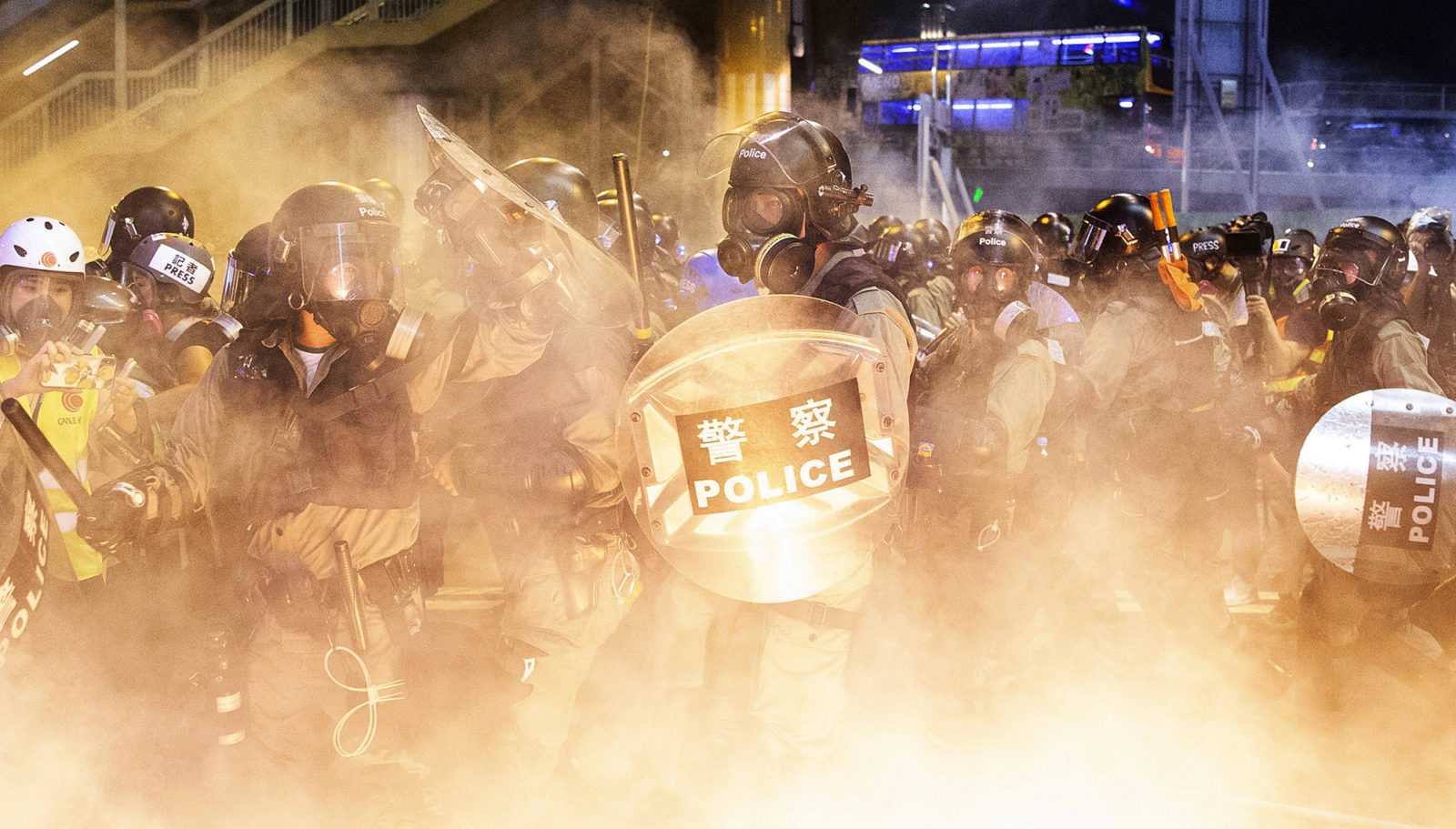 A Hong Kong police officer received bomb disposal training from British soldiers at the same time as pro-democracy protesters were being arrested for possession of explosives, Declassified has found. The revelation comes as the UK military announces a freeze on training for Hong Kong.

At the start of July 2019, Britain’s relationship with China appeared to be reaching a new low. Jeremy Hunt, then the UK’s foreign secretary, took to Twitter to express his support for protesters in Hong Kong, whose Legislative Council was being occupied by activists.

Hunt said: “People MUST preserve the right to peaceful protest exercised within the law, as hundreds of thousands of brave people showed today.”

His words angered the Chinese ambassador in London, Liu Xiaoming, who accused Hunt of showing “support for law breaking people” and asked the British government to “refrain from further interference” in its former colony.

In a tit-for-tat reprisal, Xiaoming was summoned to the Foreign Office in London over his remarks, and Beijing formally criticised Hunt for “colonial-era delusions”.

Yet, within a week of this fiery exchange, a very different relationship was developing behind the scenes, according to Freedom of Information responses from the Ministry of Defence (MOD) to Declassified.

On 8 July 2019, with the knowledge of Britain’s defence attaché in Beijing, a Hong Kong police officer arrived in England to learn from British soldiers how to conduct “explosive ordnance disposal”. Representatives from repressive security forces in Sri Lanka and Thailand were also invited to attend.

The course took place in Bicester, southern England, at St George’s Barracks – a £100-million bomb disposal facility where troops practise disarming improvised explosive devices on land and in the water.

Over the next four weeks, the Hong Kong police officer studied “basic explosive theory”, projectiles such as “mortars, rockets, grenades” and “reconnaissance procedures on land and in poor visibility”.

The cadets also spent three days conducting “live demolitions” at Shoeburyness on the mouth of the River Thames, where the MOD has a bomb testing site managed by a private contractor, QinetiQ.

The course included a major maritime component, with sessions on “underwater naval weapons” such as mines, which is of potential relevance to policing Hong Kong’s vast harbour.

The revelation comes after the MOD announced on Saturday that it was halting its assistance to Hong Kong’s police, citing concern over human rights and the coronavirus pandemic.

“The UK government has been clear that the enactment and imposition by China of national security legislation for Hong Kong constitutes a breach of the Sino-British Joint Declaration, directly threatening the rights and freedoms of those in Hong Kong,” an MOD spokesman said. “In light of coronavirus restrictions, all training with personnel from Hong Kong has been paused. It will be re-evaluated when restrictions are lifted.”

The bomb disposal course coincided with a rise in the number of protesters arrested by Hong Kong’s police for allegedly carrying explosives.

On 19 July, in the middle of the British army training course, Hong Kong’s police announced that it had conducted the “largest seizure” of explosives in the territory’s history, on the eve of a major protest.

Police claimed to have found 2kg of home-made explosives along with 10 petrol bombs, leading to the arrest of a 27-year-old man who reportedly belonged to a pro-independence group.

Then, on 1 August 2019, while the British training was still ongoing, eight people were arrested on suspicion of possessing explosives, including Andy Chan Ho-Tin, founder of the banned Hong Kong National Party.

By mid-October, Superintendent Suryanto Chin-chiu of the police’s Explosive Ordnance Disposal Bureau was claiming that Hong Kong’s protest movement had embarked on an “escalation of the use of explosives, with only one motive, which is to kill and maim officers in the field”.

Chin-chiu directly compared the pro-democracy activists to terrorists. More arrests for explosives followed in November and December 2019, with one suspect as young as 17.

The pattern has continued into 2020, with two alleged bombers arrested as recently as 1 July.

Andrew Smith of Campaign Against Arms Trade told Declassified: “The scenes we have seen in Hong Kong have been appalling, with the regime using brutal and repressive tactics to cement its authoritarian rule. The Hong Kong authorities have not acted alone, they have been armed, trained and supported by complicit governments like the UK.

“There must be a full investigation into the training that has been provided, and if any of the officers committing attacks on protesters have been trained by UK personnel. Looking forward, there must also be an end to a hypocritical foreign policy that talks about the importance of human rights and democracy while empowering dictatorships and human rights abusers like the regime in Hong Kong.”