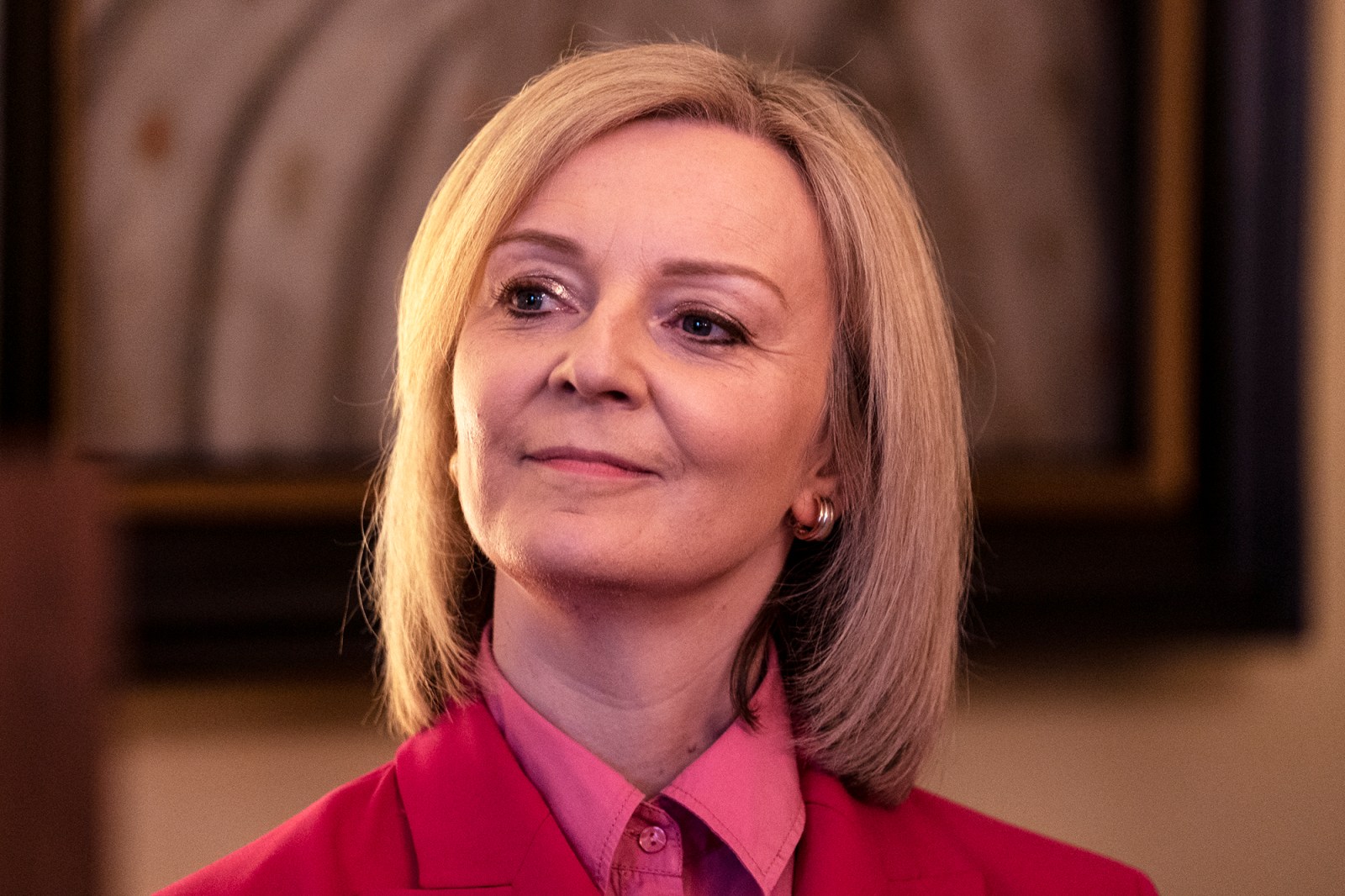 Airstrikes in Yemen by the Saudi-led coalition killed eight children shortly before and after the UK government claimed there was ‘not a clear risk’ of British weapons being used for war crimes, Declassified has found.

The UK government’s claim that it is safe to resume arms sales to Saudi Arabia for the war in Yemen is already in question after evidence has emerged of children being killed in a series of airstrikes shortly before and after the decision was taken.

Trade Secretary Liz Truss announced on 7 July that she would begin licensing new arms exports to Saudi Arabia a year after a London court ordered the government to stop and examine whether there was a pattern of British weapons being used in violations of international humanitarian law (IHL).

Truss told Parliament the government’s analysis had “not revealed any such patterns” and that “possible violations of IHL occurred at different times, in different circumstances and for different reasons. The conclusion is that these are isolated incidents.”

However, Declassified has seen evidence that Yemeni children were killed in airstrikes a few days before and after this announcement was made, suggesting the Saudi-led coalition is responsible for a pattern of civilian killings.

A young girl was killed during the night of 1 July in an airstrike in Saada, north of the capital Sanaa, according to Al Masirah Media Network, which is run by the Houthi movement fighting the Saudi-led coalition.

Distressing footage of the aftermath appears to show the dead girl was hit by shrapnel to her right shoulder. An elderly woman was also reportedly killed in the same incident and several children were wounded.

This airstrike was followed by an attack on 12 July, five days after Truss resumed arms sales, which killed up to seven children and two women, according to the UN’s humanitarian coordinator for Yemen, Lisa Grande.

The airstrike occurred in Washhah district in north-west Yemen. Grande said another two children and two women were injured and taken to a nearby hospital for treatment. Graphic footage of the aftermath filmed by Al Masirah appears to show dead children lying among the ruins.

Missile debris is also visible in the video and appears to show the control fin of a GBU-12 Paveway II, a 500-pound laser-guided Mark-82 bomb. Its part number – 94271assy147214 – has been linked to other airstrikes on civilians in Yemen.

The Bellingcat website claims such weapons were made by US arms company Lockheed Martin and sold to Saudi Arabia in 2015. Declassified has not been able to independently verify the missile debris.

British aid organisation Save the Children also issued a statement about the airstrike. The charity’s Yemen director, Xavier Joubert, said: “It is truly appalling to hear accounts of lifeless children being dragged out of the rubble.”

The day after the airstrike, on Monday, Trade Minister Greg Hands restated to Parliament the government’s claim that “there is not a clear risk that the export of arms and military equipment to Saudi Arabia might be used in the commission of a serious violation of international humanitarian law”.

However, also on Monday, Colonel Turki Al-Malki, the official spokesman of the Saudi-led coalition, said an internal investigation had found “there is a possibility of losses among civilians” as a result of the airstrike in Washhah. Al-Malki said the incident has been “referred to the Joint Incident Assessment Team (JIAT) for further assessment”.

Campaign Against Arms Trade, which took the government to court over the Saudi exports, told Declassified:

“The government says that possible breaches of international law are only isolated incidents and that they aren’t part of a pattern. But these so-called incidents are people’s lives. Every time one of these ‘incidents’ happens there is a human cost to it. The bombing has killed thousands of people, and the decision to resume arms sales can only prolong the violence and add to the bloodshed.”

“Saudi-led forces have shown a total disregard for the rights and lives of people in Yemen. It has destroyed schools, hospitals and other vital infrastructure. Despite this, Liz Truss and her colleagues have just sent a message of uncritical political and military support for Saudi-led coalition and the terrible war it has inflicted. The decision to continue sales was immoral, and the destruction that it fuels will last for years.”

Dozens of civilians were also killed in airstrikes during June 2020, the month before UK arms sales resumed. An air raid on Qaniyah market in Al-Bayda, southwest Yemen, killed five civilians on 25 June, according to the Yemen Data Project, which also said three civilians were killed in Saada on 10 June “when the vehicle they were travelling in was bombed”.

Meanwhile, Save the Children said an airstrike on a civilian vehicle on 15 June killed 13 people including four children. More than 18,000 civilians have been killed or injured in airstrikes in Yemen since the war began in March 2015, during which time British arms giant BAE Systems has sold £15-billion worth of arms and services to the Saudi military.

Brigadier John Deverell, a former British defence attaché to Saudi Arabia and Yemen, told Declassified that the decision to resume arms sales was “an absolute shocker” and called on the government to publish its risk assessment.

He commented: “There’s no transparency about it. Where’s the independent assessment of the information they’ve used as a basis for coming to that view? If Truss and the government are confident about what they are doing then they should be transparent about it. And how does this sit with our government’s efforts to push through the Arms Trade Treaty? And sanctions against Saudis for the Khashoggi murder? Where’s the consistency?”

Deverell added: “How many isolated incidents do you have to have before it is no longer just isolated? It’s a risky strategy which opens up the government to legal challenges of the kind they have already suffered.”

Describing the airstrikes on Yemeni children as “another example of the potential for the next generation to rebuild the country being destroyed”, Deverell warned:

“If I were a board member or a major shareholder in BAE Systems, I’d be asking what is being done to diversify away from reliance on Saudi revenue? This is not reputationally sustainable.

“In my view, a highly topical historical parallel is the efforts made by Wilberforce and the Quakers to get slavery abolished being obstructed by the economic arguments. Money is uppermost in the minds of the decision makers. This is neither right nor sustainable.”

The Saudi air force uses Typhoon and Tornado fighter jets made by BAE to conduct many of the airstrikes on Yemen. Last week the government revealed that Saudi military technicians and air crew had received training on the Typhoon as recently as March at RAF Coningsby in Lincolnshire.

Up until December, Saudi air force weapons technicians were training in Shropshire in the UK  at RAF Cosford, where an “aircraft mechanical technician course” for Saudi engineers is scheduled to last until next month.

The trio are under UK command and control, and the UK Ministry of Defence (MOD) told Declassified that they are required to “report suspected violations of International Humanitarian Law to their command chain wherever and whenever they occur”.

UK Defence Minister James Heappey told Parliament on Monday that as of 4 July, 516 “alleged instances of breaches or violations” of IHL in Yemen had been listed on the MOD’s “Tracker” database since the war began in March 2015 – an average of around two incidents per week.

The MOD has refused to tell Declassified what tasks the RAF personnel undertake in the Saudi Air Operations Centre, claiming it would “negatively impact our relationship with a key regional partner and limit the UK’s future strategic access and influence”.

Conservative backbench MP Bob Stewart told Parliament on Monday he had visited the facility in Riyadh “after the last massacre of innocents” in Yemen “to examine exactly what was going on”.

Stewart said, “Having spoken to the air controllers, which included Royal Air Force people, I was most impressed by their orders for opening fire. I spoke to the pilots, and they do not open fire unless they are guaranteed there are no innocents underneath.”

Greg Hands says his department has a backlog of “a few hundred applications” from British arms companies wanting to sell weapons to Saudi Arabia, which “will take a few months to clear” now that new licences are being granted. DM