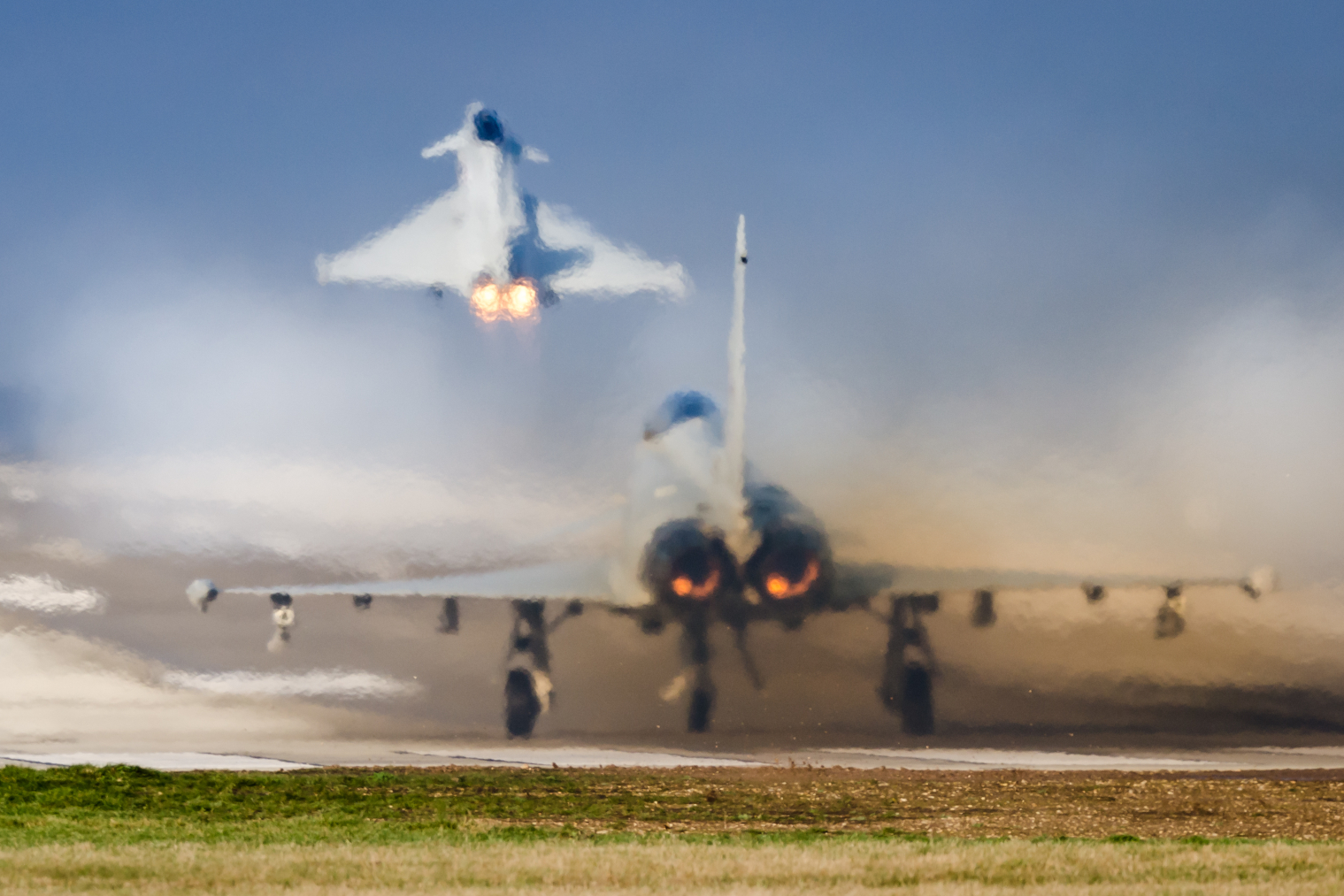 A fighter jet factory in England providing essential parts for the Saudi air force has not been checked for over three years, missing the government’s own deadlines. Without supplies from this factory, it is likely Saudi Arabia would be unable to continue bombing Yemen during the coronavirus pandemic.

The British government has failed to meet its official criteria for conducting “regular and thorough inspections” every three years at a highly controversial military export site, Declassified has found.

Inspectors last visited an arms factory run by the UK’s largest arms exporter, BAE Systems in Warton, Lancashire, more than three years ago, trade minister Ranil Jayawardena told Parliament on Monday. He refused to tell MPs the outcome of that inspection claiming it was “commercially sensitive”.

The lack of frequent inspections undermines repeated claims by ministers that the UK operates “one of the most robust export control processes in the world”. Inspections are a safeguard designed to ensure British-based arms exporters abide by government regulations.

BAE Systems has sold at least £4.9-billion worth of equipment to Saudi Arabia’s defence ministry since the Warton factory was last inspected on 6 April 2017. Campaigners believe the site is linked to war crimes in Yemen.

Since the last inspection, there have been at least 8,226 air raids over Yemen by the Saudi-led coalition, according to figures compiled by the Yemen Data Project. Some 5,204 civilians are estimated to have died in the strikes, including 587 children.

As recently as 2 May, three civilians were injured when 11 trucks carrying food and other goods were hit by an air strike, the monitoring group said.

Typhoon fighter jets are made by BAE at Warton for customers including the Gulf dictatorships of Saudi Arabia, Oman and Qatar. Saudi Arabia is currently using its fleet of 72 Typhoons to bomb its poorer neighbour, Yemen.

Declassified recently revealed that the bombing raids are so intensive that spare parts are flown on a weekly basis from Warton to a military airbase in Ta’if, Saudi Arabia. BAE staff maintain the Typhoon warplanes at Ta’if, which acts as one of Saudi Arabia’s main operating bases for air strikes in Yemen.

Although the Court of Appeal ruled in 2019 that UK ministers could not grant new export licences to Saudi Arabia for weapons that might be used in bombing Yemen, the government is allowed to continue exporting equipment under older licences.

BAE’s weekly resupply flights to the Saudi air force are regarded by the UK government as essential “logistics support” and have continued throughout the Covid-19 pandemic, junior defence minister James Heappey told Parliament on Monday.

The Ministry of Defence has told arms company executives that some of their staff can “qualify as key workers” during the lockdown. On 20 March 2020, the government’s Export Control Joint Unit announced it would not conduct site audits during the lockdown, although BAE continues to export items from Warton.

The Department for International Trade refused to tell Declassified when the next inspection of Warton will take place, and any inspections of arms companies will be done remotely during the pandemic.

The lack of regular inspections has worried campaigners because of the highly sensitive equipment that is being exported from Warton. Heappey confirmed that BAE’s weekly supply flight from Warton stops overnight at a major Royal Air Force base in Akrotiri, Cyprus so that it can refuel securely on its way into and out of Saudi Arabia.

The crew sleep in Cyprus and are “provided with dedicated on-base accommodation, which allows them to be isolated fully from RAF Akrotiri personnel”. Without the supplies from BAE’s Warton factory, it is likely that the Saudi air force would be unable to continue bombing Yemen, a country which was already facing the world’s worst humanitarian crisis before the arrival of Covid-19.

Sam Tarry, Labour MP for Ilford South in east London, told Declassified: “The fact that we are still using our RAF bases to service BAE Systems’ logistical support flights for the Saudi military is a slap in the face to the UN-led peace process. Our government needs to move beyond gestures and apply pressure on governments violating international law through tangible action.”

The lack of recent inspections at Warton has alarmed Campaign Against Arms Trade (CAAT). Their spokesman Andrew Smith told Declassified that: “UK-made fighter jets have played a devastating role in the Saudi-led bombing campaign. For five years now we’ve heard the same tired mantra about how rigorous and robust arms controls supposedly are, when these revelations show that nothing could be further from the truth.

“This doesn’t just raise serious questions about whether or not the UK is meeting its minimum obligations in terms of scrutiny, it also highlights the insidious and toxic relationship between BAE Systems, the UK government and the Saudi regime.

“This war has created a brutal humanitarian catastrophe, and it is one that BAE has profited from throughout. With a Covid-19 outbreak threatening Yemen, it is more crucial than ever that these arms sales are stopped.”

Under Section 31 of the Export Control Order 2008, the Department for International Trade has the power to conduct unannounced inspections of arms factories in the UK.

Trade minister Ranil Jayawardena told parliament: “Their purpose is to get assurance that users of general licences meet the terms and conditions of their licences.”

Although the frequency of inspections varies according to several factors, the minister said they are supposed to happen every three years at a minimum. This deadline is repeated in the government’s strategic export controls annual report.

However, when Declassified asked the Department for International Trade to comment on this story, the press office would only speak “on background” and claimed the three year rule was  “indicative” rather than legally binding.

According to the government’s own data, weapons inspectors conducted 459 site visits to arms exporters in 2017, including at Warton. Companies were found to be “non-compliant” or “not fully compliant” during 44% of routine inspections, but only one penalty was issued, for £5,360.

That same year, in 2017, Quaker activists Reverend Daniel Woodhouse and Samuel Walton were arrested when they broke into the BAE Warton site in an attempt to halt arms exports that might be used for war crimes in Yemen. A judge at Burnley Magistrates’ Court in northern England accepted their beliefs were sincerely held and found them not guilty.

“The Government’s Export Control Joint Unit advises industry when it will carry out inspections and its recent notices to exporters set out its plans for compliance inspections to continue during the coronavirus restrictions.” DM