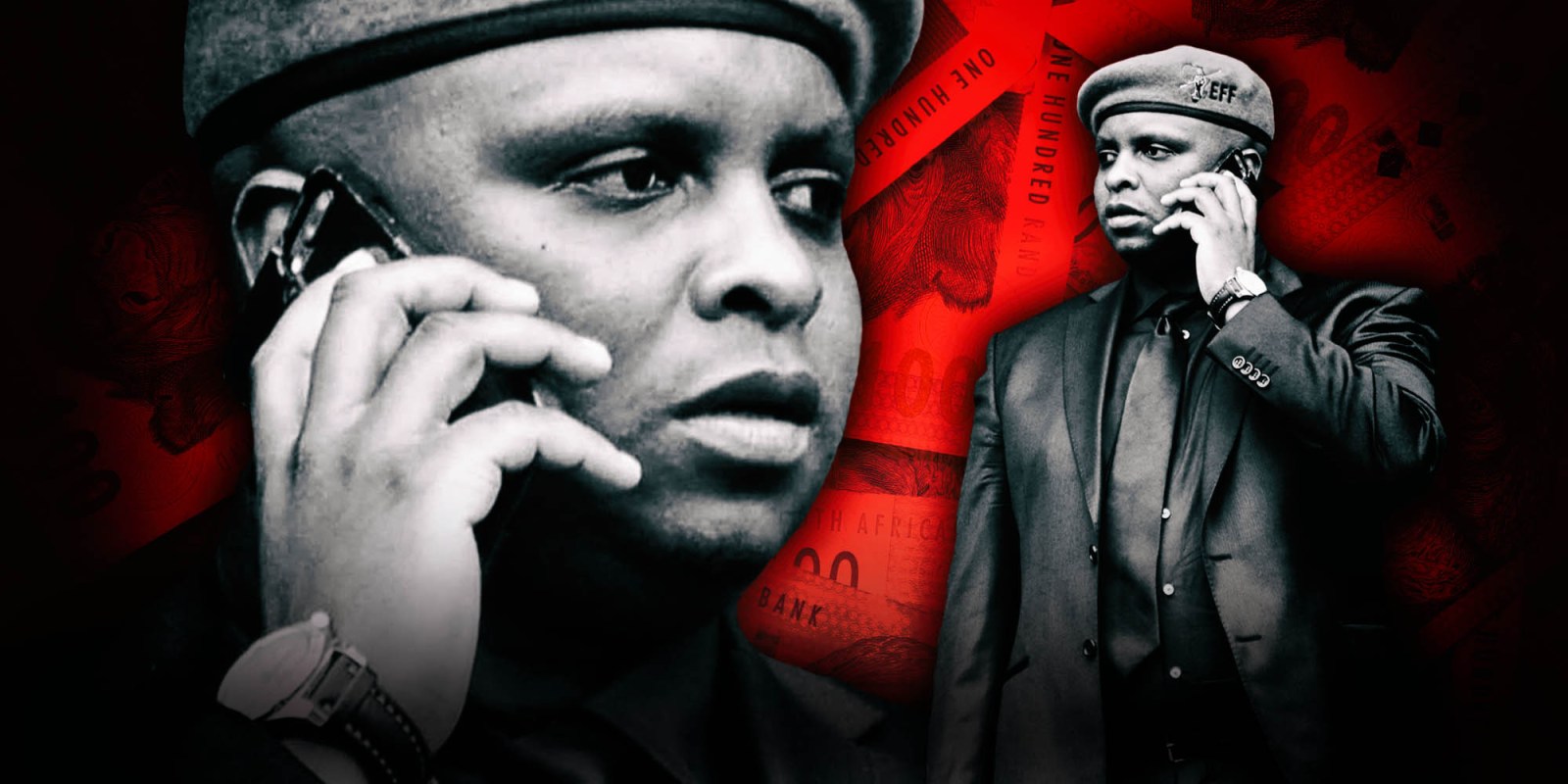 The SA Reserve Bank must be nationalised and private shares expropriated without compensation, argued EFF Chief Whip and Deputy President Floyd Shivambu before Parliament’s finance committees. With this, the noise around the central bank has been ratcheted up, again.

“We have a situation in South Africa where a significant number of shareholders of Reserve Bank are not people of South Africa and the majority are white people and we know where they come from.

“Our proposal is to take the shares from 800-odd private shareholders to 57 million South Africans.”

That Parliament’s finance committees are briefed on nationalising the South African Reserve Bank (SARB) is the EFF deftly taking on the ANC on its turf – the ANC’s 2017 Nasrec conference resolutions. It plays on the factional fissures of the governing ANC. The radical economic transformation (RET) grouping, and others supporting central bank nationalisation, clinched a last-minute Nasrec win with the resolution on land expropriation without compensation.

The ANC has not moved on its Nasrec conference resolution — “the Reserve Bank should be 100% owned by the state… (and for) government to develop a proposal to ensure full public ownership”.

Right at the start of Tuesday’s briefing by Shivambu, Standing Committee on Finance chairperson Joe Maswanganyi made sure to announce this was just a briefing, not even a discussion.

“Tonight is just about clarity-seeking questions, not about discussing the bill… The bill will come back after public hearings… We are not going to discuss party mandates this evening,” he told legislators opening the Tuesday evening committee meeting.

As the two-hour meeting unfolded, it didn’t quite turn out that way. Shivambu turned on Parliament’s lawyer, Noluthando Mpikashe, describing her as “hired staff of the ANC in Parliament” after she told lawmakers the bill was “not constitutional” over its failure to provide for fair and equitable compensation, even if that were zero.

Shivambu and National Council of Provinces (NCOP) finance committee chairperson Yunus Carrim respectively called each other “racist” in a series of outbursts after Carrim suggested the bill should be fixed in line with what the lawyer suggested, leaving open the possibility of compensation.

“We are not going to withdraw the bill,” argued the EFF number two. “There is no parliamentary legal adviser who has a right to stop a bill. If you think it’s unconstitutional, then vote against it…

“Now you want to prevent us from debating a necessary amendment because of the view of a parliamentary legal adviser, of hired staff of the ANC in Parliament…”

In late February 2018, the EFF had had an easier time on expropriation without compensation and amending Section 25 of the Constitution to make that happen.

An EFF motion – watered down for ANC support in an afternoon of political horse-trading – started the process towards amending the Constitution to expressly allow land expropriation without compensation. The process remains ongoing with the constitutional amendment now expected by the end of 2020.

It’s a short, sharp draft law that simply amends key sections of the original law to ensure all directors are government-appointed, not private shareholders.

“The State is the sole holder of shares in the Bank.”

And despite rightwing scarecrows — as Shivambu put it — that this would cost billions of rands, it would not cost a cent.

“For public purpose and in the public interest, which is provided for in Section 25 of the Constitution, we should take these shares from all these owners without compensation.”

Shivambu told lawmakers that this Private Member’s Bill was only about changing the ownership of the SARB, to nationalise it so a democratic state owned its central bank. But that was the first step.

“A state-owned central bank should deal decisively with the concentrated ownership in the financial and insurance industry. We must be unapologetic.”

The South African Reserve Bank has long walked away from the political noise over its role, function and ownership that has flared up, repeatedly and often noisily from the governing ANC’s factional fissures, over at least the past three years.

“We actually do not see what the case for nationalisation is. We have walked away from the debate and decided to leave that debate to the executive. We have said to the finance minister (Tito Mboweni) and the president they must deal with it because there is nothing the Reserve Bank can do.”

Being a Reserve Bank private shareholder may just be a vanity project because it doesn’t really pay either. Private shareholder income, or dividends, is capped — at 10,000 shares, and at 10 cents a share at most. That’s a maximum R1,000 a year. A total of two million SARB shares are issued, and annual dividends payable are at most R200,000 as the SARB Act prescribes.

With that Kganyago stayed on message with what he had told the South African Chamber of Commerce in London at the start of June 2020.

That is what the SARB took seriously in mid-2017 when it went to court to interdict Public Protector Busisiwe Mkhwebane’s 19 June report on the Absa apartheid-era Bankorp bailout.

The public protector’s remedial action, ordering that the SARB’s mandate in Section 224 of the Constitution should be amended to include “meaningful socio-economic transformation” through a motion in the House brought by the justice committee chairperson, was dropped early in proceedings. It’s just not how the Constitution is amended; a law is required, alongside meaningful public consultations and proper considerations by both Houses of Parliament.

The SARB, and Absa, ultimately won their case and this public protector’s report was set aside as invalid.

The South African Reserve Bank has 802 private shareholders, according to its 2019/20 annual report. By law, they are excluded from policy-making and the central bank’s day-to-day running and also have no say over foreign reserves.

While private shareholders may elect seven directors to the SARB non-executive board, against the government’s four directors, the president appoints the central bank leadership – the governor and three deputies.

Being a Reserve Bank private shareholder may just be a vanity project because it doesn’t really pay either. Private shareholder income, or dividends, is capped — at 10,000 shares, and at 10 cents a share at most. That’s a maximum R1,000 a year. A total of two million SARB shares are issued, and annual dividends payable are at most R200,000 as the SARB Act prescribes.

Compare that to the money the SARB makes for the National Revenue Fund, the official name for the national purse: R6.4-billion after tax in the 2019/20 financial year, predominantly from what the annual report calls “net investment income of the SARB, derived mainly from foreign investments and accommodation to banks, and some R900-million from the SA Mint.

So nationalising, and changing the mandate and role of the SARB – the ANC 2019 election manifesto said the central bank “…must take into account other objectives such as employment creation and economic growth” – remain a populist political policy fix.

But it’s now up to Parliament to decide whether this EFF Private Member’s Bill passes muster, as had its February 2018 motion on amending the Constitution for land expropriation without compensation. And if yes, then in what form. The debate is on. DM