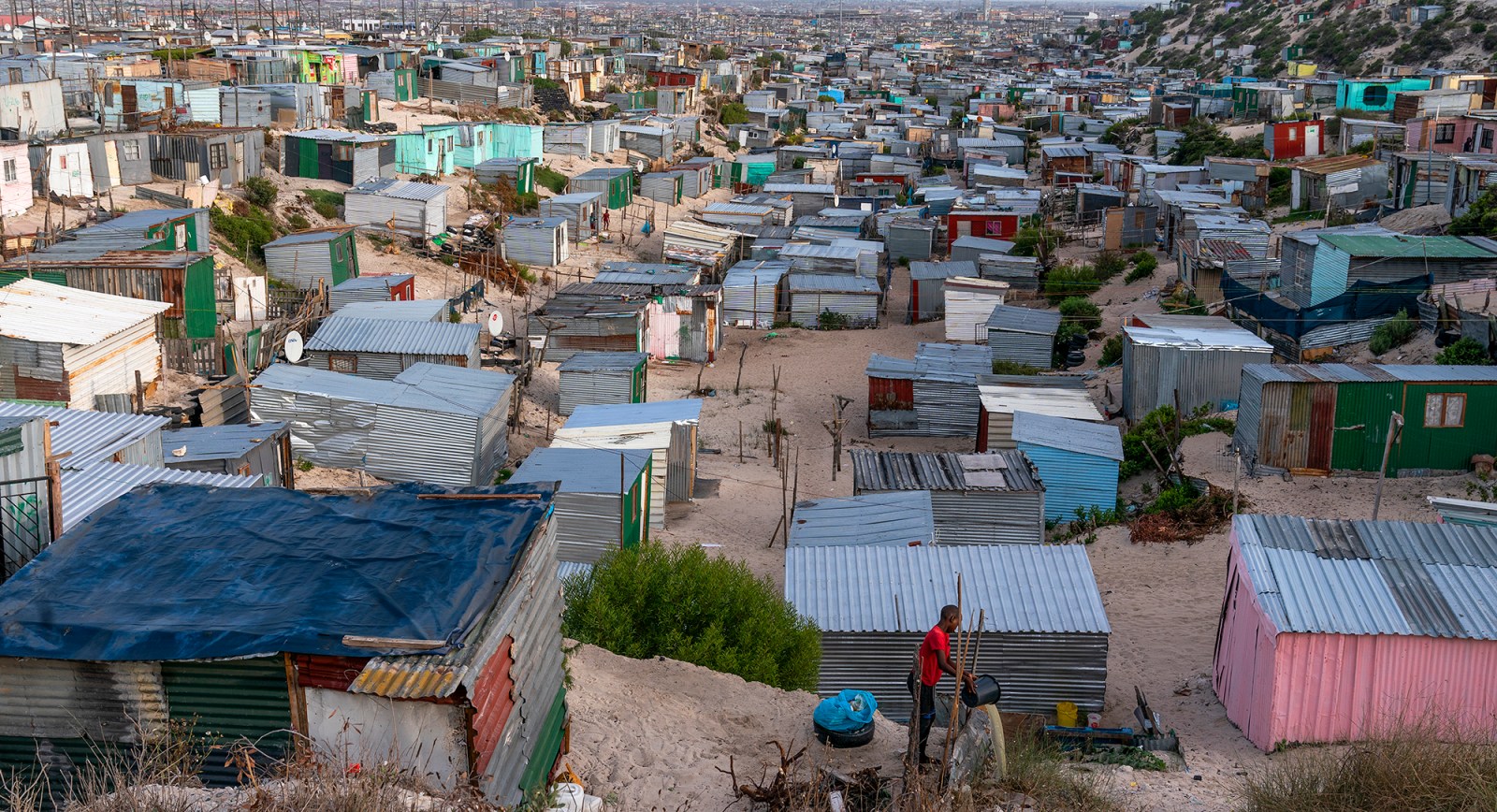 The Cape Town City Council has voted to sell plots of land in Khayelitsha and Kraaifontein for development. (Photo: EPA-EFE / Nic Bothma)

The Cape Town City Council is to sell two small vacant plots in Kraaifontein and a bigger piece of land in Khayelitsha.

Both Kraaifontein and Khayelitsha have seen a rise in land occupations, and the council on Thursday voted to sell two 496m² plots in Kraaifontein for residential purposes. The two-hectare Khayelitsha erf will be used to build a private hospital.

“This will relieve Council of the maintenance burden and uplift the community,” said the DA’s Brenda Hansen.

Hansen said that Erf 10816,  in Station Street, Kraaifontein, was situated opposite a liquor store and there were often homeless people on the vacant land.

With ongoing land occupations across the province, Hansen urged the council to adopt the proposal to sell the land so that the vacant land isn’t lost to land occupations.

In Kraaifontein as well as in other areas like Empolweni and eThembeni in Khayelitsha, backyard dwellers have occupied City-owned land after being evicted from their homes because they couldn’t pay rent due to the loss of income during the Covid-19 lockdown.

Earlier this month, the Anti-Land Invasion Unit demolished structures in eThembeni including that of Bulelani Qolani, who was dragged naked out of his home. Cape Town Mayor Dan Plato told the Cogta committee that they couldn’t afford to lose the land in eThembeni to land occupiers as it would jeopardise the City’s pipeline project.

Earlier in the meeting, the EFF’s Mbulelo Dwane asked Plato why the City of Cape Town took so long to develop vacant land.

“Councillors often tell people that [vacant City-owned] land is for development. But why has the land been left vacant for so long? Why has development taken so long?” asked Dwane.

Plato replied that, “Land is vacant for future housing development, we can’t develop housing all at once.” He emphasised that the City’s inability to meet housing demands was not unique to Cape Town. Many other metros are facing similar housing issues. Furthermore, housing development plans happened in phases, Plato told the council.

Regarding Erf 10809, which is in Belmont Park in Kraaifontein, Hansen said, “there were no objections [to the sale of the land] from community members. They recommended that the sale [and housing development] should take place soon before people start invading the land.”

The majority votes in favour of selling the land for residential purposes from the DA, ACDP, COPE and Freedom Front Plus meant that the sale of Erven 10809 and 10816 was approved and adopted by the council.

Another piece of vacant land on the agenda was the 2ha Erf 18370 in Khayelitsha. The majority of councillors voted for the sale of the land, located east of Khayelitsha Station.

DA councillor Joseph Mbolompo said the building of the hospital would provide employment opportunities for small to medium enterprises during the construction phase.

The proposal was adopted after receiving a majority vote.

Mbolompo was heckled by EFF councillors while he spoke. He responded to the hecklers thus: “They say this is part of their strategic cardinal pillars, but what is strategic about grabbing land that is on wetlands?” DM