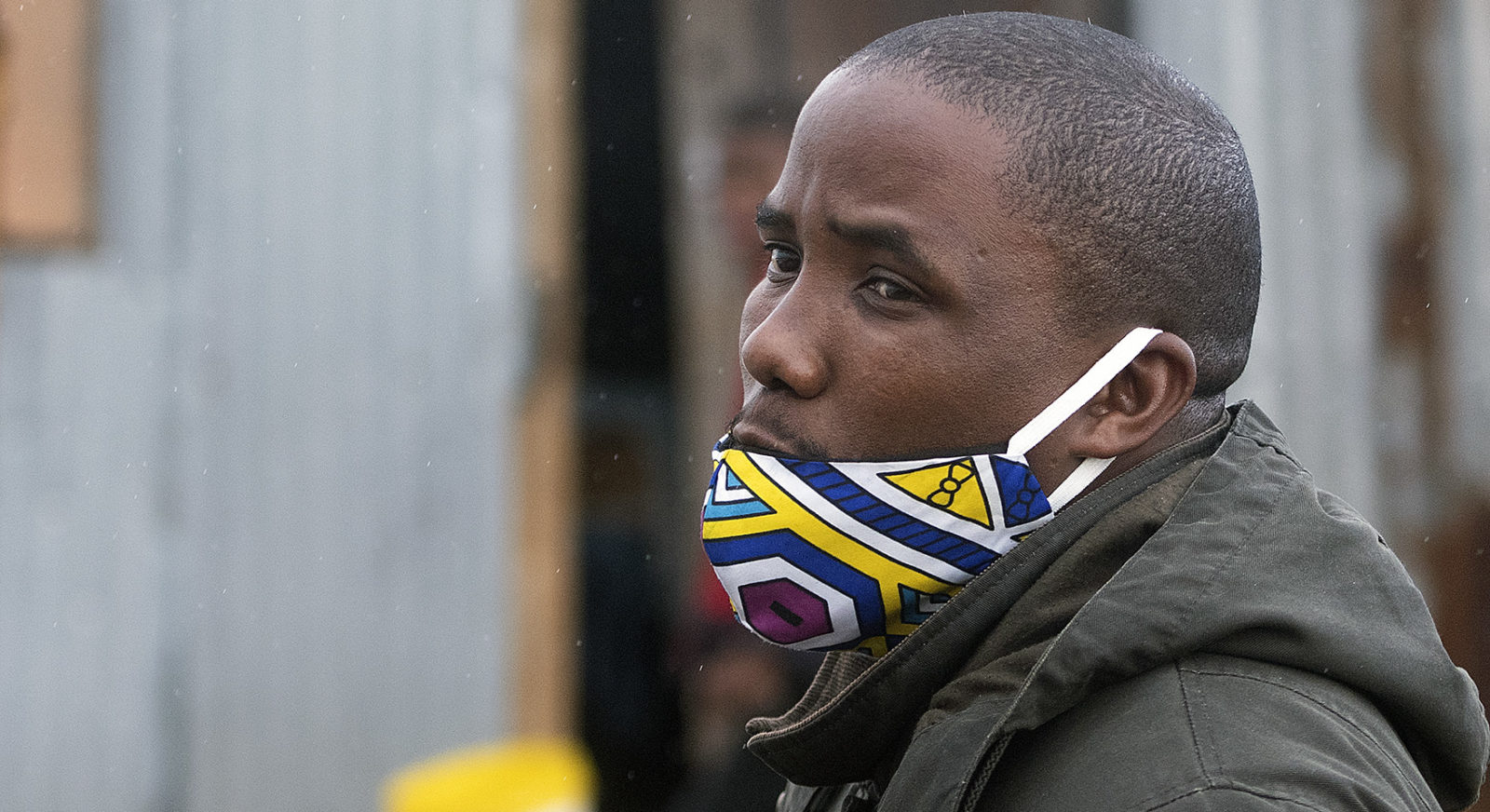 CAPE TOWN, SOUTH AFRICA - JULY 02: Bulelani Qholani speaks outside his shack on July 02, 2020 in Cape Town, South Africa. It is reported that the victim Bulelani Qholani was dragged naked out of his shack during evictions by four law enforcement officers. (Photo: Gallo Images/Brenton Geach)

A spate of evictions and demolitions has placed the spotlight on the availability of a housing plan for backyarders and people living in informal settlements on the Cape Flats.

Cape Town Mayor Dan Plato was at the receiving end of a tongue lashing at a virtual meeting of the portfolio committee on Cooperative Governance and Traditional Affairs (Cogta) on Friday 3 July.

Plato, along with members of the mayoral committee, presented a report on the City’s response to land invasions to the committee chaired by Faith Muthambi. The meeting was also attended by the Human Rights Commission (HRC).

The meeting was held in the aftermath of the controversial eviction of a naked man, Bulelani Qholani, in Khayelitsha on 1 July by four of the city’s law enforcement officers. The action has been widely condemned.

Plato and his delegation were admonished by the committee for the manner in which this eviction, as well as others which have occurred during the Covid-19 pandemic, have been executed.

“We understand the city’s constitutional obligation to enforce its by-laws. What we are condemning is the distasteful manner in which the city’s law enforcement officials carry out the evictions,” said Muthambi.

At the root of land invasions and the erection of illegal structures was a municipal failure to provide land and housing.

“Resorting to brute force will not resolve this fundamental problem,” Muthambi said.

The committee instructed Plato to ensure that the City provided alternative accommodation for those being evicted from structures.

Plato was also quizzed about the availability of a housing plan for people who lived in the informal settlements, as well as in backyards, on the Cape Flats.

Muthambi said the committee would arrange a follow-up meeting where Plato would provide a briefing on costs and the chain of command with regard to the evictions. There would be consequences for wrongdoing, warned Muthambi.

Plato informed the committee that the city had also been “shocked” by the violence of Qholani’s eviction, and that the four law enforcement officers involved had been suspended.

Plato has asked that this matter be concluded by no later than Friday 10 July.

The mayor of Cape Town explained that the City had not evicted people from established, older structures, but from those newly-built on a site where the city had planned “major infrastructural” developments.

Losing that specific parcel to a land invasion would result in a loss of development for Khayelistha, said Plato.

The City’s report to Friday’s virtual sitting of Cogta further stated that the Empolweni land invasion had jeopardised a R162-million water pipeline which was crucial to Khayelitsha as a whole.

The committee heard the city was in the process of installing a 6.3km pipeline from Faure to Khayelitsha along Baden Powell Drive. Land invasions had halted this project, said Plato.

“This will not only impede services to 11,000 Enkanini residents, but also [jeopardise] water supply and sewerage supply in Khayelitsha as a whole, Plato added.

He added that a Western Cape High Court order permitted the removal of new illegally erected structures on the land in question. This was aside from 49 structures which the court allowed to remain in Empolweni.

The city was adamant there had “never been an eviction on that site”, adding that they were dealing with land invasions.

Mayoral Committee member for Human Settlements, Malusi Booi, pointed out that Qholani’s was not one of the 49 structures covered in the court order.

The city also maintained that video filmed by law enforcement officials showed Qholani clothed at the time of the operation, and not taking a bath in his structure.

The ANC Caucus in the City of Cape Town repeated a call on Sunday for an impartial investigation, saying the City could not investigate itself.

Xolani Sotashe, leader of the opposition in the City of Cape Town, said the party did not doubt Qholani’s version of what had occurred.

Sothase accused the city’s Mayoral Committee Member for Safety and Security, JP Smith, as having “had a hand” in events.

“It is inconceivable that law enforcement acted on its own. If it did, it’s a rogue force and the situation is much more severe than we thought. We are also alarmed that Councillor Smith has publicly confirmed what we have been saying for a long time; that the City of Cape Town’s law enforcement unit is ill-disciplined, poorly trained and a dangerous force,” Sothase said. DM/MC