From nurses to farm workers, those locked down speak up for their rights 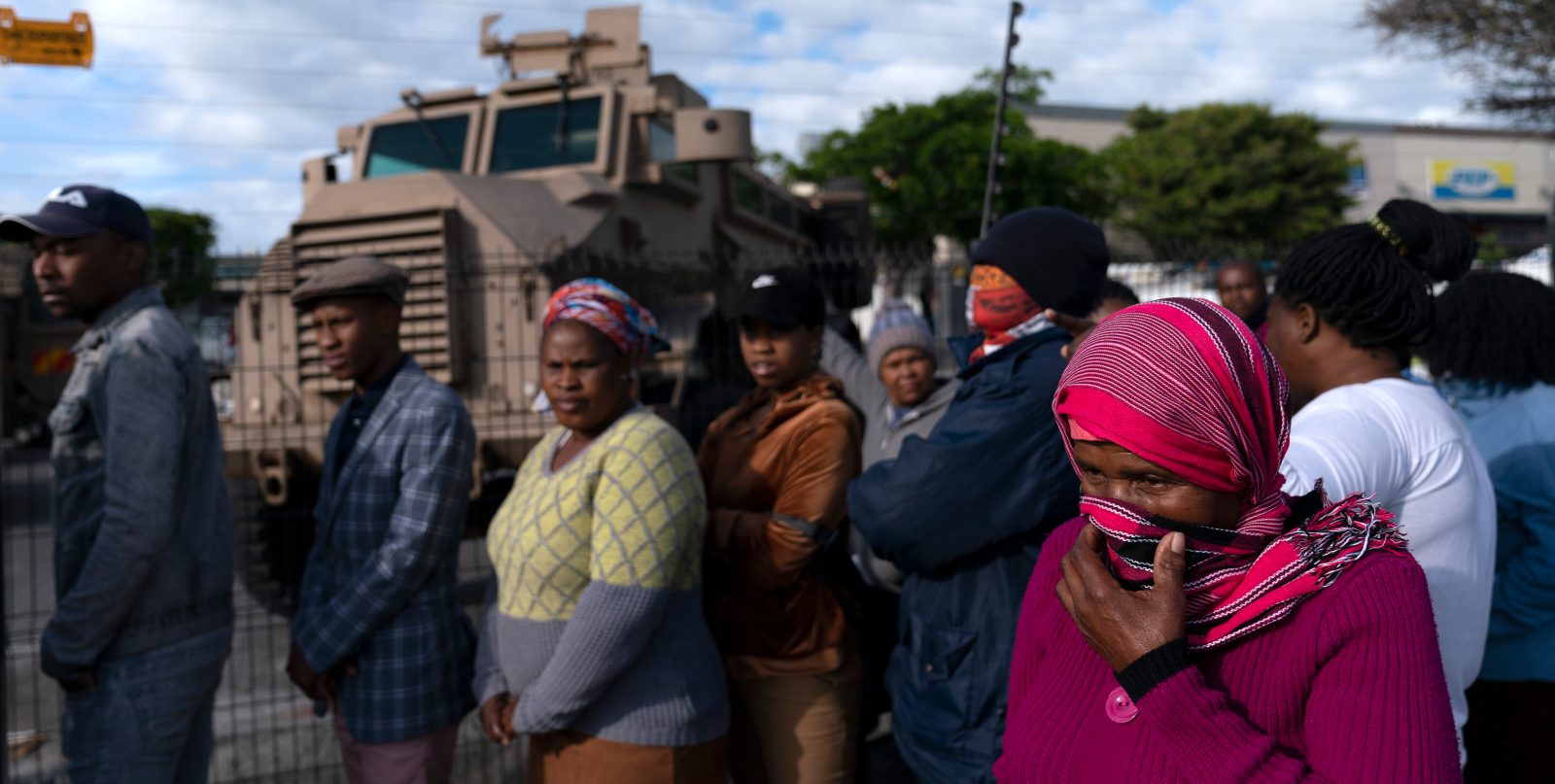 People wait in a long line for social grants and to buy food from a shopping centre in Khayelitsha, Cape Town, during the fifth day of a 21-day national lockdown. (Photo: EPA-EFE / Nic Bothma)

This week thousands of social grant recipients had their first chance since the lockdown began to draw money and do some shopping. It did not get off to a good start in some places. In Cape Town, Vincent Cruywagen witnessed the elderly and frail being shoved out of supermarket lines, collapsing from exhaustion and ignored when they asked for assistance. This was compounded by the grant system going offline, forcing many to go home and make the arduous journey again the next day.

In the Eastern Cape, the day started with snaking queues and a few robberies in Port Elizabeth. However, as time passed soldiers pushed trolleys for the elderly and explained social distancing rules. Chairs were set out for those waiting in line, reports Estelle Ellis.

Some Khayelitsha residents have expressed fear after the announcement that a resident had tested positive for Covid-19. As Cruywagen points out, this is a high-density community already under stress from a lack of water and proper sanitation. Neighbouring Mitchells Plain is also gripped by a similar worry as its cases go up to five. Community leaders have weighed in on the issue.

Civil society organisations have expressed their concern that issues impacting on the poor and marginalised could be sidelined during and after the lockdown.

For instance, sex workers feel they are missing from the conversation and rural communities are concerned their underfunded and neglected healthcare systems won’t cope. Healthcare workers worry about a lack of personal protective equipment and farmworkers fear layoffs. Alicestine October spoke to them about their apprehensions. 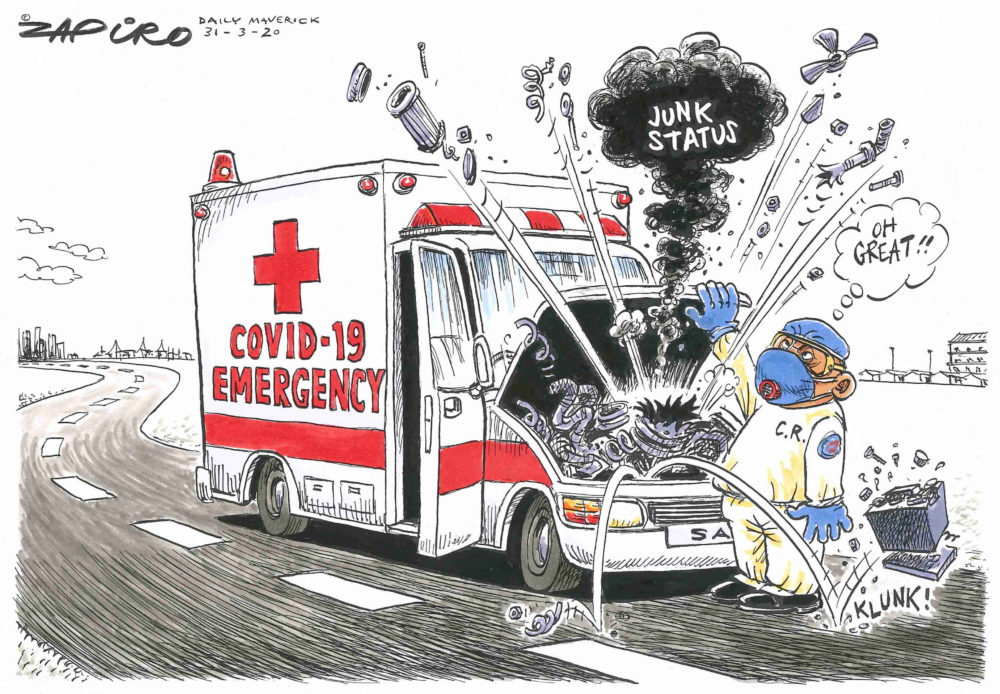 Healthcare workers have spoken out about the critically low amount of protective equipment available across the country in the response to the Covid-19 outbreak.

Nurses in particular are frustrated, given that they interact so closely with patients when examining and treating them and because they fear becoming sick when they know they are especially needed.

“Just as the president addressed the troops, we are saying our nurses are on the frontlines, and they are not asking for guns, all they are asking for is the protective gear, and then as nurses we will do what we do best, which is to fight and ensure our communities are safe.”

Businesses and others who have PPE stock and are available to assist with the BSA’s call, can email [email protected]. Businesses are requested to state what stock they have, the quantity, manufacturer/brand, whether the stock is sterile (the BSA will sterilise) and their location.

Nonetheless, some vulnerable groups have been provided some sense of security.

Those who rely on chronic medicines in North West, the Western Cape, Gauteng and KwaZulu-Natal can have their scripts filled for three or four months so that they decrease their trips to public spaces, and therefore possible exposure to Covid-19.

However, this might not be possible for all types of medicine as there might not be enough stock to go around at that particular moment. Ufrieda Ho explains why.

Some miners have also been guaranteed some certainty. Anglo American Platinum and Impala Platinum have said they will pay employees their salaries during the lockdown. This comes as both mining companies declare force majeure on some contracts, writes Ed Stoddard.

More than 70 neighbourhoods in Cape Town have set up collective action networks to connect people in order to care for one another during the lockdown. In addition, different networks have paired up in order to share resources and distribute them to where they are needed.

Pamela Silwana, the administrator of the Gugulethu collective action network, writes of how her team collects and distributes local resources and how it paired up with the Sea Point branch to help people in both areas.

While the vast majority of people in South Africa are locked down and locked in, citizens of Germany, Brazil and Britain are trying their best to fly out of the country as soon as possible. There are some 7,000 Germans, 500 Brazilians and a couple of thousand Britons stuck in South Africa at the moment. Their embassies are trying to charter planes to fetch them and perhaps return some South Africans home at the same time. As Peter Fabricius points out, there is a jumble of bureaucratic obstacles in their way.

Meanwhile, it has come to light that a man who has tested positive for Covid-19 in St Francis Bay in the Eastern Cape had travelled through a few provinces before settling down at the coast. Tracing teams are working across provinces to find those he had contact with.

As Estelle Ellis writes, a part of the Wild Coast locked itself down last week saying it will not allow “Corona tourism” to bring the virus from the cities to the rural area. 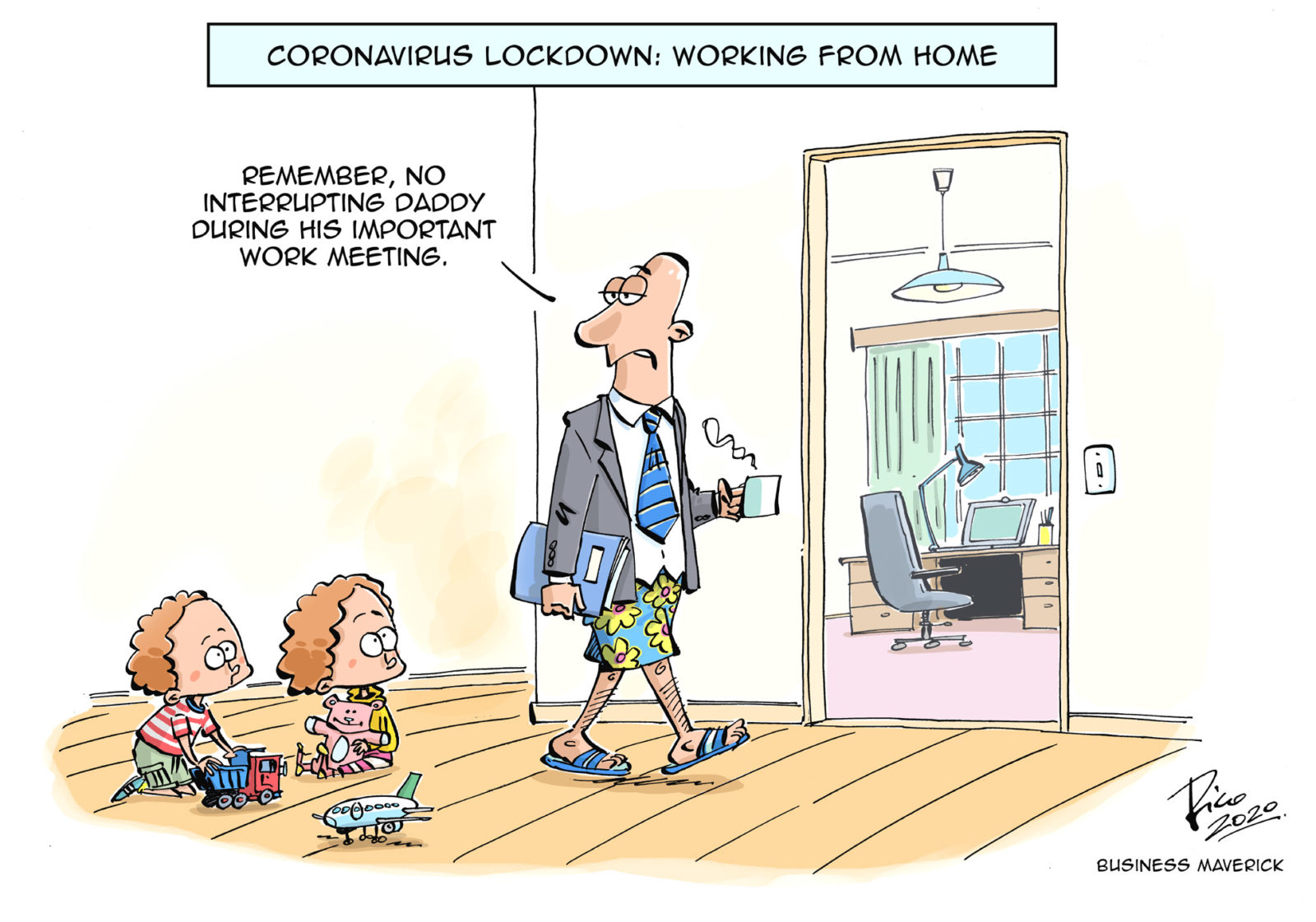 Botswana has joined South Africa and Zimbabwe in declaring a national lockdown to curb the spread of Covid-19. President Mokgweetsi Masisi has imposed an indefinite State of Public Emergency and a lockdown which will last 28 days from Thursday 2 April.

Botswana has confirmed that three people within its borders have tested positive for Covid-19. As Peter Fabricius writes, Masisi said the country needed to act because of the rapid rise of infection in neighbouring countries, a low rate of testing, lengthy health protocols and the return of citizens from abroad.

As the number of Covid-19 cases globally surpasses the 800,000 mark, it is worth quoting from the latest address by Dr Tedros Adhanom Ghebreyesus, the director-general of the World Health Organisation:

“Yesterday I sent a tweet with a single word: humility. Some people asked me why.

“Covid-19 is reminding us how vulnerable we are, how connected we are and how dependent we are on each other.

“In the eye of a storm like Covid, scientific and public health tools are essential, but so are humility and kindness.

“With solidarity, humility and assuming the best of each other, we can – and will – overcome this together.” DM