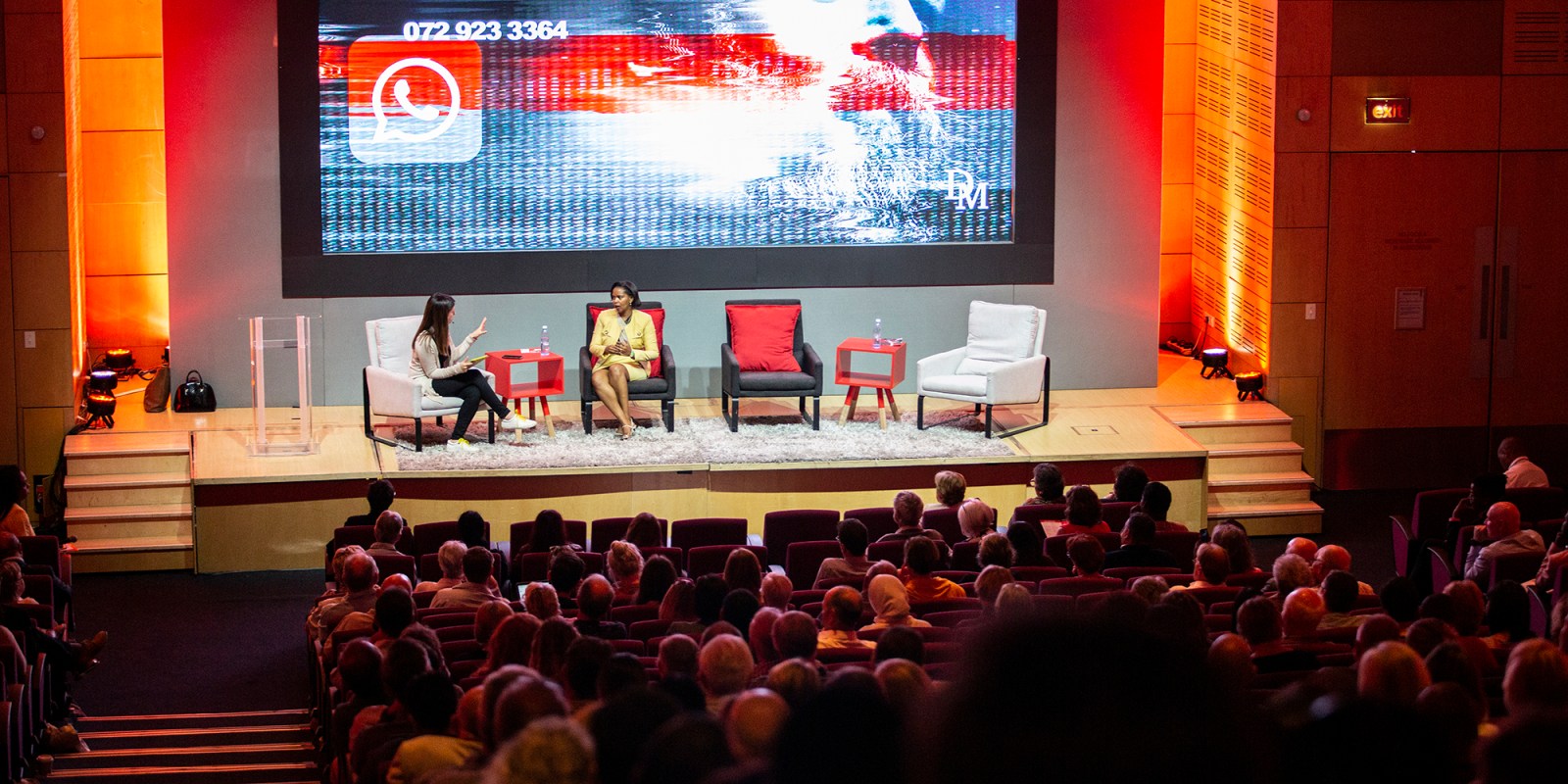 Mosilo Mothepu was sipping chardonnay, watching the sunset over the Red Sea in Egypt when she decided she had to act.

It was September 2016 and she’d just read about the NPA’s investigation into Pravin Gordhan and how former public protector Thuli Madonsela would receive only half of the R3-million she requested to investigate state capture.

Boosted by “Dutch courage”, Mothepu consulted her partner, who worked at the South African Embassy in Cairo, and decided to tell Madonsela what she knew.

Mothepu was speaking at Daily Maverick‘s The Gathering in Cape Town on Friday, 6 March about her decision to become a whistle-blower and expose the Gupta-linked company Trillian’s dodgy dealings with the state, which came with devastating personal consequences.

Mothepu, who had previously worked for Regiments, is passionate about women empowerment and transformation, and was excited to be appointed Trillian CEO, but soon found she was being undermined. She had to answer to executives from an outside company, Integrated Capital Management and couldn’t even dismiss juniors without that company’s approval.

“It’s the fact that I was supposed to be black and female, and had no power and then you had these other guys that were not even directors [giving instructions],” she said.

“I had left Trillian after having a VIP, front-row seat in the most treasonous looting, grand-scale corruption and theft,” she said.

Mothepu met Madonsela in a Lynnewood, Pretoria restaurant and told her how Wood had prior knowledge that former president Jacob Zuma was going to fire then finance minister Nhlanhla Nene in December 2015 and planned to profit off the information.

Mothepu also revealed that Trillian had been getting paid by state-owned enterprises without doing any work. The High Court in Pretoria has ordered Trillian to pay back almost R600-million to Eskom after the company was illegally paid by the energy parastatal in a deal with McKinsey, which has already returned almost R1-billion.

Eskom and SARS have applied to have Trillian liquidated to get their hands on the R600-million and an alleged R400-million in unpaid taxes.

Mothepu never wanted to be in the news – “I studied BCom,” she repeated on Friday – and thought she was following the constitutional path when she spoke to Madonsela.

“I thought that I’d go back to corporates and life would be wonderful again, but nothing could prepare me for the devastation, the onslaught that came.”

Her statement to the public protector was leaked to the Sunday Times and when a journalist called her for a comment, she said: “You publish that story and you put a bullet to my head.”

Trillian filed criminal charges against her, claiming she had stolen and shared confidential information, and corruptly benefited from it. The company accused her of extortion, fraud, conspiracy and cyber crime.

The company also pursued her in the Labour Court and CCMA. While the Hawks and NPA apparently did little to investigate Trillian, they investigated Mothepu for 16 months before eventually dropping the charges without even informing their suspect.

She spent R1.3-million in legal fees and she couldn’t get work in corporate SA. Companies would either be suspect of her links to Trillian – despite her having blown the whistle on the company – worry she might be arrested, or that they might lose their government contracts if they employed her.

“I was unemployed for 24 months – 24 months. Not one salary was deposited in my account,” said Mothepu.

She described herself and other whistle-blowers, such as Bianca Goodson, Themba Maseko and Cynthia Stimpel, who reportedly have struggled to find work, as “lepers”.

“I no longer consider myself collateral damage,” she said at The Gathering on Friday, three-and-a-half-years after her life was turned upside down.

Civil society groups helped pay her legal costs after news reports about how the Gupta-linked company was trying to “bleed a whistle-blower dry” and she was eventually offered a job after MTN unexpectedly approached her, although her contract ends this month.

“(South African) Corporates need to do more. NGOs have to do more,” she said.

She suggested that the public wants those linked to state capture to go to jail, but people have to support those who will eventually be testifying against them.

Mothepu also called for amendments to the Protected Disclosures Act saying it was “not worth the paper it’s written on”.

She is planning to start her own foundation and write a book, “a book about a 1.58m black woman with childlike hands, with size three shoes, who took a corrupt system down and also how strong the human spirit is”. DM