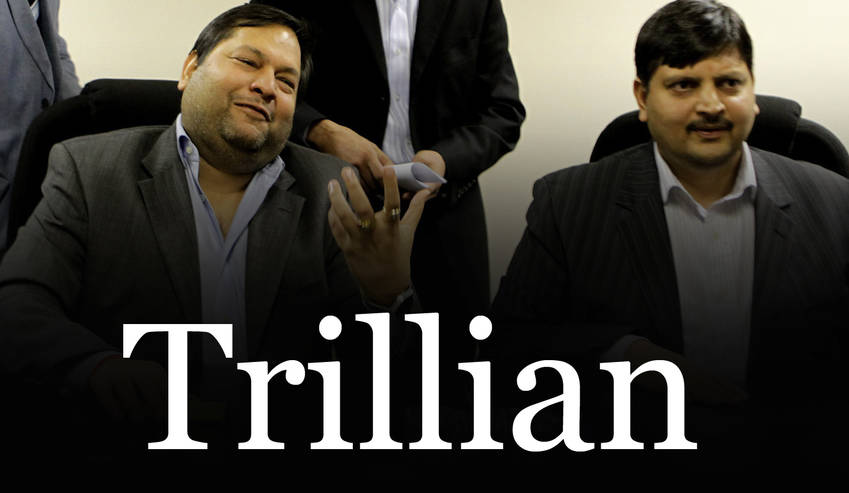 The National Prosecuting Authority has declined to charge Mosilo Mothepu, the former Trillian executive whose revelations ripped the State Capture carpet from under her former bosses at the Gupta-linked company – but the process leaves a gap for Trillian to petition higher up. By JESSICA BEZUIDENHOUT for SCORPIO.

The National Prosecuting Authority’s Johannesburg office has confirmed that it will not be pursuing criminal charges against former Trillian executive, Mosilo Mothepu, because there is no prospect of a successful prosecution.

This follows a 16-month long investigation against Mothepu, a key State Capture whistle-blower who exposed the inner workings of the Gupta-linked financial advisory company in 2016.

The Hawks and the NPA’s Gauteng office, in response to an enquiry from Daily Maverick, confirmed the decision – both saying this was because there was no prospect of a successful prosecution.

Mothepu is the woman who spilled the beans on how executives at Trillian allegedly had prior knowledge that former president Jacob Zuma was going to sack Nhlanhla Nene in December 2015 when he first served as the country’s finance minister – and that they had planned to cash in on this information. The company’s majority shareholder until mid-2017 was key Gupta lieutenant, Salim Essa.

Much of her revelations, contained in a detailed statement to former public protector Thuli Madonsela, have since been bolstered or validated by financial records and documents provided by other whistle-blowers, a private investigation by senior advocate Geoff Budlender and a parliamentary enquiry into Eskom.

She resigned from Trillian in July 2016 and took the company to the Commission for Conciliation Mediation and Arbitration in Johannesburg for constructive dismissal.

In response, Trillian boxed her into a financially crippling legal corner – it demanded she repay a R500,000 sign-on bonus and opened the criminal case against her for a range of alleged crimes.

Trillian maintained that Mothepu was not a whistle-blower and therefore could not rely on protection under the Protected Disclosures Act. Instead, the company accused her of:

The NPA in Gauteng disagreed. Reasons include that digital forensic investigators from the Hawks had examined and analysed Trillian’s server and electronic devices previously used by Mothepu and found no evidence to support the allegation that she had “stolen” information nor that she had received “gratification” in exchange for it.

“On the theft allegation, the suspect by virtue of her job was entitled to and/ or had access to all type of company information.”

In addition, Mothepu also had “valid defences” in respect of claims that she had been in breach of the Companies Act.

At this stage, the NPA said, there was no evidence that she had stolen company information nor that she was in breach of the Electronic Communications and Transactions Act when she disseminated it.

“In the totality of evidence, the State submits that there are no prospects of a successful prosecution in that there was no link for suspected stolen information and proof that the suspect was selling information for personal gain,” the NPA statement reads.

Although official paperwork shows that the decision not to prosecute Mothepu was taken six months ago, Mothepu was unaware of this until contacted by Daily Maverick on Monday.

Although relieved, she was baffled by the news as the NPA, as recently as November, had told her lawyer that a docket had yet to reach the national office where she had hoped to make representations, a process that usually only kicks in once a decision has been made to prosecute.

Regardless, she said, the “charges” against her were “baseless and malicious” and had been engineered to tarnish her reputation.

“It all started when Trillian realised that I had submitted a statement to the Public Protector,” Mothepu said.

The former executive had a torrid time battling the deep pockets of her former employer on her own at first. She has thus far been unable to find a job as some prospective employers had initially deemed her a “political risk”, and her job prospects were further dented by the criminal investigation hanging over her head, something she had no choice but to disclose during job interviews.

Last year the international whistle-blower organisation, Pplaaf, became aware of Mothepu’s plight and stepped in to help with legal fees with a consolidated strategy across her civil and criminal cases.

Asked for comment on the latest development, the organisation’s founder, lawyer and international whistle-blower champion, William Bourdon, flagged concerns about the Hawks investigating a whistle-blower even though the real culprits in the State Capture saga continue to roam free.

“As then-captured arms of the state, both the NPA and the Hawks deliberately and selectively sought to prosecute Mothepu as a criminal. This strategic wearing down of a key whistle-blower ranged from defamation, harassment and intimidation, to draining her financial resources and isolating her from opportunity such as obtaining employment.

In this way, the NPA could be reasonably described as appearing to work in service of the Gupta-controlled interests and their political backers, especially in light of their failure to prosecute the same parties.

“Mothepu’s efforts must not be in vain: critical information provided by whistle-blowers like her must now be used for asset recovery, criminal convictions and political accountability,” Bourdon said in a statement.

“Whistle-blower protection must take into account the realities faced – the days of whistle-blowers living on borrowed time and in the dark, like canaries in the mine, must come to an end or the promise of democracy becomes the canary too.”

The criminal case against Mothepu was opened about a month after her disclosures to Madonsela landed up in the public domain in October 2016. Her statement lifted the lid on Trillian’s engagement with State-owned Enterprises like Eskom and Transnet and flagged how payments had been made to the politically connected company even though no work had been done or in cases where no contract existed.

Meanwhile Trillian is set to square up against the Asset Forfeiture Unit of the NPA should it plan to challenge a preservation order to freeze just under R600-million it had been paid by Eskom through a dubious deal involving global consulting firm McKinsey & Co.

McKinsey has already undertaken to pay back just over R1-billion in fees it received from Eskom, although the company seeks a court order first.

Wood and his former partners are embroiled in their own legal battle — allegedly triggered by Regiments directors Litha Nyhonyha and Niven Pillay’s refusal to allow a Gupta buyout of their company. DM