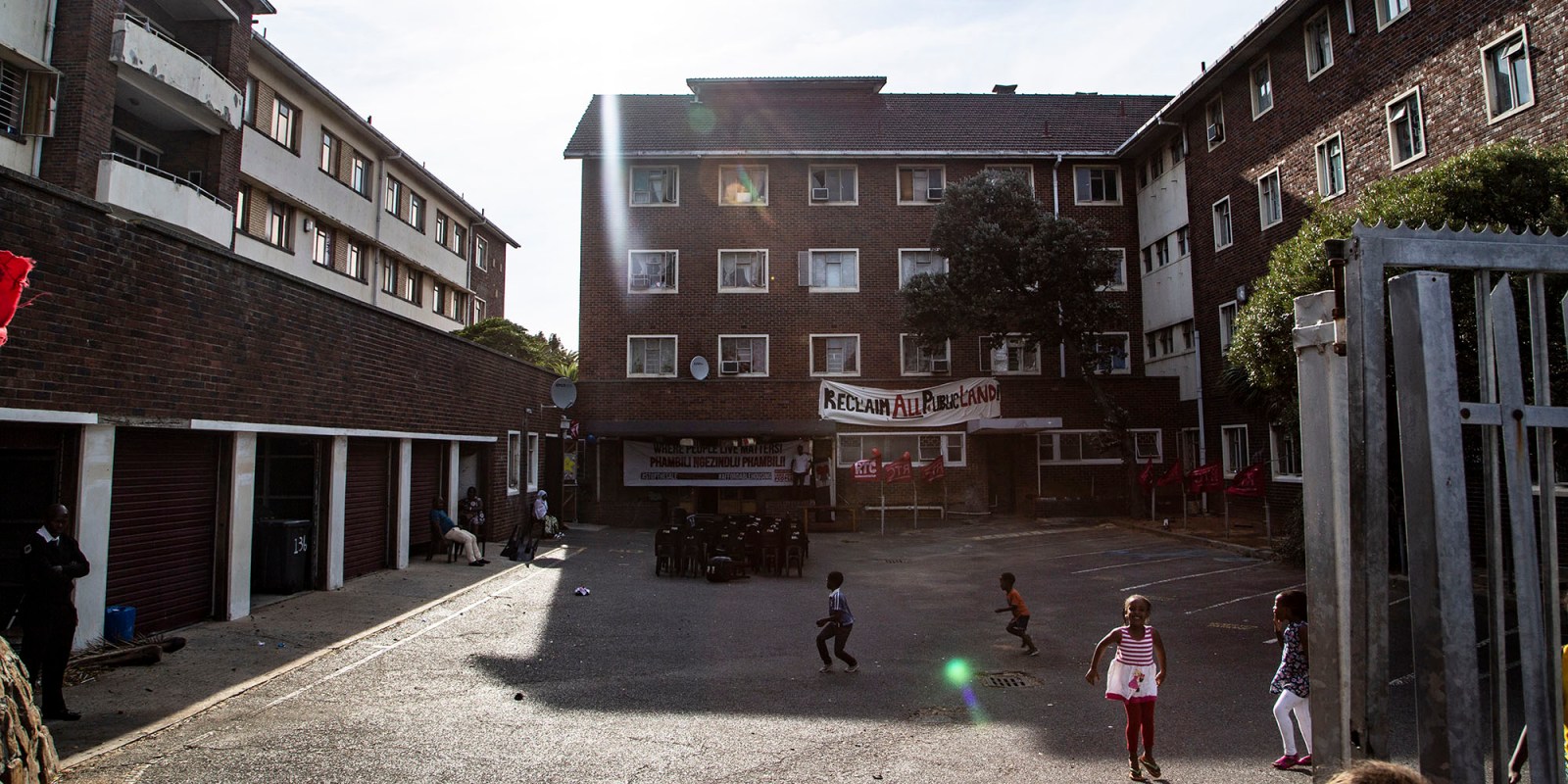 Western Cape Premier Alan Winde mentioned rail transport and his Safety Plan in his State of the Province Address, but his description of the occupation of provincially owned properties in central Cape Town had activists fuming.

Spatial integration within the inner city of Cape Town has been a burning issue between activists and local and provincial government for some time. During his State of the Province Address in Mitchells Plain on Thursday, Western Cape Premier Alan Winde said illegal occupiers were preventing the provincial government from providing housing.

“Of course, we already know that if people live closer to their place of work, traffic will decrease. That’s why we are committed to delivering solutions which will create affordable housing opportunities in proximity to our economic centres,” said Winde. He continued: “Equally complex situations involving housing, land and illegal occupations continue to play themselves out in our province, and indeed across our country.”

While there have been many occupations in the province, none irk the province more than Reclaim the City’s occupations of two provincially owned properties in the heart of the Cape Town CBD.

“Both the Woodstock Hospital and Helen Bowden mixed housing project sites are overrun by illegal occupants — many of whom were encouraged to take their criminal action by registered NGOs purporting to stand for land redistribution. How ironic, then, that these very organisations are driving the exact opposite outcome. The longer these sites are illegally occupied, and the more costly delays we suffer, the less we’ll be able to deliver,” said Winde.

In 2019, local and provincial government admitted that no social housing had been built in the inner-city CBD over the past 25 years.

“To these occupiers I say — vacate these premises so that we can build homes for those who have waited patiently for decades to receive much-deserved redress. Some might ask, why do we simply not force them out? Well, these occupiers and the organisations which support them are abusing the well-meaning laws of our country to suit their ends.

“The PIE Act, which was originally enacted in 1998 to prevent unfair evictions, is being used as a weapon by illegal invaders to force the government into providing them with emergency housing, effectively allowing them to jump the housing queue. Simply put, these invaders are holding the government and longstanding housing queue beneficiaries to ransom,” said Winde.

Not once during his speech did Winde speak about the promise by former human settlements MEC Bonginkosi Madikizela, who promised in March 2019 that 10,000 housing opportunities would be built in the inner-city areas of Bo-Kaap, Oranjezicht, Tamboerskloof and the CBD. By November 2019, this promise had dwindled to 2,000, with no explanation.

At one point, Winde said: “These invaders are making the government job of delivering housing opportunities to those most deserving, and of addressing past spatial biases in home ownership, completely impossible”.

“The Premier tries to paint our occupations as unlawful, but the reality is that we are the same people who would benefit from state-subsidised affordable housing — if only the province built it. The province has failed poor and working-class families over and over again. It has refused to prioritise the development of affordable housing in well-located areas. And now it is blaming people who need homes for its lack of delivery,” said Reclaim the City’s Woodstock chapter leader Karen Hendricks.

Hendricks added: “Because of the government’s failure, many poor and working-class families have been forced to occupy vacant or unused state land to make sure that they do not become homeless.

“Poor and working-class families cannot wait forever while the province continues to make empty promises. People can’t live in a waiting list. Our occupations in Woodstock and Green Point offer homes to seamstresses, teachers, nurses, caretakers, domestic workers, shop-keepers and security guards, many of whom have lived in these suburbs for decades.”

Hendricks saved her last words for the premier:

“Premier Alan Winde should stop making empty excuses — the province should stop blaming poor and working-class people for its own failures and if it is serious about combating spatial apartheid, it needs to urgently make the well-located land it owns available for the development of affordable housing.” DM