The rogues’ gallery lining up behind Busisiwe Mkhweba...

The rogues’ gallery lining up behind Busisiwe Mkhwebane 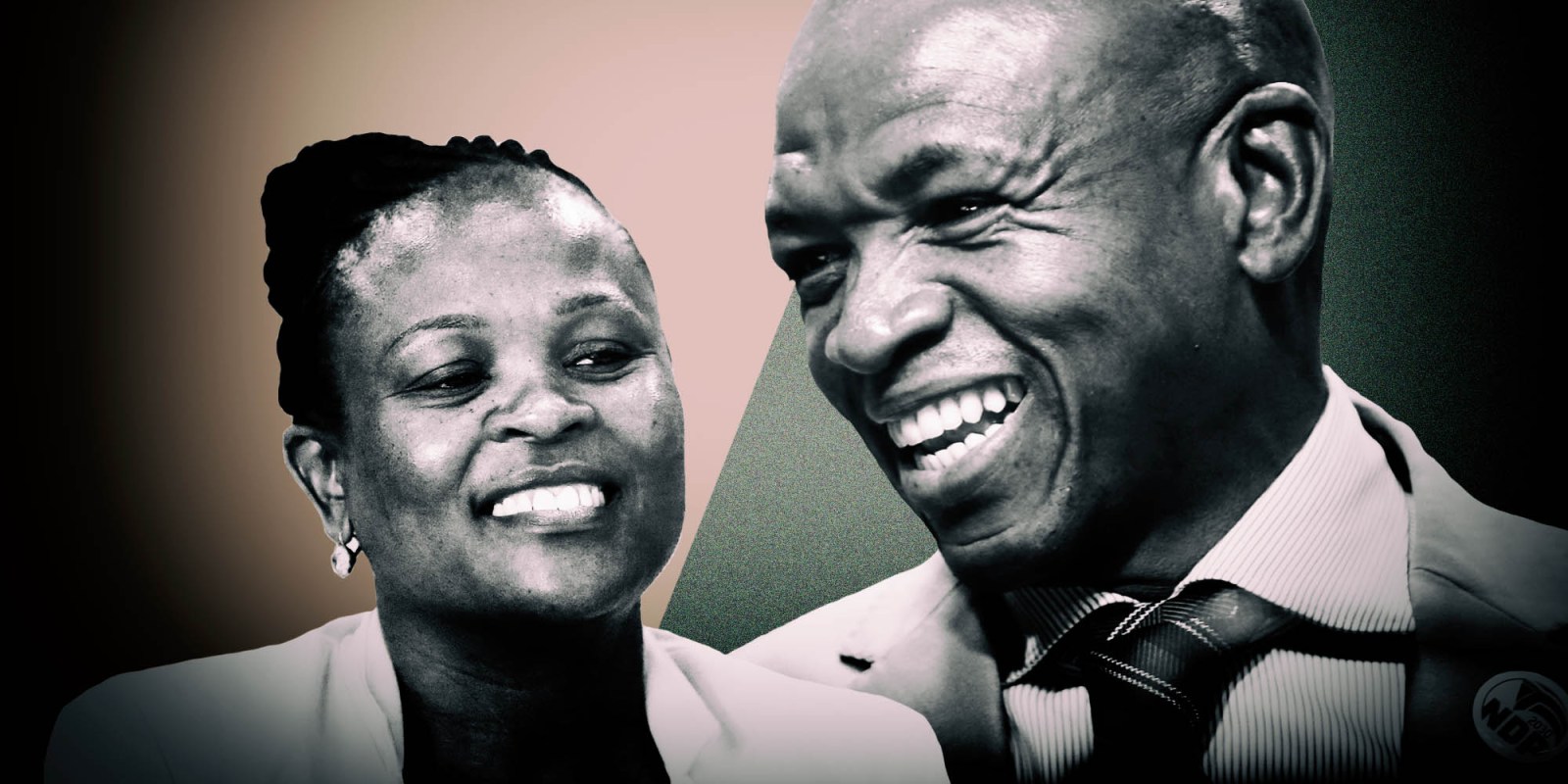 It’s apparent that the next big stress test of power structures within the ANC will be around the public protector. While it is clear Busisiwe Mkhwebane has some support inside the party, developments over the weekend suggest it may only be half-hearted.

On Sunday 2 February 2020, the ANC issued a statement in which it appeared to publicly chastise (or spank, if you prefer…) the former North West premier Supra Mahumapelo and others. The cause of Luthuli House’s ire was the fact that Maphumapelo had said in public that the ANC would not vote to remove Public Protector Busisiwe Mkhwebane from office. The ANC statement said that Mahumapelo “spoke in his personal capacity; and his views do not represent the organisation. It should be noted that the ANC has not yet discussed its position on the motion.”

It went on to point out that only the ANC caucus in Parliament can speak on the issue, before “once again” reminding its members of the “principles that inform organisational discipline”. The statement was issued after Mahumapelo said outside court on Friday that “it will not happen”, in reference to the DA’s motion to remove Mkhwebane from office through Parliament.

Mahumapelo had been attending the court hearing of former State Security Minister Bongani Bongo, who was charged with corruption relating to his alleged attempt to bribe the former legal adviser to Parliament, Ntuthuko Vanara. While there, he said that there was “no way” the ANC in Parliament would go along with the DA-proposed motion.

Interestingly, at court to support Bongo along with Mahumapelo was the former Mineral Resources Minister (and alleged Gupta enabler) Mosebenzi Zwane. It would appear that these two have now found common ground. This comes as no surprise. Both have had close links to the Gupta brothers and were strong supporters of former president Jacob Zuma.

It is clear that certain groups in the ANC look for issues revealing the divisions in the party to show who they support. Mkhwebane is such an issue. Her rulings have been, generally speaking, against President Cyril Ramaphosa and his allies, allowing Mahumapelo and Zwane to fly their flag in support of the “Zuma” faction and in opposition to Ramaphosa and his project.

The Mkhwebane issue provides a real test of power within the ANC. It is not in the interests of those who oppose Ramaphosa for her to be removed, as she is possibly the most useful and most powerful person in government that they have. Ramaphosa would surely like her to go.

The finding that he broke the Executive Code over the money he received for his CR17 ANC leadership campaign has been perhaps the most embarrassing issue of his presidency. This week, that issue is back in court as he tried to overturn her findings. Life would be much easier for Ramaphosa without Mkhwebane throwing such spanners into the wheels of his faltering presidency.

It might be tempting to suggest that Mahumapelo’s bold intervention shows that his grouping has real power, that they are not afraid to raise their heads above the parapet and say what they believe. But it is also important that he has been smacked down in such an emphatic way. It shows that the machinery at Luthuli House understands how divided the ANC appears when people make comments of this nature.

It is significant that the person in charge of communication for the ANC, the person who would have been ultimately responsible for the statement, is the secretary-general, Ace Magashule. Magashule, of course, is generally seen as keen on weakening Ramaphosa and his allies.

However, there may be other complications in this matter.

When Mahumapelo was still premier of North West, he had to leave office after a series of angry protests against him. It was Magashule who seems to have been the one who had to strong-arm him, eventually even introducing him to make his announcement that he was “taking retirement” from the position.

Since then, it is likely that Magashule has found Mahumapelo even more frustrating after the former premier challenged the ANC in court on issues relating to the processes that led to the disbanding of the ANC’s North West structures, which were led by Mahumapelo at the time.

It is also important to assess the relative power of Mahumapelo, Zwane and Bongo.

Despite their positions as chairs of parliamentary committees, it does appear that they have lost power over the past year. Bongo is facing criminal charges, Mahumapelo is now cut off from the funds he would have had access to as premier, and it seems unlikely that anyone, in the ANC or South Africa, takes Zwane seriously. If it is only this group that will support Mkhwebane, it would appear that she might be in serious trouble.

Of course, the number of people who have reason to fear criminal charges and thus favour weakening Ramaphosa must be greater than just this group. Which means the fight over Mkhwebane’s future could still be very messy inside the party.

Last week, speaking on SAfm, political analyst Professor Lesiba Teffo suggested that the ANC would have to give its MPs a “free vote” or a conscience vote on the issue. He was pointing to the problems that the party could have in trying to force its MPs to go in any particular direction on this. Considering that the balance of power in the ANC’s Parliamentary Caucus is complicated, this should come as no surprise.

However, Ramaphosa still has the power to shape the narrative. The aim for him and his allies would be to make the case in public against Mkhwebane simply overwhelming. They would have to make it obvious that she is incompetent and not able to continue in her post.

Ramaphosa may have several opportunities to do this because of various court cases in the offing. In addition to his own action against Mkhwebane, there are other cases being brought by people unhappy with her findings.

Some of these cases are not related to politics at all. The company Phumelela Racing is currently challenging her findings that the government must create a completely new horse-racing regulatory body. As part of its case, Phumelela Racing says Mkhwebane tried to strong-arm them into paying R10-million to a horse breeder as part of a settlement.

That case, and others, could join an already bulging collection of stinging judgments against Mkhwebane.

Should Ramaphosa emerge victorious, and should Mkhwebane be removed from her post, it would obviously be seen as a significant victory. It would remove from office the person who has the power to conduct searches, compel the production of certain evidence, and who is accused of working against him.

But it seems unlikely that this will happen without a political fight, which will indicate the current balance of power within the ANC. For the moment, it appears Ramaphosa holds most of the cards, if only because of Mkhwebane’s shoddy work and shockingly bad judgments. DM