Supra Mahumapelo may be ‘retired’ now, but the future of North West is still uncertain 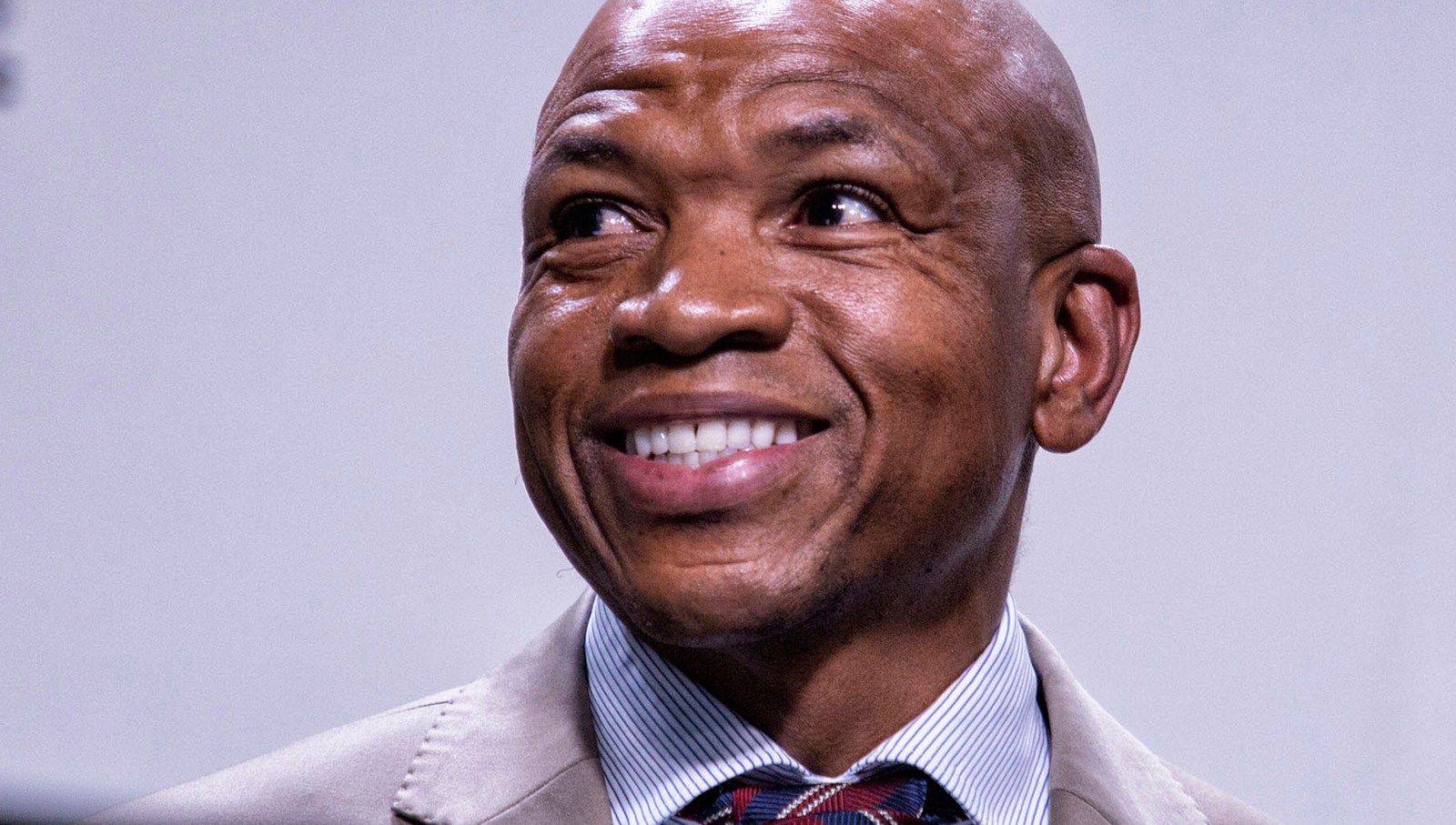 Supra Mahumapelo announces his resignation as Premier of the North West during a press briefing at Luthuli House in Johannesburg.

On Wednesday Supra Mahumapelo used the Luthuli House lectern to finally announce that he was leaving the position of North West Premier, this time for real (pinky swear). It was clear from the manner of the exit that there had been some negotiation about how it would be done. There will now be an intense focus on his replacement, but, in the longer term, the real impact may be on the balance of power within the ANC, as Mahumapelo’s exit was clearly not the outcome that Ace Magashule would have wanted.

It had been a long time coming, with huge pressure building up to force North West Premier Supra Mahumapelo out. ANC Secretary-Genral Ace Magashule looked slightly stern on Wednesday as he stood up to introduce Mahumapelo in the media centre at Luthuli House. He may well have been thinking of the last time so much of the nation was watching him speak at that venue, when he had to formally announce that the party’s national executive committee had decided that Jacob Zuma should step down as president. After a brief introduction, he invited Mahumapelo to come to the podium.

There was another echo of former president Jacob Zuma’s end days as Mahumapelo came to the lectern. He asked everyone in the room “why are you so quiet?”. It was a comment eerily similar to what Zuma had said as he started his own resignation announcement. It was an effort at bonhomie, an attempt to show that what was happening was not end of the world for him. Clearly, it was.

That said, Mahumapelo’s natural confidence still managed to shine through. For a man who once pushed a head of state off the road in that head of state’s own country, one could expect a certain amount of confidence in any situation – even as he was announcing his own resignation.

And again came the echo of Zuma, as he started by trying to explain what the priorities of his governance had been in the province. Clearly, this was part of a negotiated settlement, he was going to announce his own departure, and he was going to be allowed to do it on his own terms. Then, finally, came the phrase, “as one embarks on early retirement”. He didn’t want to use the word “resignation”, so early retirement it now was. News24 couldn’t resist, immediately leading their site with the headline “49-year-old Mahumapelo announces early retirement”. While words matter in politics, and they clearly matter to Mahumapelo, this is nonsense. As many on Twitter pointed out, you can’t take early retirement from positions you are elected to, and Mahumapelo was elected to that position by the provincial legislature in North West.

Adding to the oddness of the whole performance were the two stated reasons for his “early retirement”. That he did not want to be accused of using his position to defend himself from his political opponents who were involved in a “counter-revolution” in the province. The other stated reason was that there are corruption investigations under way there, and thus he didn’t want to be seen to be standing in the way of those either. It was not quite as strange as his earlier claim that there would be “the essence of absence of presence” from his position, but it was close.

In the end though it is blindingly obvious that no matter what choice words are used, Mahumapelo left because he had no choice. Like Zuma before him, the balance of power was simply against him. It was also the result of a long process, one that made this decision inevitable. It is now becoming the modus operandi for the team behind President Cyril Ramaphosa that to remove opponents is to simply allow certain political processes to get moving, no matter how long they take.

Mahumapelo’s exit was inevitable the moment he blinked three weeks ago, when he first hinted he would step down. Since then it has just been a matter of time.

While ANC deputy secretary general Jessie Duarte was at pains on Wednesday to say that the two “camps” that fought it out at Nasrec no longer existed, and that their WhatsApp groups had been shut down, it is certain that those who backed Ramaphosa would have been pleased with this outcome.

Mahumapelo had been a strong backer of Zuma, to the extent that he had praised the Gupta family, and erected a statue of the former Number One in his province. Now he is gone from the local top government position, and is surely less powerful now that he’s left only with the ANC position.

And yet, the story may not be entirely over yet. The ANC says that it will now select a new North West premier at its NEC meeting over the weekend. That person is usually selected from a list of three names submitted by the provincial executive committee of the province concerned. As Mahumapelo retains his position of chair of the ANC in the province, he obviously would play a big role in the choice of three names to replace him. And considering that he appointed an obvious loyalist in the form of Wendy Nelson as Premier in his absence, he would be likely to do the same here.

However, considering the recent events in that province, it is likely that someone on the NEC is rather going to use that meeting to say that the entire ANC provincial structure should be disbanded. This is something that Ramaphosa and his faction should approach with care. If their side is seen as pushing for that to happen, it could result in some sort of rebellion, in which Mahumapelo retains his position as provincial chair, and actually end up stronger.

However, as has been seen in the case of Zuma, it is also possible that the majority of the NEC simply feels that the provincial body cannot continue as it is. This could mean that North West joins the long list of provinces which battle to run themselves within the ANC.

For some in top positions in the ANC, the real question now may be much closer to home, and simply revolve around the question of “who’s next?”. So far the current balance of power has allowed Ramaphosa’s grouping to remove one president and one premier. In both cases there was the publicly available evidence of alleged wrongdoing, the possible negative impact of their continued presence in the 2019 elections to consider, and the simple balance of power. The more this happens, the stronger one side gets and the weaker the other becomes. Which could also mean that the entire process begins to speed up. As a result, Magashule, the man who has had to announce one departure and introduce another, could well begin to wonder, “Who’s next?” DM