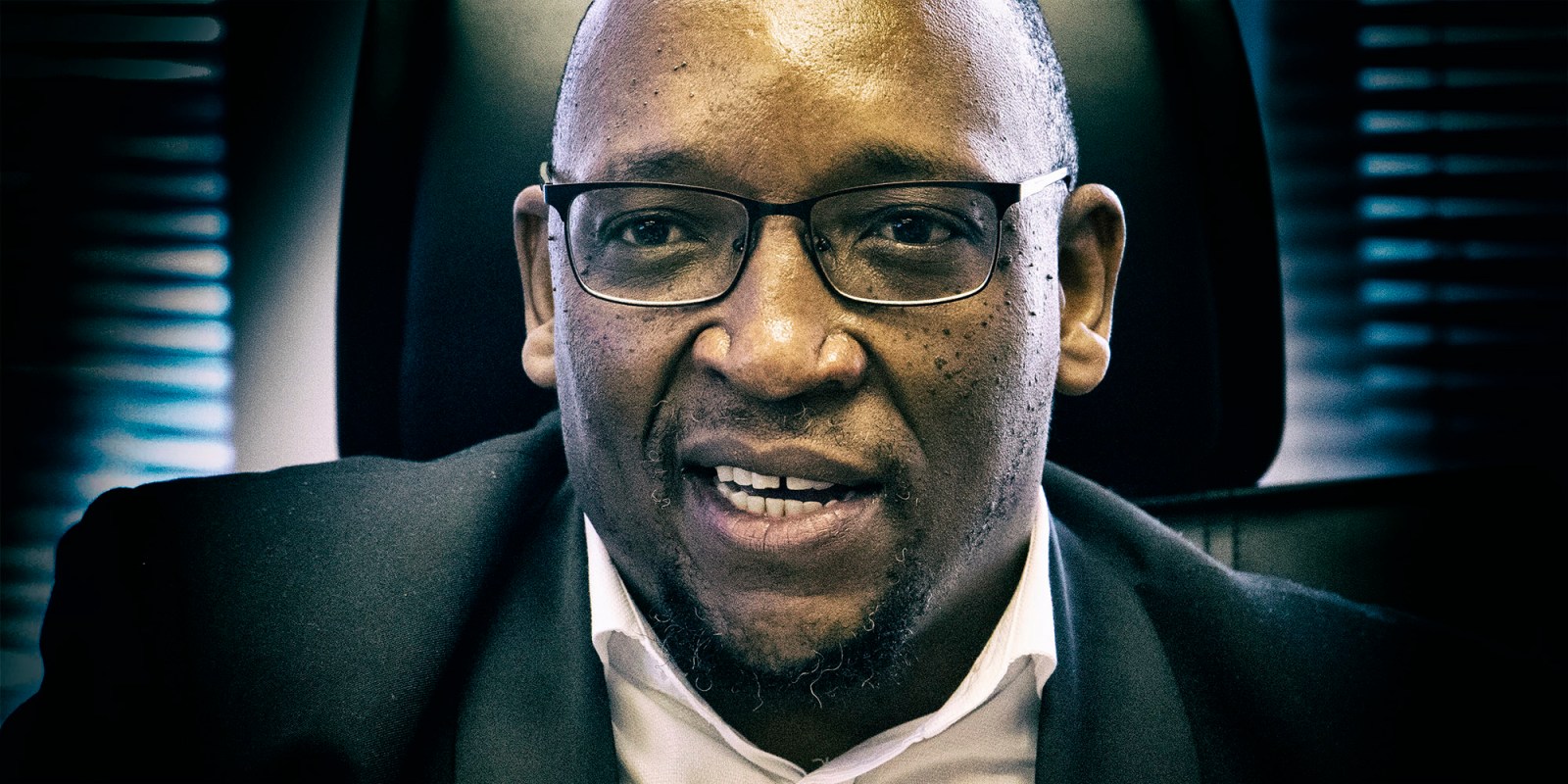 The City of Johannesburg is set to get a new mayor on Thursday to replace Herman Mashaba, who resigned in October. DA mayoral candidate Funzela Ngobeni believes he can step into his boss’s shoes, but his fate is in the EFF’s hands.

Funzela Ngobeni’s career in the DA started when he met Mmusi Maimane in Cosmo City in 2011. Maimane was campaigning as the party’s candidate for Johannesburg mayor and Ngobeni, a former ANC supporter and Cope member, was searching for a new political home.

The pair met at a branch of KFC and Maimane explained the party’s policies and vision to represent all South Africans, not just minorities. Ngobeni signed up and started to organise for the DA.

While Maimane resigned as a DA member and party leader in October, Ngobeni rose through the Johannesburg caucus to become finance MMC and is now vying to become mayor, in an unpredictable council vote on Thursday.

Ngobeni, 44, grew up in Mangaung, Bloemfontein, and became active in student politics as an SRC chairperson and Cosas member at his high school. He studied at the Central University of Technology and then moved to Johannesburg to work in the tourism sector for companies like Cathay Pacific and Air Botswana.

After Jacob Zuma won the ANC presidency in 2007, Ngobeni decided to get involved in politics again by joining the breakaway party Cope.

“I took a conscious decision then that I’m going to go back to politics precisely because I could see even then that we’re going to have nine wasted years,” he said on Monday, speaking in a boardroom at the Metropolitan Trading Company in Braamfontein.

Cope was wracked by leadership disputes and factionalism and, after meeting Maimane, Ngobeni started campaigning for the DA in areas like Zandspruit, Cosmo City and Diepsloot. He replaced Maimane as a PR councillor in Johannesburg after Maimane moved to the National Assembly in 2014.

After the 2016 municipal elections, the DA’s Herman Mashaba was elected mayor after the party formed a coalition with smaller parties and won support from the EFF, which has voted with the coalition on an issue-by-issue basis.

Ngobeni was appointed development planning MMC after the elections and finance MMC in January 2018, but Mashaba’s victory will be difficult to repeat.

Mashaba resigned in October and will serve his last day on Wednesday. During his resignation, he criticised the DA for undermining his coalition government and sidelining race in policies on redress.

The Johannesburg council has 270 seats. The ANC has 122 seats, the DA 103 and the EFF 30. The IFP has five and the AIC four. The Freedom Front Plus (FF+), African Christian Democratic Party (ACDP), Al Jama-ah, UDM, Cope and PA each have one seat.

While the horse-trading continues, both the DA and ANC are lobbying various parties for support, but even if it retains its coalition partners (the ANC has been trying to court the IFP) the DA still needs the EFF’s support to form a government.

EFF leader Julius Malema has said the party will field its own mayoral candidate on Thursday. He has suggested the EFF may support either the ANC or DA in Tshwane if either backs the party in Joburg.

The EFF and ANC are yet to announce their candidates for mayor. If three candidates are nominated, there will be multiple rounds of voting, with the candidate with the least votes in the first round being eliminated. It’s unclear how the EFF would vote if its candidate is eliminated and only DA and ANC candidates remain.

Ngobeni, who is not part of the DA’s negotiation team, which is led by James Selfe, said it would be “ill-advised” for the city to change strategic direction 18 months before the current administration’s term ends and with the adjustment budget coming up in January and budget in May 2019.

“I think really the biggest success for us is that we have managed to keep the coalition intact for three years. You’ll know what happened in Nelson Mandela Bay and the challenges that now and then we get in Tshwane and other municipalities where we are in coalitions,” said Ngobeni on the current administration’s achievements.

“It’s simple. It’s sitting down and negotiating in good faith. That’s what the leadership of Herman Mashaba has really taught us.”

The EFF lauded Mashaba’s approach as mayor and the city implemented EFF policies such as the insourcing of security guards and cleaners and extending opening hours at clinics. After Mashaba resigned in response to the election of Helen Zille as DA federal council chairperson, the EFF said the DA had “clearly turned right-wing”.

Ngobeni’s speech is more measured than his outgoing boss, whom he clearly respects. Asked about Mashaba’s criticism of the party, Ngobeni said, “The DA leadership and the DA caucus have given me and my vision full support, which is not different at all from Mayor Mashaba’s vision.”

But there’s ambivalence in some quarters of the DA about governing with support from the EFF. A party review report commissioned to analyse the DA’s election losses in May 2019 said it was a mistake and voters should be polled on the arrangement before the party decides how to proceed.

Ngobeni said the DA-led administration has vastly improved the City’s finances, increased spending on infrastructure to 71% of the budget, raised the amount spent on maintenance and repairs of infrastructure, launched inner-city rejuvenation and affordable housing projects, recruited 1,500 JMPD officers, and has begun to turn around the billing crisis.

He said visible service delivery remains a challenge – keeping the city clean, ensuring JMPD officers are visible, and maintaining parks. Key institutions such as the Johannesburg Roads Agency (JRA) and Pikitup have been hampered due to leadership instability.

The ANC has repeatedly claimed the DA is misleading the public about the state of Johannesburg’s finances. It says the City is underperforming in revenue collection, misrepresenting its cash balance and is heavily in debt, leading to visible service delivery failures such as potholes going unfixed and waste uncollected.

“It’s really a misnomer by them and really misleading by the ANC,” said Ngobeni.

He acknowledges, however, that the DA faces internal challenges after recent high-profile resignations, including the first black leader of a party that has tried to dispel claims it represents white interests, and debate over the direction the party should take ahead of the 2021 elections, particularly on policies around race and historical redress.

“To me, race matters, and there’s no doubt about it and it’s very important. That must be acknowledged but again it’s something that we need to unpack, all of us,” said Ngobeni.

“It’s not a secret that the DA itself is in the process of clarifying some of the contradictions that are in the party and I’m glad that there’s a policy conference that’s coming in April,” he added.

“I’m confident we’ll use this as an opportunity and we’ll come out stronger towards 2021.” DM