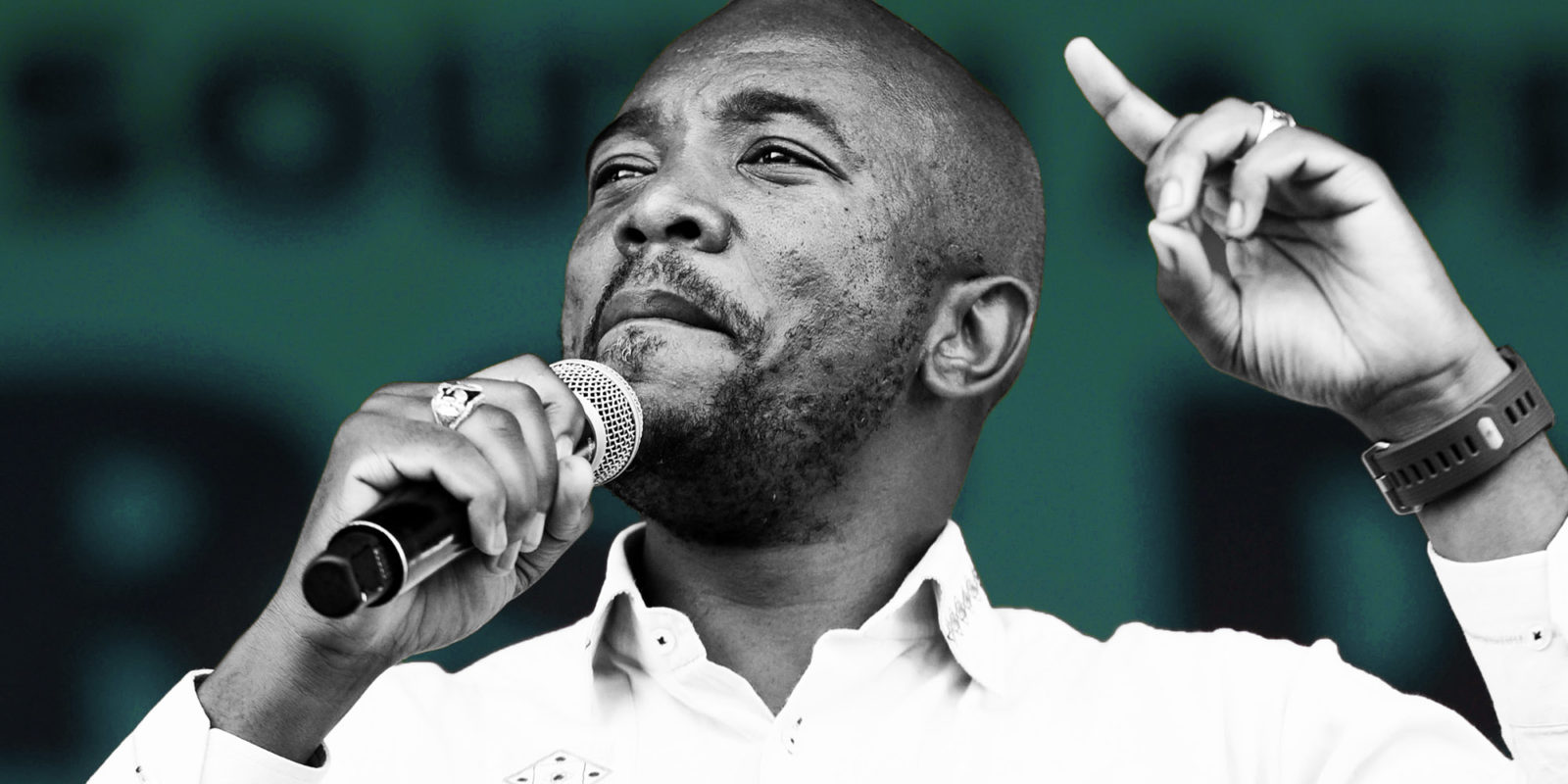 After a marathon wait, Mmusi Maimane on Wednesday announced he has stepped down as leader of the DA. Maimane’s ally and DA federal chair Athol Trollip also resigned, despite the DA’s federal executive preferring that the pair stay and wait for a party congress.

DA leader Mmusi Maimane and his federal chairperson Athol Trollip resigned on Wednesday 23 October, rejecting requests from the party’s federal executive to complete their terms until the DA holds its early congress and leaving the DA temporarily without a leader.

Maimane and Trollip made the announcements after a marathon meeting at the party’s Nkululeko House in Bruma, Johannesburg.

“There comes a time when leaders must step back from all the noise and conjecture, and make a sober and honest assessment as to what the future holds,” said Maimane.

“And in the end we have come to the conclusion that despite my best efforts, the DA is not the vehicle best suited to take forward the vision of building one South Africa for all.”

Maimane will stay on as the DA’s parliamentary leader until the end of 2019. He said he will remain in politics but did not explain in what role.

He assured voters he would see them in their communities.

“We are not stepping away from politics,” Maimane told a packed press conference, which was delayed multiple times on Wednesday.

Maimane heavily emphasised his attempts as leader to grow and transform the party, particularly in black communities, and move its base from Cape Town to Johannesburg so it could be representative of all South Africans and ultimately unseat the ANC from national government.

“However, over the past months, it has become quite clear to me that there exists a grouping within the DA who do not see eye to eye with me, and do not share this vision for the party and the direction it was taking,” said Maimane.

Trollip, a party veteran, continued to champion the DA as the only viable alternative to the ANC but said he was stepping down because he needed to take responsibility for the party’s poor showing in the 2019 general elections.

He referred to his recent comments suggesting former party leader Helen Zille’s time had come and said, “I realised this weekend it was probably my time to go.”

Trollip did not outline what his future might hold but said it would be difficult to rebuild his life after so many years in politics.

The party is temporarily without a leader. Zille, who was elected federal council chairperson over the weekend, said the federal chairperson would normally act on behalf of the leader but after both of them resigned, the federal executive would seek legal advice on how to proceed and would meet on Wednesday.

“What happened today came as a shock to members of the federal executive,” said Zille.

She said the federal executive would have “far preferred” Maimane and Trollip to remain in their positions until delegates elect leaders at the DA’s upcoming 2020 early congress. She paid homage to the work both leaders have done in the DA.

Maimane’s leadership took a blow last weekend when Zille beat Trollip in the race for the federal council chairperson position. The division, between those supporting Zille and Maimane, has been framed around the party’s policies on race and transformation.

Zille’s election led to Herman Mashaba resigning from the DA and as Johannesburg mayor on Monday. Mashaba slammed the DA during his resignation address, claiming it had undermined his coalition administration and was refusing to acknowledge the role of race in policies on poverty and inequality.

Maimane spoke highly of Mashaba after the mayor’s address and even called him “a hero”.

Maimane has attempted to make the DA more attractive to black voters by linking historical redress to race, promoting diversity, and taking stances on reported incidents of racism, which has sidelined both some conservative members of the party and the DA’s support base.

He faced questions recently over allegedly living in a Cape Town house owned by a businessman and having used a car donated by Steinhoff. He said there was a “smear campaign” against him and the DA had cleared him of the allegations.

A review commissioned by Maimane in the wake of the DA’s May 2019 election losses recommended he step down as party leader.

The DA declined from its 22.23% of the national vote in 2014 to 20.77% in 2019. The party lost conservative white votes to the Freedom Front Plus while failing to grow in the black electorate. The pattern has continued in by-elections.

It found Maimane’s leadership led to a lack of clarity about the party’s vision, erosion of unity of purpose, deep divisions, a breakdown of trust and erosion of discipline.

Maimane was elected party leader in 2015. Before that, he served as DA national spokesperson and the party’s candidate for Gauteng premier in the 2014 elections. He led the DA caucus in Johannesburg and served as the party’s mayoral candidate for the city in 2011. DM