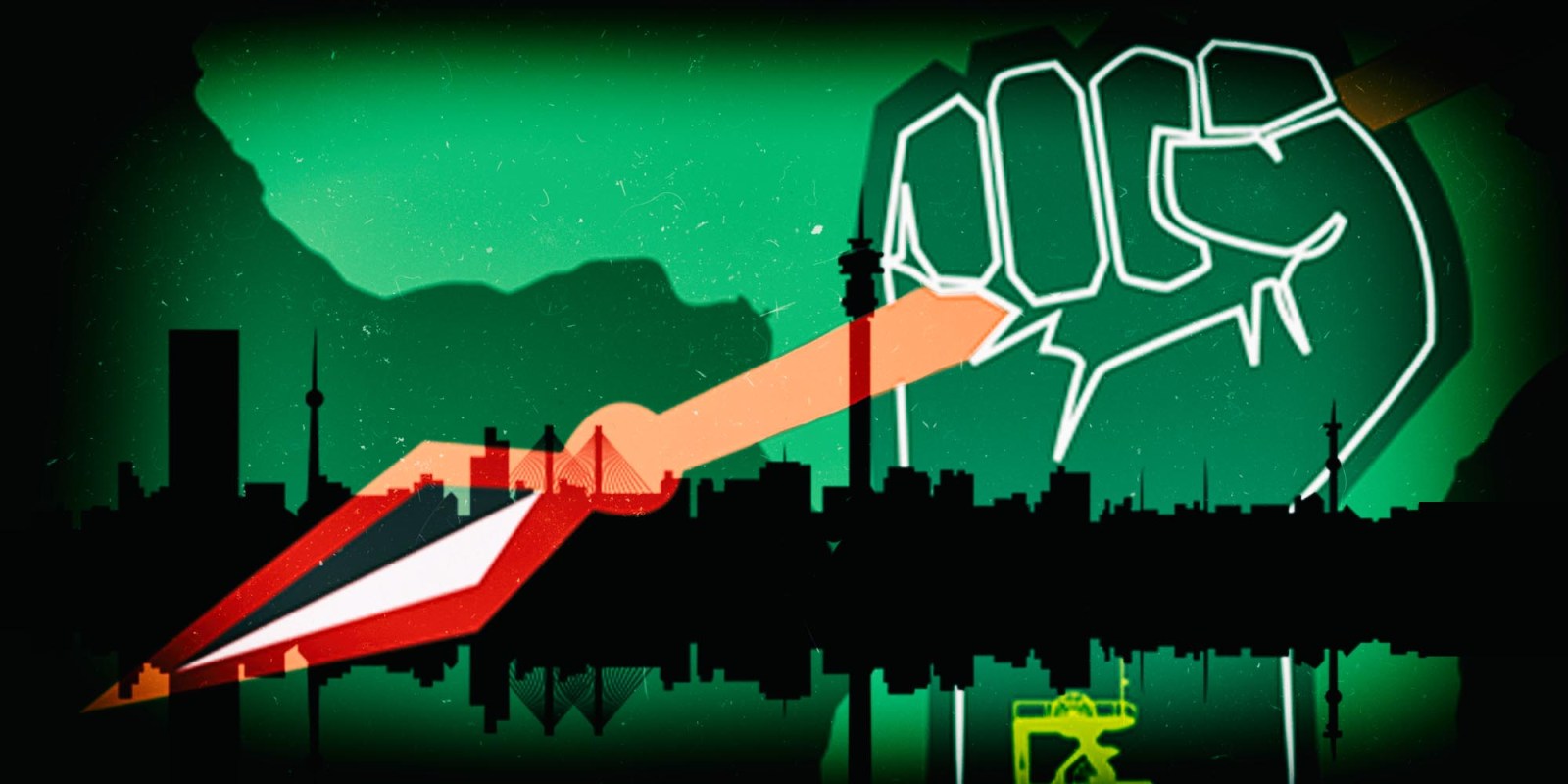 What will happen after Herman Mashaba steps down as mayor of Johannesburg? The EFF, and to a lesser extent the IFP, hold the balance of power in the metro council — will they vote with the DA, or with the ANC?

On Thursday 28 November, the mayor of Johannesburg, Herman Mashaba, is due to step down. Then there will be an election for a new mayor – but it’s difficult to predict how that vote will go. There will be horse-trading that sees power being distributed by politicians and not by voters.

The balance of power is in the hands of the smaller parties, particularly the Economic Freedom Fighters (EFF) and the Inkatha Freedom Party (IFP). But they will find it difficult to make hard and fast decisions about the direction in which Johannesburg should go.

There can be no doubt about the size of the prize at stake. The ANC was badly damaged when it lost Johannesburg in 2016, and the defeat signified all that was wrong with the leadership of then president Jacob Zuma. At the time, EFF leader Julius Malema kept everyone guessing. It was just before the vote that he said he would give his party’s support to the Democratic Alliance (DA) in both Johannesburg and Tshwane.

He made good on his promise, but only supports their administrations on a case-by-case basis. Then, as now, it appears that he has not been communicating with the DA, while making threats against them in public.

In the meantime, the IFP, with the support of other parties, may be able to help the ANC get over the line in Johannesburg. It has been reported that the IFP has been discussing the control of several municipalities in KwaZulu-Natal (KZN). So, there may be a deal between the ANC and the IFP that would see the ANC winning back Johannesburg, while the IFP would gain power in other municipalities.

But the DA says its national coalition agreement with the IFP is still in place and it would be able to punish the IFP in municipalities in KZN if it reneged on that agreement.

This all makes the outcome of the Johannesburg mayoral election very difficult to predict.

Perhaps the person with the most power here is Malema. He could decide the balance of power decisively by backing the DA. But his dilemma has not necessarily changed since 2016. Then, when he was “kingmaker”, he could only decide between two options: his ideological opponents, the DA; or the party that expelled him, the ANC. Surely, neither is his first choice.

His other option is to simply sit back and tell his councillors to abstain. This would allow the other parties to fight it out without him. The ANC has more seats than the DA in Johannesburg, which gives it an advantage. But if no mayor is elected, the result could be long-running political instability that could result in chaos.

It’s a complex problem for Malema. To choose the ANC, the party now led by the person who was chair of the Disciplinary Appeals Panel that voted to expel him, would be very difficult. He has a party conference on the horizon. It is important for him to show that he is not in political debt to anyone.

One of his perennial political problems has been the constant suspicion that he is planning to return to the ANC, that he would rather be back in his mother movement than out on his own. Any move to back the ANC would intensify that speculation.

Perhaps more importantly, he has to confirm his anti-establishment credentials and demonstrate that he is opposed to the current situation. Voting for the ANC would weaken that stance.

For the ANC, too, there are issues here. It would be unwise for them to allow Malema to have any power over it. It would surely be dangerous for the party to give Malema space to threaten that he could remove Johannesburg from ANC’s grasp in the context of other policy battles, over say, the expropriation of land.

However, Malema also has problems with supporting the DA. The DA claims to be the most multiracial political party (by membership) in SA’s history. A vote for the DA would weaken Malema’s current strategy of opposing diversity and trying to be the party that fights “whiteness”.

The worst-case scenario might well be one similar to what is playing out in Nelson Mandela Bay (NMB). There, the UDM’s Mongameli Bobani is still mayor, even though both the DA and the ANC want him out but cannot agree how to do it. Smaller parties like the Patriotic Alliance have changed sides several times. Keeping the entire situation going is the lubrication of patronage. As a result, service delivery declines and money gets lost to corruption.

Many voters will feel it’s undemocratic that political control in the council they live in can change overnight without them being consulted. Worse, it might well become almost laughably clear that patronage and corruption are occurring and that a decline in service delivery is inevitable.

Frustratingly though, there is next to nothing voters can do to stop this. In the case of NMB, organisations such as the Chamber of Business have called for change, but with no result.

The only thing that would make a difference is if the electorate clearly preferred a single party, giving it a proper majority. However, the evidence of the last few elections weighs against this happening. Instead, it appears that the constituencies the parties are supposed to represent are moving further apart. The fact that the Freedom Front Plus won votes at the expense of the DA in the national elections in May, as well as the small gains made by the EFF demonstrates this.

The only real break on the behaviour of parties in this situation is how they believe voters will react to them in the next elections. If Malema believes he would be punished for “giving” Johannesburg back to the ANC, then he might go with the DA; if he believes voters would punish him for going in the direction of the DA, then he might go the other way.

But the next local elections are still 18 months away, and the next national and provincial elections four years and six months on the horizon.

So, the short-term interests of the parties are likely to trump their longer-term interests (as has happened with the UDM: it lost support in the national elections, possibly because of Bantu Holomisa’s tolerance of Bobani’s behaviour).

This outlook can cause more problems, in that short-term jockeying for power will become the norm. Ideology will go out of the window and everything will revolve around the possibility of gaining immediate power, with all the immediate benefits that come with it.

This is the situation that Johannesburg faces. And yet, perhaps the status quo will be maintained. Malema may decide that he does not need more problems on his plate, that because of his current situation (the forthcoming EFF conference, the ongoing VBS Bank revelations, the possibility of criminal charges at some point) it would be better for him and for the EFF to simply back the DA right now. That would at least create a situation he understands, a devil he knows.

For this reason, the more likely than not outcome is that the DA clings on to Johannesburg – for the moment. But don’t bet your lunch on it – it is Julius Malema we’re talking about here. DM