Navel-gazing and point-scoring while the abyss looms larger 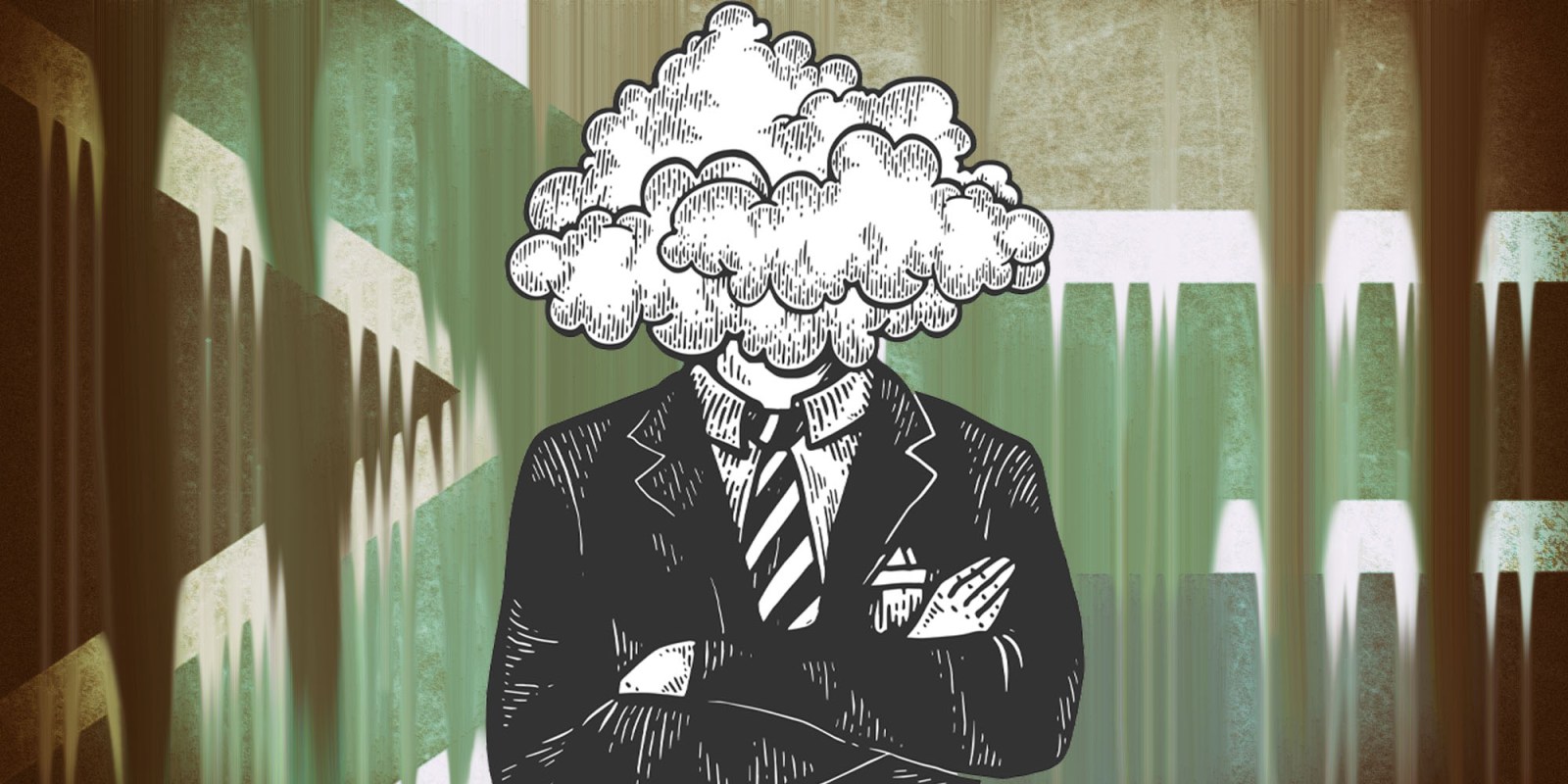 The damage is done, not just to CR17 or President Cyril Ramaphosa and his ‘thuma mina’ project – but to South Africa as a whole, says the writer. (Illustration: AdobeStock)

South Africa is on the edge. The country’s politicians, of whatever ideological persuasion, don’t give a damn. But that needs to change if the first step back from the brink is to be made.

The CR17 donation saga is festering. It’ll be prodded at appropriate moments, and squeezed for a little more juice at other times in the factional battles of the governing ANC and the contestation over reversing State Capture. Throw in a dollop of opportunistic opposition party gimmickry, or agitation by a public persona, and it’s a gift that keeps on giving.

The damage is done – and that’s regardless of a court review that may ultimately set aside the report by Public Protector Busisiwe Mkhwebane – amid selected leaks, and a bot-and-troll-driven social media campaign showing the Bell Pottingeresque strategy and tactics have found fertile ground.

But the damage is done, not just to CR17 or President Cyril Ramaphosa and his “Thuma mina” project – but to South Africa as a whole.

The ANC knows this. The governing party acknowledged as much at its briefing on its National Executive Committee (NEC) meeting at the end of July.

“The divisions in the ANC impact on every sector of society and we are very conscious of that,” according to ANC Deputy Secretary-General Jessie Duarte, who added that in the discussion of the economy as the “main and real issue” the ANC decided to commit “to work with all sectors of society to bring on board everyone in an attempt to bring our economy back on track”.

But there doesn’t seem to be the will, wherewithal or wish to do the hard work of getting the basics right. And so the deflection continues, in party and state.

It’s easy pickings for the opposition. The DA and EFF have, and will continue to argue, it’s not their job as opposition to prop up Ramaphosa or the ANC.

The public protector is turning out to be the door kicker for the EFF. The party has complained about the president and the R500,000 Bosasa CR17 donation and about Public Enterprises Minister Pravin Gordhan over actions related to his stint as tax collecting boss, playing into its “Honourable Jamnadas” campaign that unfolded in Parliament. In return, the EFF has stood by Mkhwebane’s side in the cross-referencing series of court cases over her reports that are being taken on review by Ramaphosa and Gordhan.

This has led to the EFF being described as the ground forces of the anti-Ramaphosa faction linked to ANC Secretary-General Ace Magashule.

The DA is differently conflicted. It brought the first Bosasa donation complaint to the public protector in late 2018 – DA leader Mmusi Maimane waving papers about in the House during the presidential question time got the ball rolling – as well as several other complaints. But the opposition party is also asking for a parliamentary inquiry to remove Mkhwebane for being unfit for office.

Tepid at best is the DA solution to draw an artificial line that it respects the Office of the Public Protector, if not the person. While there may well be an office with officials who do all the investigating, it remains Mkhwebane who ultimately directs her office, and signs off on reports before publication. The DA has sharply criticised Mkhwebane for other reports while embracing the one on the Bosasa and other CR17 donations.

The festering around CR17 and Ramaphosa is an opposition party’s dream with no easy way out for the target. Unsurprisingly, both Maimane and EFF leader Julius Malema are using the presidential Q&A in the House to ask Ramaphosa about the donations saga: Maimane on whether he’ll establish a commission of inquiry into Bosasa donations, and Malema on the details of which donor the president met at what fund-raising dinner.

It’ll be tantalising, no doubt; broadcast live, no doubt, and on various channels. But this Thursday afternoon entertainment – a little like the gore-fests the Roman empire put on as a popular distraction while headed for destruction – is unlikely to do much else.

While opposition parties do what they think they must for their own agendas, the governing ANC is stuck on navel-gazing. Its much-touted unity and renewal rhetoric – needed to polish up the tarnished reality of its inability to make examples of the compromised and corrupt, as this would scupper the tight balance of factional forces – has brought about paralysis.

There has been some movement in the areas where Ramaphosa can move on his own as SA president without having to clinch concurrence from the ANC or the tripartite alliance. That includes appointing new heads to the prosecuting and tax collection services and establishing commissions of inquiry and expert panels from intelligence to energy. to land reform to provide outside expert recommendations.

But the politicking continues over avoiding job cuts in the bloated white-collar unionised management ranks at Eskom, as the revolving door spins with the departure of senior executives from CEO down. The politicking has arrested even what government at the start of 2019 had announced.

Nothing but deflection is the discussion around the mandate of the South African Reserve Bank (SARB), couched in terms of asserting sovereignty and returning the bank to the people. It’s one of the two blows struck by the radical economic transformation (RET) faction at the 2017 ANC Nasrec national conference, alongside having expropriation without compensation as a tool of land reform.

The blunt reality is the Reserve Bank has some 750 private shareholders, whose annual dividend income is capped at a total of R200,000 a year – between them. The shareholders have no say in policy-making and the bank’s day-to-day running, appointments of governors and others, nor over foreign reserves. It’s an ego thing to hold a share in the SARB, but its nationalisation is a vanity project of millions of rand, as shareholders must be bought out.

Focusing on SARB nationalisation is the avoidance mechanism not to deal with the real economy that’s in the gutter with no sign of picking up. Without even the hint of a silver lining.

Economic growth remains sluggish at best. Persistent unemployment in July rose to 29% on the narrow definition, and 38.5% on the broader official definition that includes those who have given up trying to look for work. According to Statistics South Africa, unemployment affects young people aged 15 to 24 the worst, with 56.4% unemployed.

The South African Revenue Service (SARS) has indicated tax collection was down, given retrenchments and a dampened business and consumer confidence. This as tens of billions of rand for Eskom’s bailouts in 2019 have wiped out any savings government may have made.

With the National Health Insurance (NHI) Bill stipulating the compulsory use of a state universal health care system, it emerged the Gauteng health department had to ask for private sector help as failing and unserviced machines meant cancer patients had a three year wait for life-saving treatment.

About 4,000 pit latrines are the sole ablution facilities at schools in violation of the Basic Education Department’s own minimum infrastructure standards, in place since late 2016. A public-private partnership, Sanitation Appropriate for Education (Safe), was launched at a posh Pretoria hotel in August 2018 to eradicate the deadly and undignified sanitation.

Amid all the official talk of the “authority of the state”, usually by state officials and politicians, it is the state that seems to undermine itself. The SAPS keeps on getting caught with fingers in the till. Most recently, 10 police officers were arrested for tipping off traders of illicit goods about police raids and trying to sell confiscated goods back to the raided hawkers. The guardians of the law keep on breaking the law, with hardly any consequences.

Never mind Eskom and its R450-billion debt, of which government has guaranteed R350-billion.

And so the ANC plays kick for touch as it focuses on its own never-ending palace politics.

The DA is chasing quick and easy photo opportunities to obscure its own internal shenanigans and that where it governs it doesn’t necessarily govern best. It was quick to blame the national ANC government for its own governance failures, from the Western Cape water crisis to soldiers on the gang-ridden Cape Flats.

The EFF relishes populism and war talk, making anyone who’s not 100% on its line an enemy – most recently the judiciary when the EFF found itself on the losing side in its support of Mkhwebane.

It’s all about the contest and one-upmanship between and within the political elites. South Africa? At best, second best. DM