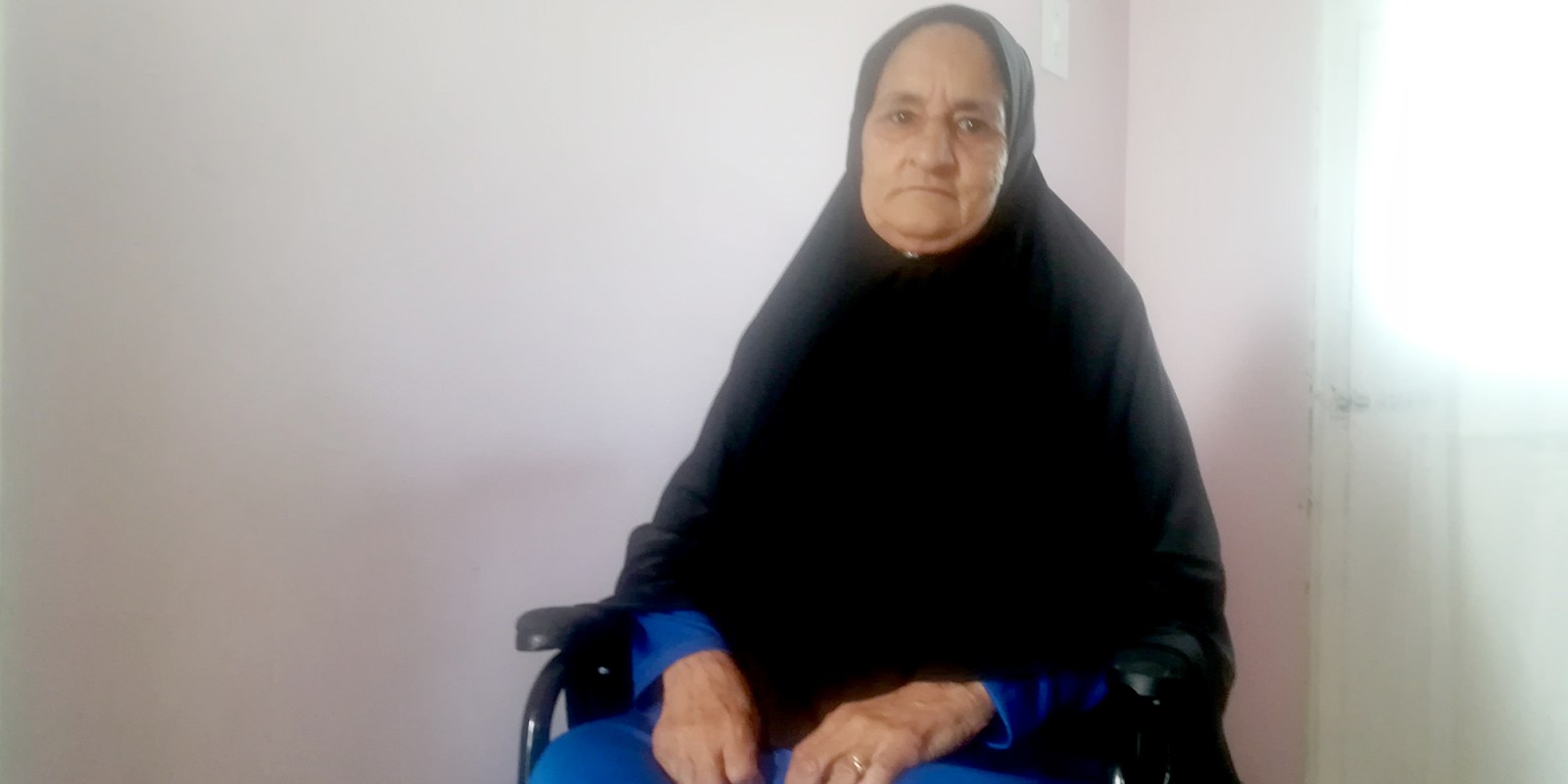 Ghwa Wilkinson cast her special vote on Monday 6 May 2019, ahead of South Africa's sixth democratic elections on 8 May. She yearns to move back to her former home of District Six. (Photo: Sune Payne)

From Ghwa Wilkinson’s front window, Cape Town’s majestic Table Mountain rises before you. In the distance to the right of her house in the Cape Town CBD, the colourful houses of Bo-Kaap dot the landscape. But its the view at the back of her house that pulls at her heartstrings – from there she can see the remnants of her former home, District Six. Ahead of Wednesday’s elections, Daily Maverick spoke to Wilkinson, one of the thousands of District Six claimants who are still waiting to return to their childhood homes after they were removed from the Cape Town CBD as a result of the Group Areas Act.

“I don’t know even for who I want to vote for,” 63-year-old Ghwa Wilkinson told Daily Maverick from her home, right next to Philip Kgosana Drive in Cape Town, one of the busiest roads in the CBD, a first-floor flat with a flight of purple-painted stairs only a metre wide.

Wilkinson, Yusuf, her husband of 43 years and two of their daughters, Dilshaad and Wardah, share the two bedroom flat. Ghwa and one of her daughter’s use a wheelchair, so access is limited. When they need to go anywhere her 63-year-old husband needs to carry Ghwa, or her daughter Dilshaad, one at a time, down the stairs and into a car.

On Monday, Wilkinson and her family cast a special vote for the 2019 Election. IEC officials came to her home where Wilkinson, her husband and her wheelchair-bound daughter cast their votes in the country’s sixth democratic elections.

Special votes allow for the elderly, disabled, hospitalised and in prison as well as though who made a special request to cast their vote ahead of the opening of the general ballot.

Wilkinson was unsure who she would be voting for, unlike when she cast her vote for the first time in 1994.

“It’s not the same time like that from Mandela, so you don’t know who to vote for,” said Wilkinson.

The 63-year-old former resident of Cape Town’s District Six, yearns to go back to the area she grew up in before she dies. She has witnessed too many of her friends and relatives die before they returned to their homes. This includes three of her sisters.

Wilkinson grew up in Air Street, District Six and was 13 when her family was moved to Manenberg from District Six when the apartheid government’s Group Areas Act declared it a whites-only area and forced black and coloured people to different parts of what is, today, the Cape Flats.

Wilkinson first applied for restitution when the call for claimants to come forward was made in 1996, “but they lost our papers” and she had to apply a sec0nd time in 1999.

Twenty-three years have passed since she made her first claim but she is no closer to returning to the place of her birth and childhood. This is despite working with the District Six Working Committee to take the department of Rural Development and Land Reform to court to compel the department and the presidency to restitute claimants back into the area.

What does Wilkinson want?

“For a downstairs place and to go back to District Six”

But Wilkinson has been let down too many times before to believe that this election will bring her any closer to going home. DM