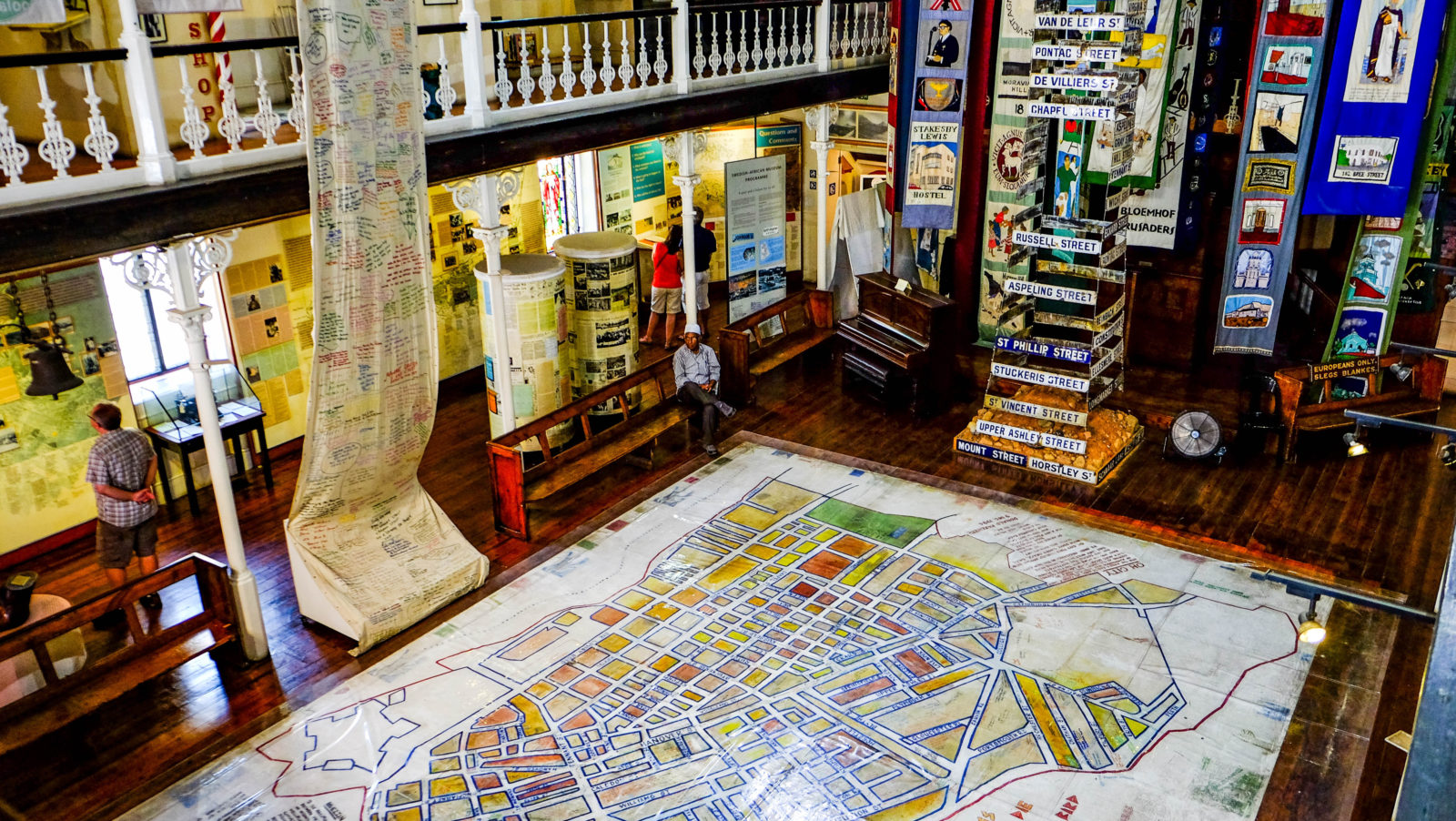 A court application has been launched against the Department of Rural Development and Land Reform on behalf of former residents of District Six who still have outstanding land claims dating back to 1998.

A civic organisation and a law firm have launched a court interdict against the Department of Rural Development and Land Reform, calling for the department to admit it has failed former residents of District Six in Cape Town.

Both the law firm – Norton Rose Fulbright – and the District Six Working Committee believe the department has failed in its constitutional mandate of restitution for those forcibly removed from the area under the apartheid Group Areas Act.

The committee was established in 2013, with Ajam as its head.

“For 20 years, the state and other stakeholders have sold a concept to the people of District Six which is rather demeaning and dehumanising,” said Ajam, who spoke to Daily Maverick on the sidelines of a press briefing on Tuesday morning.

“There was really no social and economic plan for District Six,” said Ajam.

The committee is acting on behalf of claimants who are frustrated at the slow pace of restitution in the area.

The committee wants a declaratory order against respondents, including the Department of Rural Development, the Commission on Restitution of Land Rights and the government of South Africa that they have failed the residents of District Six when it comes to their constitutional right to land restitution under Section 25 of the Constitution.

The court application was brought on behalf of former residents who claimed restitution between 1995 & 1998. Twenty years later, claimants have not been granted restitution.

But, for lawyer Nicki van ‘t Riet, a director at Norton Rose Fulbright, the slow pace of restitution could be a result of political will or budget issues.

During the press briefing, van ‘t Riet said 2,670 claims were lodged with the Land Claims Commission about District Six by 1998. Of those cases, 1,380 claimants agreed to financial compensation as a resolution. However, 1,216 claimants wanted land.

“By 2000, government undertook to provide these people with homes in District Six,” said van ‘t Riet.

To date, only 139 units have been completed. A further 108 residential units are still under construction.

At the briefing, van ‘t Riet said there were no plans from the department nor the land claims commission for the outstanding 969 claimants – which make up to 80% of claimants from 1998.

The second part of the court application seeks a structural interdict which, if granted by the Land Claims Court, will the see the rural development and land reform department having to submit every three months implementation and progress plans for the building of new residential units in the District Six area for the 1998 claimants.

Should the court grant this application, Norton Rose Fulbright and the committee will monitor the implementation thereof, said both van ‘t Riet and Ajam.

During the press briefing, van ‘t Riet said the law firm has engaged with government but labelled it as “unfruitful” since the law firm started helping the committee one year ago.

“At least 13 elderly claimants have died without seeing restitution to which they were entitled and promised,” said van ‘t Riet, as the law firm wanted to help other claimants, because “we cannot leave the matter to resolve itself on its own, because if we do, it is unlikely the remaining claimants will not receive restitution in their lifetimes”.

Residents who lived in District Six were forcibly removed after the apartheid government declared it a “whites only” area under the Group Areas Act. Residents were moved to areas on the Cape Flats such as Hanover Park, Mitchells Plain and Manenberg.

The court application is due to be heard on 28 May at the Land Claims Court in Johannesburg. DM