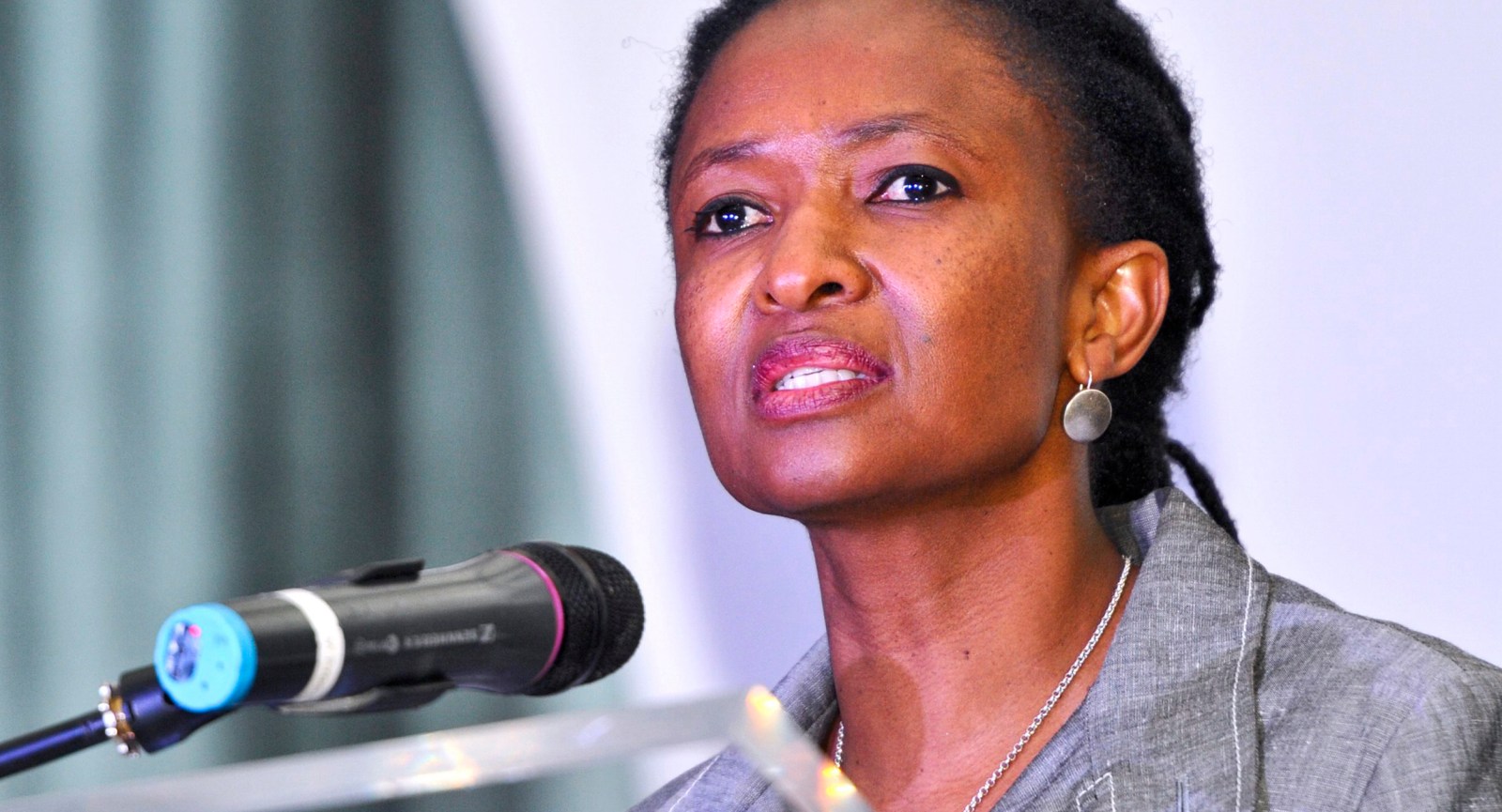 Denel has posted a R1.75-billion net loss for the 2017/18 financial year, incurred some R500-million irregular expenditure and, at a 10% brokerage fee, is paying four times the European rate for technical assistants – effectively arms dealers.

On Wednesday Denel told MPs a number of internal investigations are dealing with irregular expenditure, invalid contracts and how, as recently as last week, a Saudi delegation had to be told that contrary to rumours, Denel was not for sale. The weapons manufacturer might soon be looking for a R2-billion bailout. But actually, the numbers may just turn out to be the easy part.

Denel board chairperson Monhla Hlahla spoke brutally frankly before Parliament’s public enterprises committee on Wednesday. The culture at State-owned Entity (SoEs) was one where people seemed to think the state, and thus the taxpayer, owed them a salary for doing nothing, or very little – even as the money crunch is on. And paying salaries against the odds in a financial crunch was also what politicians wanted.

“What do employees do? Mostly nothing … No one produces, but you (politicians) want us to pay them salaries that goes up with the rate of inflation,” Hlahla told MPs, adding later: “No one produces and you are asking the taxpayer to pay.”

And those wanting to stay in their jobs without producing, “they have found a way to go to government to say they’re not wanting to pay us”. And no one resigned without a package.

These comments were not limited to Denel. And they highlight how, even as a clean-up of State Capture is under way at SoEs from Eskom, Transnet to Denel and others, partisan and political interests remain entrenched. And these interests play up ahead of the 2019 elections, even if the Public Finance Management Act (PFMA) is meant to ensure effective and efficient spending of tax rands within a framework of good governance and fiduciary responsibility.

That became clear in the recent saga at the SABC that has seen two board directors, Khanyisile Kweyama and John Mattison, resign after a bruising meeting between the board and Communications Minister Stella Ndabeni-Abrahams who, Daily Maverick is reliably informed, last week told the board to stop any retrenchments. In the absence of the R3-billion bailout the then interim SABC board already requested in 2017, the current board had announced hundreds of staff and freelance retrenchments by March 2019 to save the public broadcaster in line with PFMA requirements.

But the national purse is stretched tight, and SoEs are central to haemorrhaging billions of rand. SAA just got a R5-billion bailout, and needs at least another R9.2-billion by March and more for working capital. Eskom has been central to State Capture and its governance and financial regimen was sharply criticised last week in the public enterprise inquiry into its affairs adopted in Parliament.

Yet Eskom wants government to take R100-billion off its balance sheet as part of its turnaround, according to Business Day. The power utility, which reported irregular expenditure of R27-billion in the past financial year, already has R350-billion worth of government guarantees and was as recently as in February’s Budget described as the “biggest risk” to South Africa’s economy.

Still, months ahead of an election, talking retrenchments is a political no-no, given entrenched political and partisan interests – regardless of the lessons on the impact of State Capture, or the capture of public institutions for private benefits. And so the challenges remain.

For Denel that meant putting clawing back good governance and finances, one investigation, one contract, at a time.

Close monitoring of cash flows has meant the bank balance has increased to R200-million and now covers salaries, unlike in September when managers were short-paid. And the “extra-ordinary salary increases” accorded between November 2015 and 31 March 2018 have been audited, with the board set to consider their regularity at its next meeting.

The R1,156-million bursary agreement with Oarabile Mahumapelo, son of former North West premier Supra Mahumapelo, has been cancelled as it did not conform to Denel’s bursary policy, and the SoE was reserving its rights to recover the money. Seven months earlier Denel had defended this bursary to the family of former president Jacob Zuma’s strongest allies, after Rapport and City Press reported CEO Zwelakhe Ntshepe had personally signed off on it. Ntshepe resigned in May, while Denel CFO Odwa Mhlwana was fired over irregular expenditure in early November 2018.

That irregular expenditure is currently set at R500-million – it may still rise, as checks are still under way amid a disclaimed, the worst possible, audit opinion – and at least R108-million of that is linked to the Denel joint venture, Denel Asia, with the Gupta-linked VR Laser. Denel had defended that deal as far back as May 2016 when Denel board chairperson Denel board chairman Daniel Mantsha – he’s now also gone, having resigned in March 2018 – told MPs all was above board.

On Wednesday MPs were told Denel is in the process of terminating all VR Laser contracts and starting to wind down Denel Asia. There had been no need for such a venture, said Denel internal audit committee chairperson Talib Sadik.

Denel has called in the Special Investigating Unit (SIU) to assist in speedy commercial crime prosecutions, said Sadik, adding the SoE was also looking at steps to declare directors delinquent as the Companies Act allows. Just because an executive or board director had left Denel did not mean they would escape consequences of wrongdoing.

Hlahla told MPs all whistle-blowing disclosures had come from the unions at Denel – those include the National Union of Metalworkers of South Africa (Numsa) and Solidarity – which have been proactive, providing practical suggestions and helping sort out the rot.

As the clean-up for accountability, transparency and governance emerged in one corner of Parliament, it wasn’t quite the case elsewhere when ANC factional interests and party-politicking rose to the top.

The justice committee decided on the back of ANC numbers not to institute an inquiry into Public Protector Busisiwe Mkhwebane’s fitness to hold office. That vote came after about 90 minutes’ discussion, after the better part of a year passed since DA Chief Whip John Steenhuisen approached National Assembly Speaker Baleka Mbete over an inquiry in the wake of bruising remarks about Mkhwebane’s conduct by a full Bench that in February 2018 set aside her report finding that ABSA had to repay R1.125-billion for the apartheid-era Bankorp.

The judges expressed their dismay at the public protector through a personal cost order against her, now subject to a Constitutional Court case that was heard in late November.

Steenhuisen’s initial request for an inquiry had been directed to the committee in September 2017, after the Gauteng North High Court’s initial judgment setting aside the public protector’s remedial action after an interdict application by the South African Reserve Bank (SARB) whose mandate Mkhwebane ordered Parliament must change.

As Parliament recommends the candidate for public protector to the president for appointment, Parliament may also remove the incumbent on grounds, including incompetence, incapacity or misconduct in terms of Section 194 of the Constitution.

On Wednesday, it was clear the ANC study group on the justice committee had decided to rally around Mkhwebane. It was premature to hold such an inquiry, argued the governing party, and would amount to a parallel process to the court cases under way, including the DA’s review of the Vrede Dairy farm report.

And just because a court had reviewed a decision did not impute incompetence. Or as ANC MP Gijimani Skosana put it:

“How many times do magistrates take decisions and the high court sets those decisions aside? Does that mean the magistrate is incompetent? We’re not convinced.”

There was some discussion over the possibility of calling Mkhwebane to talk to her 25-page letter sent in response to Steenhuisen’s briefing of the committee that had been submitted in July, but only discussed on Wednesday. In it she dismissed claims of incompetence, arguing that of the 50 reports issued, “only 12 (6% of the reports issued) have been taken on judicial review and none (0%) of my report [sic] have been reviewed and set aside by the court of law. Only some remedial actions (in the Bankorp-Absa report) were reviewed and set aside…”

The toing and froing and passionate arguments by National Freedom Party MP Sibusio Mncwabe – “We cannot be dragged into the personal battles of the DA and the public protector,” he said – saw the EFF change its position form the initial support for an inquiry into Mkhwebane’s fitness to hold office. Informing that he had been unable to reach EFF Chief Whip Floyd Shivambu to discuss the party mandate, EFF MP Thilivhali Elphus Mulaudzi told the committee he’d abstain. The DA, represented by its MP James Selfe, rejected this.

And so on the back of ANC numbers Mkhwebane lives to fight another day. DM