It takes active citizenry to get good schools 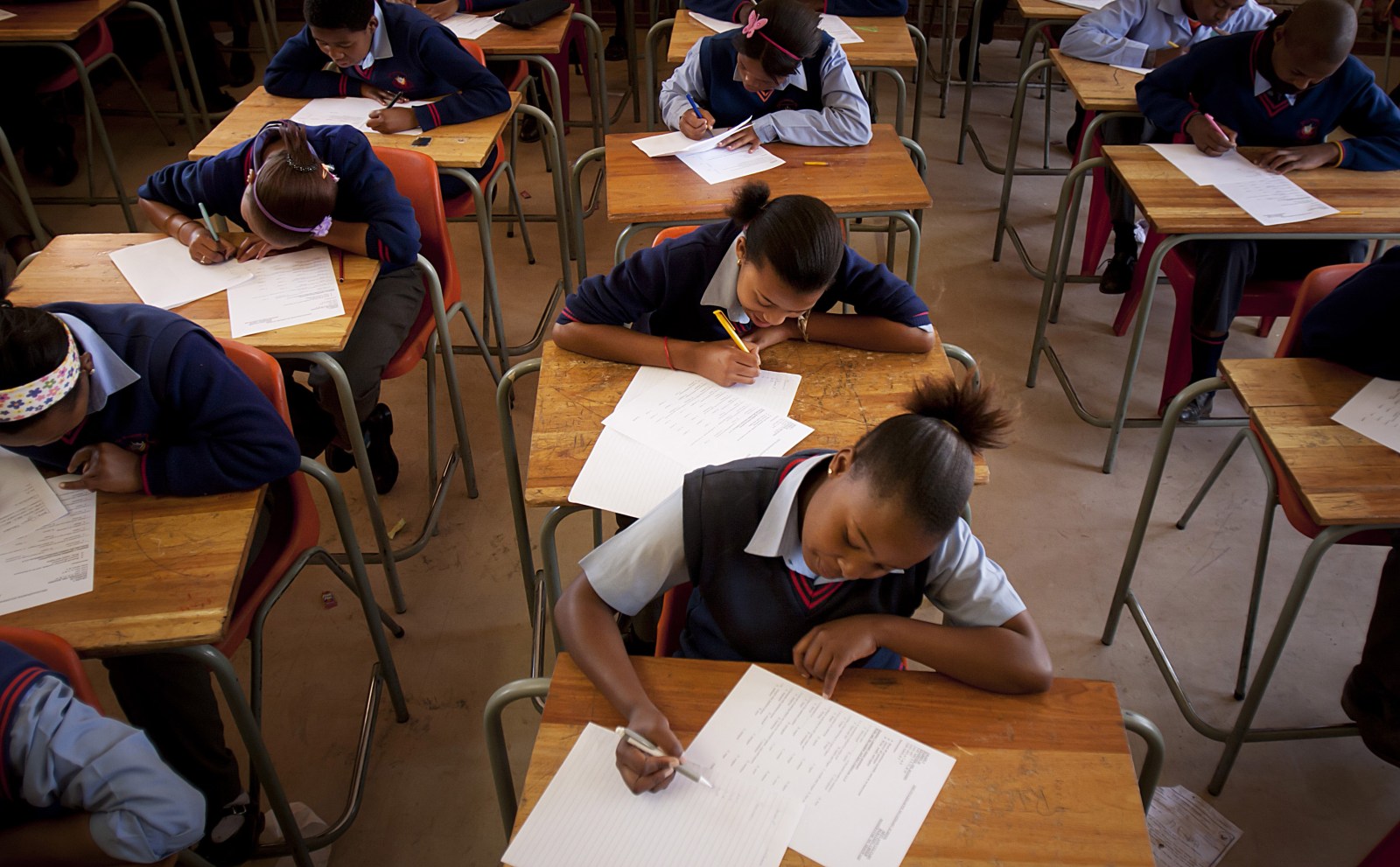 For the first time in five years, Limpopo recorded no schools with a 0% pass rate, according to Limpopo’s MEC of education Polly Boshielo. (Photo: Gallo Images / The Times / Daniel Born)

Achieving universal primary education by 2015 was one of the Millennium Development Goals adopted in 2000 by all 191 United Nations states. Remarkably, the goal of “education for all” largely has been met – but levels of literacy and numeracy remain low. Now the frontier challenge is to improve the learning outcomes of children in school – in South Africa and in many, many other countries around the world.

Read parts 1 and 2 here and here

A newly released five-year study by a multi-disciplinary team of researchers based at the University of Cape Town explores from a governance perspective why it has been so difficult to translate schooling into learning. Part one and part two of this series highlighted some of the project’s key findings. This final piece provides a broader perspective on their implications for action.

At a proximate level, what needs to happen is straightforward: in schools which work well, teachers teach in ways that enable learners to learn. So if learning isn’t happening, an obvious proximate cause of the problem is that the teachers in the classroom lack the requisite skills or motivation. A seemingly natural response has been to target improvements in teacher training as a way of improving learning outcomes.

There is, to be sure, value in ongoing efforts to improve teacher skills. However, as was argued in a classic exploration of how to improve services for poor people, “direct attacks on the proximate determinants (more money, better training, more internal information) will fail if their weaknesses are the result of deeper weaknesses in institutional arrangements”. Governance is thus key, but in what ways?

South Africa’s discourse on the governance of public service provision has been pre-occupied with “fixing the bureaucracy”. This embrace of top-down, bureaucratically-driven solution aligns well with many strands of South Africa’s past. Colonial governance; apartheid baasskap; the democratic centralism of the ANC; patriarchy; white privilege; deference to traditional leaders – the social and historical roots of each of these are very different from one another. However, they converge in a common presumption that “government should deliver”, without any agency on the part of a broader range of stakeholders (other than expressions of anger and blame when ‘delivery’ fails to be forthcoming).

There are, of course, some things which are both important and which bureaucracy is especially well-placed to take on. However, as Parts I and II of this series underscored, a pre-occupation with bureaucratic fixes can only go so far – in part because bureaucracy and politics are intertwined so the former cannot be strengthened without a prior transformation of the latter, and in part because there are some key aspects of the challenge of turning schools into places of learning which even effective bureaucracies are not well-placed to undertake.

Once one moves beyond narrow pre-occupations with skills and bureaucracies, a variety of new possibilities for creative and constructive action come into view. What these share is a focus on the evocation of ‘agency’ – of a renewed sense, among multiple stakeholders at multiple levels, that constructive action can make a difference.

At the school-level (highlighted in Part two of this series), “agency” was evident in those principals who, through force of will could, for a time, motivate staff and learners to pursue superior outcomes. It also was evident in those parents, school governing bodies (SGBs) and communities who helped underpin supportive local-level “ecosystems” for learning – and in a few cases actively pushed back against predatory actors. Contrary to the common view that poor communities cannot effectively use the SGB structure, the research found substantial variation among the case study schools (all in low-income communities) – including some where participatory governance was highly effective. Stakeholder dynamics were not fore-ordained by either the broader local context or by the strength of the education bureaucracy – individual agency by stakeholders turns out to be key in shaping whether the outcome is predatory or developmental.

At a system-wide level, the role of agency was evident in the contrast between South Africa’s (in particular the Western Cape’s) approach to education and that of Kenya: Kenya’s system had better results in the SACMEQ standardized tests of learning outcomes, despite having far fewer fiscal resources, and a less well-organized bureaucracy. Why? As I summarised here, by contrast to South Africa, Kenya exhibited a powerful, nation-wide commitment to learning , many decades in the making, and a central part of the country’s struggle for independence – part of the definition of what it meant to be a proud, free citizen. In Kenya, if a school performs well, its principal if celebrated by the local community; if it performs badly, the principal is pressured by the community to move on.

A focus on the evocation of agency aligns well with the framework for addressing education sector reform laid out in the 2018 World Development Report, Learning, to Realize Education’s Promise. As the WDR explores, education sector governance everywhere is embedded within a highly complex system of actors (teachers, parents, politicians, bureaucrats, civil society organizations), each with distinctive incentives. The myriad relationships which link these stakeholders can be coherent (in the sense that each actor aligns their actions with an accurate perception of how others will behave) or incoherent. But coherent towards what purpose?

The desirable answer is “to achieve better learning outcomes”. That, however, is not the only possibility. Education systems can be aligned around patronage – or, in part as a way of managing patronage pressures without falling foul of the law, around a pre-occupation with “process compliance”. The result is that many education systems are, as the WDR puts it, “stuck in low-learning traps in which each acts in ways which maintain the status quo – even if society, and many of these actors, would be better off if they could shift to a higher-quality equilibrium”.

Key to “unsticking” a complex system trapped in a low-level equilibrium is a transformative idea, capable of reframing participants’ visions of how they should engage. Consider the implications for action if a wide variety of education stakeholders embraced the idea that a vibrant, learning-oriented education system depended on their action:

In the mid-1990s, participatory governance appeared to be part of the DNA of South Africa’s liberation struggle: hundreds of community groups had come together under the umbrella of the United Democratic Front; their efforts helped bring down apartheid. Participatory approaches were embraced by the Reconstruction and Development Programme, which served as the ANC’s election manifesto in 1994. But within a few years, this participatory vision receded into the background as activists moved into government, and (see here and here) as the ANC drew on its disciplined hierarchical structures (incubated in struggle and exile) to consolidate power during the political transition.

While eclipsed, this participatory ethos has not been extinguished. “Active citizenship” was highlighted in South Africa’s 2012 National Development Plan as key to fostering “a positive cycle, where an effective state, inspirational leadership across all levels of society, and active citizens reinforce and strengthen each other”.

President Cyril Ramaphosa’s call to South Africans in his February, 2018 State of the Nation address to embrace a Thuma Mina (“send me”) vision of citizenship provided some renewed impetus. Indeed, in this spirit, the most important implication of the UCT research is that technocratic, top-down approaches are insufficient to meet the frontier challenge of improving learning outcomes. What now is called for is a vision of pro-active engagement by all stakeholders – a vision, one might say, not simply of “education for all”, but of “all for education!” DM

Brian Levy is Academic Director of the University of Cape Town’s Nelson Mandela School of Public Governance, and author of Working with the Grain: Integrating Governance and Growth in Development Strategies (Oxford, 2014). He is lead editor/author of the new book, The Politics and Governance of Basic Education: A Tale of Two South African Provinces (Oxford, 2018).