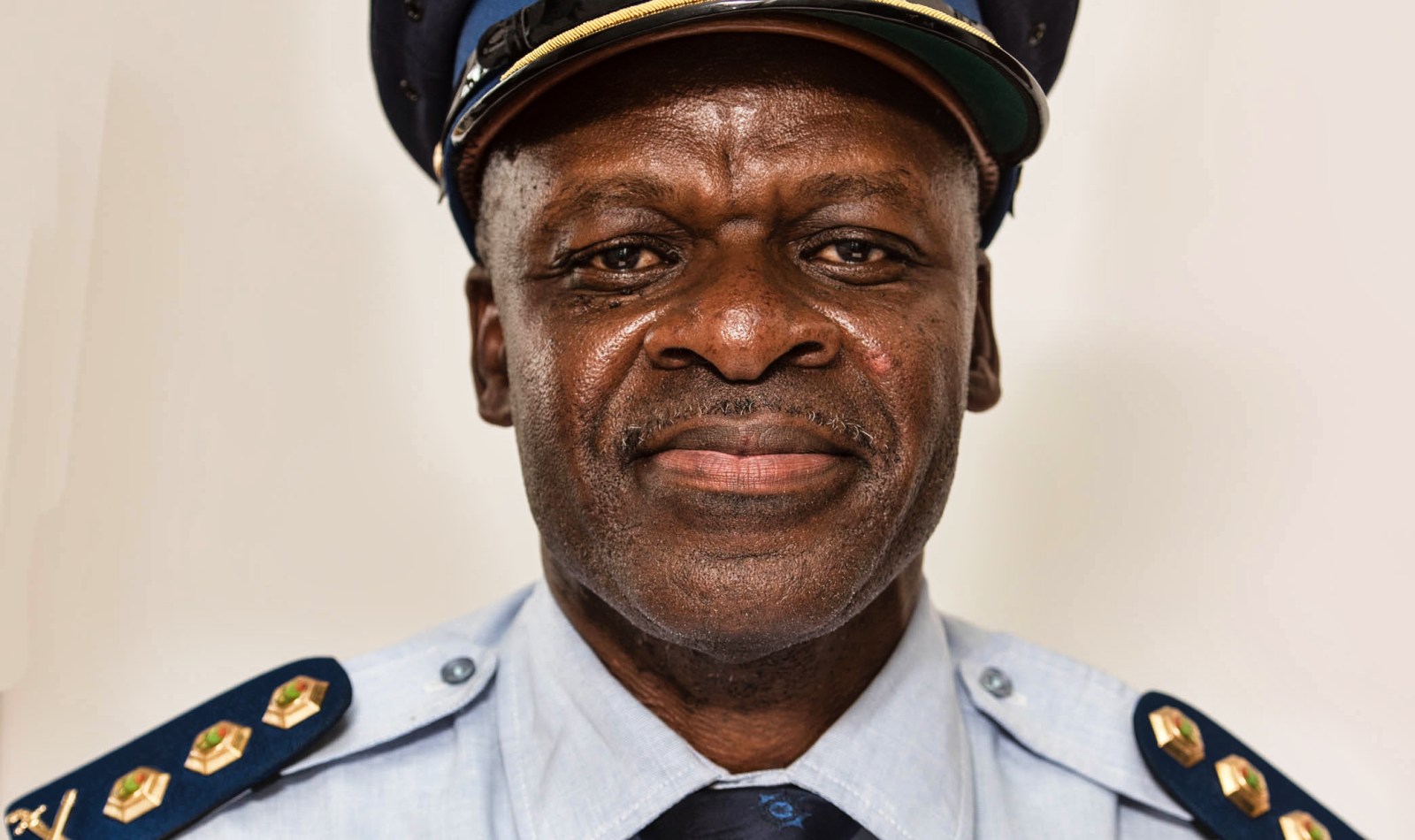 SAPS is implementing a centralised contract management strategy aimed at preventing a repeat of the threat to the country’s national security in April 2018 when FDA director Keith Keating, a major SAPS and SITA supplier, threatened to shut down the country’s criminal justice system. The new strategy is aimed at greater transparency and forms part of SAPS ‘journey to a safer South Africa’. Lifestyle audits of senior SAPS members have already begun and at least two senior SAPS leaders have been suspended.

In 2015, then National Commissioner Riah Phiyega, announced a raft of promotions and appointments, around 14,000, in the SAPS. One of Phiyega’s placements was Lieutenant-General Phalaphala Avhashoni Ramikosi as SAPS Chief Financial Officer.

Another of Phiyega’s promotions that year was of Adeline Shezi, who in 2012 was the acting head of the police laboratory service’s quality management. Suspended former acting National Commissioner, Khomotso Phahlane, was, at the time, head of the SAPS forensics division. In February Shezi was promoted to Lieutenant-General and filled another key position, as the head of the SAPS TMS (Technology Management Services).

Both officers had the power and authority to sign off on massive contracts.

In April 2018, Minister of Finance Nhlanhla Nene tabled a report, State of Procurement Spent in National and Provincial Departments, in Parliament indicating that SAPS is the largest procurer among national departments, responsible for a humungous R17.8-billion of the R79-billion spent on procurement nationally in the 2016/17 financial year.

On Thursday an SAPS delegation, lead by National Commissioner Khehla Sitole, informed Parliament’s Police Portfolio Committee that both Ramikosi and Shezi have been suspended pending investigations into possible corruption.

Ramikosi was appointed in September 2015. Six months later on 31 March 2016 (the end of the financial year), three minutes before close of business, at precisely 16:57, SAPS Information Technology Services, a division of SAPS Technology Management Services (headed by Shezi), generated order number A000T4674 for the supply of 169 Forensic Light Sources at the cost of around R52-million.

The manoeuvre is known as “fiscal dumping” and usually red-flags possible corruption.

Apart from the R52-million invoice, a forensic investigation by the Independent Police Investigative Directorate (IPID) also found further suspicious transactions in favour of FDA where it took a miraculous three days from the issuing of an order to delivery and payment. All of these transactions happened under Ramikosi’s watch.

Shezi was suspended after IPID began investigating a series of payments totalling R2,177,572.47 from mid-2015 to early 2016 by Shezi to a construction company that was building her house. The payments, part of “Project Khulisa”, included two by Shezi, totalling R614,513.72.

One of the companies that contributed to building Shezi’s house, Intsika Distributors, made three payments totalling R793,059.75 on one day in July 2015. Intsika is linked to Unisys, represented by one Jerenique Bayard, and which was contracted to FDA. Unisys was outed as the sponsor of an October 2011 trip by two TMS SAPS officers to Manchester United headquarters at Old Trafford, together with Keating and Bayard.

On Thursday, Sitole and a high-level SAPS delegation told the Parliament’s Police Committee that a new centralised Contract Management and Procurement Process, the first ever of its kind, is in the process of being implemented by SAPS.

Sitole said that plan was aimed at reclaiming SAPS’s “service integrity” to only work in future with suppliers who “share the interests of the state and national security”.

“We need to reclaim the reputation of the organisation,” he said.

Sitole said that the SAPS had already embarked on lifestyle audits of top cops and that the procurement environment had been identified as a “priority area”.

Crime Intelligence would set up a plan to accomplish this, including the vetting of members of all SAPS members involved in procurement as well as those who sit on the SAPS Bid Adjudication Committee.

In the wake of these new controls, four officers had resigned and three brigadiers and one colonel had been suspended. Sitole has also pulled together a forensic audit investigative team consisting of SAPS, IPID and Treasury. Those who resigned, he said, could not escape consequences and would have their assets forfeited and their pensions and other benefits suspended, depending on the seriousness of the alleged offences.

Provincial and Divisional Procurement officers have been delegated to finalise all procurements up to R300,000 and quotations in excess of this amount will be forwarded to the National Supply Chain Management office for approval.

Replying to a written question by Zakhele Mbele, the DA’s shadow minister of police, Minister of Police Bheki Cele replied that there was a shortage of 18,637 rape kits and 43,489 DNA kits in the Family Violence, Child Protection and Sexual Offences (FCS) units alone in several provinces.

While SAPS had issued a tender for the supply of DNA kits, two of the suppliers who bid did not meet specifications and while the third, Solve Forensics, an application developed by FDA, had met the specifications, the company was currently under criminal investigation.

On Thursday SAPS said that a new, tighter and thorough procurement process for DNA kits would take place before advertisements would be placed for bidders.

“After the closing of the tender, the tender documents will be forwarded to the appointed Bid Evaluation Committee that has been approved by the Divisional Commission Supply Chain Management and will consist of an appointed chairperson at the level of Brigadier situated at the Div SCM, members of component procurement who will act as facilitators and secretaries, and the nominated representatives from the end user.”

There will be far less room for corruption creep in the new process.

The management of contracts for SAPS would in future entail the management of bid documents, the receiving and opening of bids, liaising with National Treasury (in relation to transversal contracts) as well as the management of existing contracts in consultation with SAPS Legal Support Services, SCM and the SAPS Finance and Administration section.

ICT contracts, usually dealt with by SITA, will be forwarded to the agency and will be subject to monthly monitoring meetings between SITA and SAPS Technology Management Services.

A Brigadier at Supply Chain Management will be deployed to oversee the opening and registration of bids and this would also help to “mitigate the risk of corruption”.

Procurements that were being finalised by the Bid Evaluation Committee would take place in locations monitored by CCTV with recording capabilities. All bid evaluations will be conducted in this manner.

Directors of Companies, the committee was told, are verified against the National Treasury Central Supplier Database as well as the Department of Public Service Administration prior to any award to determine whether they were employed by the state.

“Should it be found that a director is an employee of the state, such a bidder is disqualified from the bid process.”

The SAPS delegation said that dedicated “Irregular Expenditure” offices had been established in all provinces and divisions to “streamline and reduce irregular expenditure”.

While contracts are managed by relevant business units within SAPS these were “not being managed effectively, efficiently and economically”, the committee heard.

There was also a lack of accountability at executive level which resulted in the poor monitoring of contracts and a lack of consequence management including “the failure to recover financial losses”. There was also, at present, no computerised contract management system.

One of the key performance areas in future would be that all contracts will be signed by duly delegated SAPS personnel. SAPS had also established governance protocols, including an SAPS Risk Management Committee, which will report to the SAPS Audit Committee which exercises oversight.

Sitole will determine who will chair the Contract Management Committee which will be a subcommittee of the Board of Commissioners, the “governing body” in the SAPS.

While this might look like a lot of micromanaging by Sitole, the point is that SAPS is a rusty bucket, corroded by years of corruption at the highest level and from the inside. The service has been captured by some deployed to further factional political battles in the governing party as well as those wishing to settle scores with perceived enemies.

Since his appointment in November 2017 Sitole has acted swiftly and decisively to implement a massive “turnaround” strategy. It is an unenviable task. DM