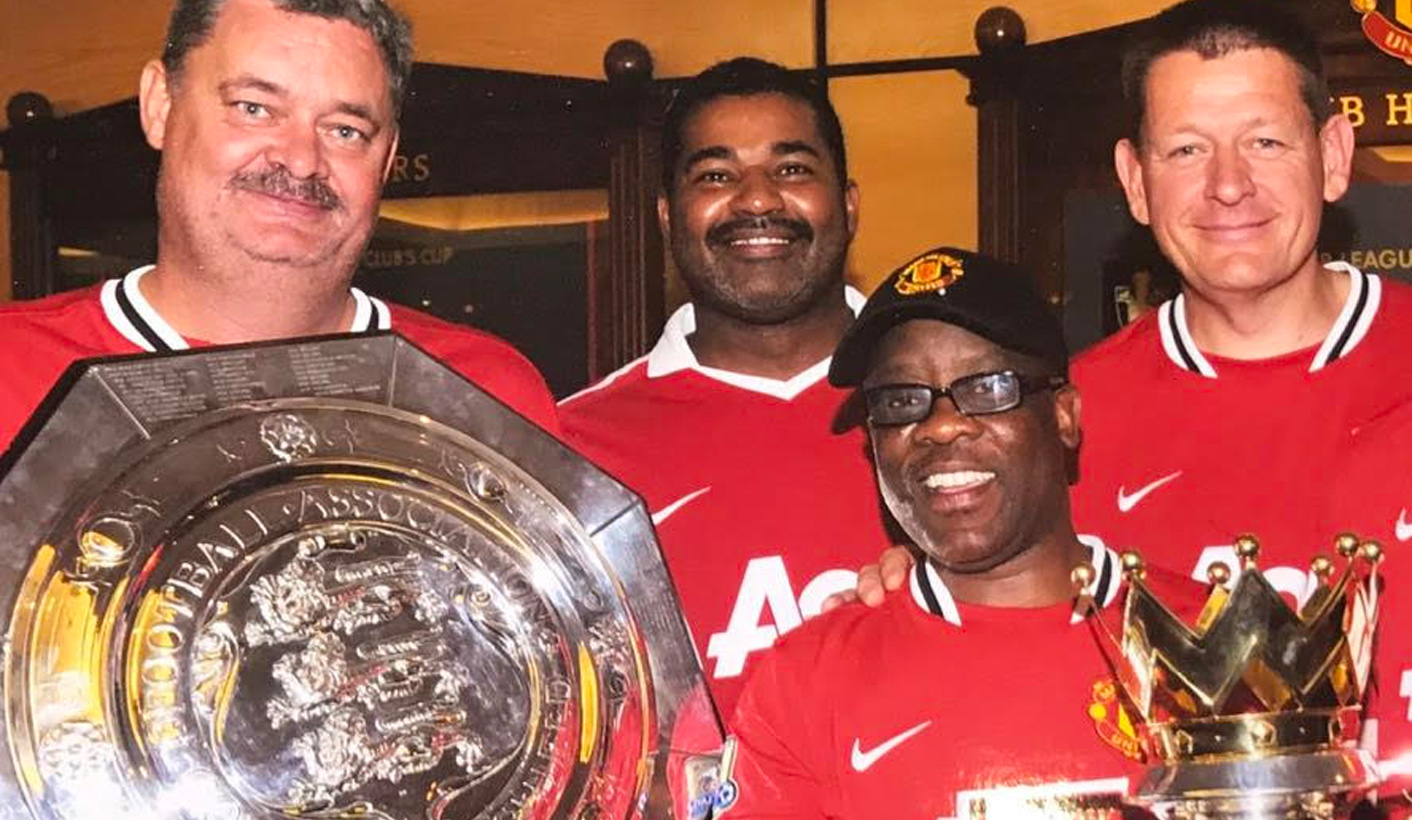 DA Scopa member, Tim Brauteseth, dropped a bombshell at Wednesday’s committee meeting with SAPS and SITA when he provided photographic evidence that SAPS Supply Chain Management members had in 2011 been accompanied by Keith Keating, director of Forensic Data Analysts, on a visit to Old Trafford, home of Manchester United, six months after Keating had sold forensic camera equipment worth an undisclosed sum to SAPS through Unisys Africa. Keating has been a sole supplier to SAPS – through SITA – of a firearm permit system and software as well as forensic equipment worth billions. By MARIANNE THAMM.

DA Scopa member Tim Brauteseth produced a photograph of two SAPS members posing in Manchester United branded shirts with their names on the back along with Keating and Jerenique Bayard, who was at the time a project director at Unisys, which supplied, through Keating’s firm FDA, millions of rands worth of forensic equipment to SAPS. Some of this equipment and software was procured through SITA.

The photograph was taken at Old Trafford, home of Manchester United. Another  photograph was also taken of the SAPS members, Keating and Bayard in the Trophy room.

Brauteseth produced the photograph after asking questions about a trip by SAPS members in October 2011 to a RFID (Radio-Frequency identification) conference in Europe. He inquired as to the purpose of the trip, who had paid for it, who the SAPS members had met with as well as who it was that footed an entertainment bill. He also asked whether the SAPS members had visited a brothel, Babylon, in Vienna.

The photograph, said Brauteseth, situates Keating and Bayard with the SAPS members. He wanted to know whether the jaunt, or aspects of it, might have been a reward by FDA for the awarding of the contract by SAPS to Unisys about six months earlier.

On 26 March 2011, FDA had delivered equipment with SAPS order number AW-154487 to Unisys and marked for Bayard’s attention, for seven items, including cameras, lenses and software, for an undisclosed sum (pictured bellow). The items were delivered to SAPS Technology Management Services offices at Tulbach Park, Pretoria by Keating on behalf of Unisys Africa.

Keating’s company, FDA, according to an IPID investigation, has won SAPS contracts worth around R5-billion since 2010. If Keating did accompany or pay for the visit by the SAPS members it would be in breach of a declaration to SITA he signed in August 2017 that FDA had not been involved in any corrupt or collusive activities with SITA, its employees, customers or their staff, suppliers or “any organ of the state”.

SITA implemented the policy of requiring declarations from suppliers after detecting widescale corruption in the agency totalling billions of rand.

Main photo: FDA’s Keith Keating and Jerenique Bayard, who was at the time a project director at Unisys, with SAPS Supply Chain Management members in the Trophy room at the Old Trafford in October 2011.