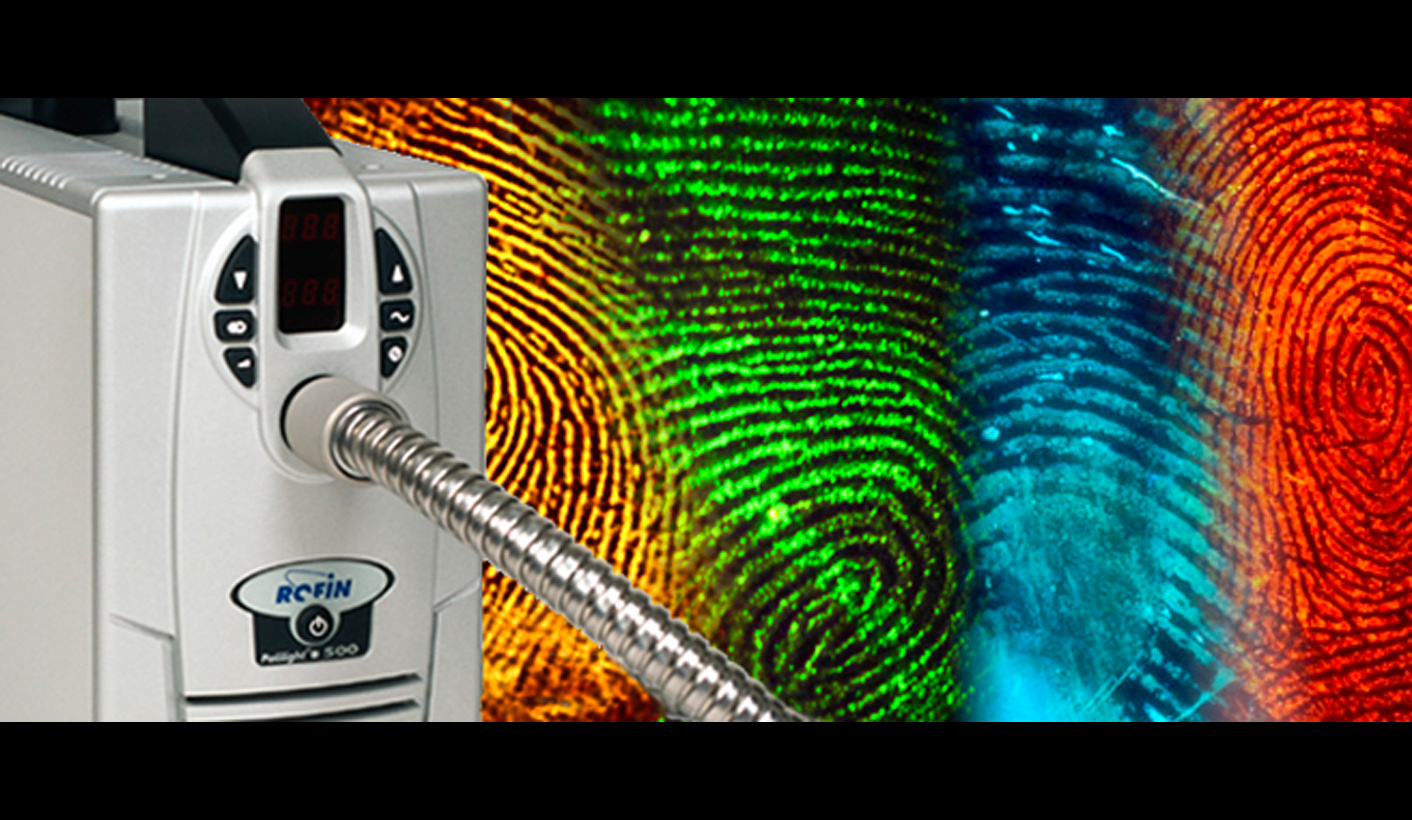 South African taxpayers have forked out around R1-billion for the supply and maintenance of specialist forensic lights to SAPS. Businessman Keith Keating, director of Forensic Data Analysts, implicated in an IPID investigation into the payment of kickbacks to former acting SAPS National Commissioner Khomotso Phahlane via a Pretoria car dealership, is also under investigation for the lucrative contract to supply SAPS with the Rofin lights at the cost of around R300,000 per torch. By MARIANNE THAMM for SCORPIO.

Three minutes before the close of business, at precisely 16:57 on 31 March 2016 (which also marked the end of the 2015/16 financial year), SAPS Information Technology Services, a division of SAPS Technology Management Services, generated order number A000T4674 for the supply of 169 Forensic Light Sources at the cost of around R52-million.

On the same day, Forensic Data Analysts (FDA), a Pretoria-based company, submitted INV16131 totalling R52,942,653.66 which was paid almost immediately under the “responsibility code” of 0075 TMS (Technology Management Services). TMS just happens to be where Brigadier Beauty Phahlane and one Colonel Johann Potgieter (more about him shortly) are both stationed.

Brigadier Beauty Phahlane is the wife of suspended former acting SAPS National Commissioner, General Khomotso Phahlane, who is currently the focus of an ongoing IPID investigation into charges of fraud and corruption for receiving kickbacks in exchange for SAPS forensic contracts.

The owner and director of FDA is wealthy businessman Keith Keating, who has been fingered by IPID as the money-man behind a vehicle “sponsorship” money laundering scam involving Phahlane, his wife, his sister Josephine and Colonel Potgieter and facilitated by Pretoria car dealer, Durant Snyman.

“This transaction happened on the last day of the financial year 2015/2016, which clearly demonstrates corruption through fiscal dumping. The sequence of events may be construed to indicate that the time when the order was issued, FDA was at the door with the invoice and 169 Forensic Light Sources and different role players within SAPS (SCM and management) were lined up for recommendation and approvals.”

Seseko said that the level of efficiency of the transaction between FDA and SAPS could only mean one thing – corruption.

“This is but one example; there are multitudes of similar transactions of ‘efficiency’ involving FDA,” wrote Sesoko.

Keating is a director of the company along with Vhonani Mufamadi, John William King and Adri Els. Last week reports emerged that an IPID investigation had found that Keating had transferred funds into the Namibian bank account of Snyman in order to pay for vehicles used by General Phahlane, his wife, his sister and previously mentioned Colonel Potgieter.

Keating has denied paying kickbacks to Phahlane and his family via Snyman.

It was in the course of investigating General Phahlane’s allegedly corrupt relationship with service provider Kriminalistik and Crimetech, which supplied vital chemicals to the police forensic division of which Phahlane was the former head, that IPID had uncovered what it claims is another corrupt relationship, this time with FDA.

IPID found that Keating has a contract with SAPS for the supply and maintenance of Rofin lights alleged to be worth R1-billion. He also has contracts with TMS and IPID claims that since 2010, FDA had been paid over R5-billion by SAPS.

Apart from the remarkably swift payment of the R52-million for the March 2016 invoice, IPID had found several “suspicious transactions” in favour of FDA where it took three days from the issuing of an order to achieve delivery and payment.

In his letter Sesoko recommended to the National Commissioner that no further payments be made to FDA until the investigation, Sinoville CAS 146/05/2017, had been completed.

The R300,000 a pop light kits came with an additional annual “maintenance and support” contract for a product experts in the industry say is… maintenance-free. Also, at the time, Rofin was not ISO compliant although it has subsequently been certified. According to the Rofin website the certificate will expire on 11 October, 2018.

FDA was a sole supplier of the lights and while there are many others who offer cheaper alternatives it does not appear as if SAPS was keen on pursuing these. Also, the contract with FDA was “evergreen” and has been rolled over since 2010.

Investigative Software Solutions, of which Keating, Mufamadi, King and Els were also listed as directors, is noted by the CC as providing “analytical software solutions on the IMB i2 product suite. These solutions are provided to customers for forensic investigative purposes.”

EOH purchased 100% of the shares of all of Keating’s companies but Keating told Daily Maverick on Monday that the sale of his businesses to EOH had become “unviable” over time and that FDA is now “privately owned”.

Daily Maverick sent 13 questions to Keating, offering him a right to reply to questions related to the IPID investigation. We reprint the questions as well as his replies in the interest of clarity:

To which Keating replied:

In another universe – perhaps one of those fictional CSI series – the potential for the SAPS to solve crimes using such amazingly sophisticated and expensive equipment would be cause for celebration.

Instead the release by SAPS of the annual crime statistics last month only served to confirm what South Africans already know. Crime in South Africa is rampant. Every day, 52 South Africans are murdered, there are 109 rapes and 45 hijackings. The depressing bit is we all know that these crimes are also under-reported.

Even worse is the SAPS’s “incomplete” investigation track record which is currently at a 10-year high no matter whether SAPS members are using specialised torches which cost you and me R300,000 a pop. DM

Photo: An image from a Rofin brochure.