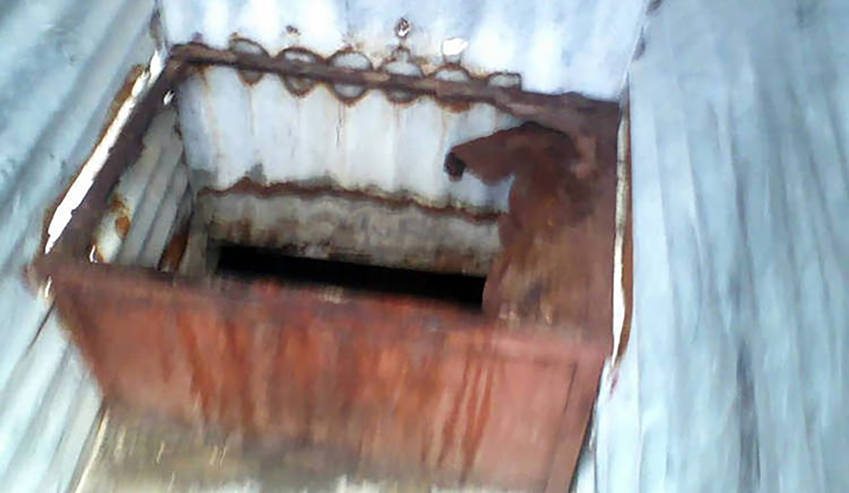 Lumka Mkhethwa will be buried in Bizana in the rural Eastern Cape on Saturday. Although an investigation is under way regarding specific details, the Grade R pupil died after falling into a pit toilet at Luna Primary School on Tuesday this week. She was five years old. By HLUMELA DYANTYI.

Basic Education Minister Angie Motshekga described the passing of Lumka Mkhethwa in such an undignified matter as “unacceptable, and incredibly disturbing”.

Although the exact cause of death for Lumka has not been confirmed yet, a case has been opened at the local police station, Mzamba Police Station, and investigations are under way.

On Tuesday, 13 March, the little girl was reported to have disappeared from class and could not be found. Later that day, a security found her body in the toilet, according to a statement from SECTION27.

The pit latrine has since been closed.

Provincial spokesperson of the Department of Education, Loyiso Pulumani, reported that the district director, Mbulelo Mpupu, heard news of the passing of the little girl on the evening of Wednesday 14 March. She sent condolences to the family the following morning. Pumulani said the Education Department is fully supporting the family and have offered to cover costs for Lumka’s burial on Saturday and the services of a psychologist to the family and school.

Lumka’s death follows another tragic event, the passing of Michael Komape, who also aged five, fell into a collapsed pit toilet at Mahlodumela Primary School in Limpopo in 2014.

Judgment is now awaited following a court case lodged by human rights organisation, SECTION27, on behalf of the Komape family against the government at the Limpopo High Court.

The court is set to decide on the department’s liability for infrastructure and also the amount of damages to be awarded to the family, which is seeking compensation for emotional shock, trauma and grief. The case highlighted the dangers of poor sanitation, with SECTION27 stating that some students relieved themselves in the bushes because they feared using pit toilets. Some of the toilet seats were broken and old, and could easily be removed by students which could lead to students falling and drowning in faeces. SECTION27 also reported that some toilets did not even have doors and that stripped the students of their dignity. According to the school principal, the Department of Basic Education was warned about “sinking toilets” at Mahlodumela Primary School as early as 2004, which was 10 years before Komape’s death.

“The undignified, horrific death of five-year-old Michael Komape…. should have been a strident wake-up call for those who are tasked with ensuring the safety of our children in schools,” said SECTION27 in a statement following the death of Lumka

In a statement, the Department of Basic Education said that the Accelerated School Infrastructure Delivery Initiative (ASIDI) has delivered to 141 schools in the Eastern Cape by replacing inappropriate structures. However, budget cuts of over R3.5-billion over the next three years on ASIDI pose a threat to the allocation of funds.

Motshekga alerted the public to 5,225 maintenance projects which are in progress nationally. Eastern Cape has already exhausted its maintenance budget so the Department of Basic Education has introduced a 12% minimum budget for each province to be dedicated to maintenance. The allocation of these funds has been increased so that schools can be encouraged to allocate more to the maintenance of schools. DM

The name of the girl who died was initially said to be Viwe Jali, but police have confirmed that her correct name is Lumka Mkhethwa. (This article was subsequently amended with the correct spelling).