Op-Ed: Death of a dream – The short life and death of Michael Komape 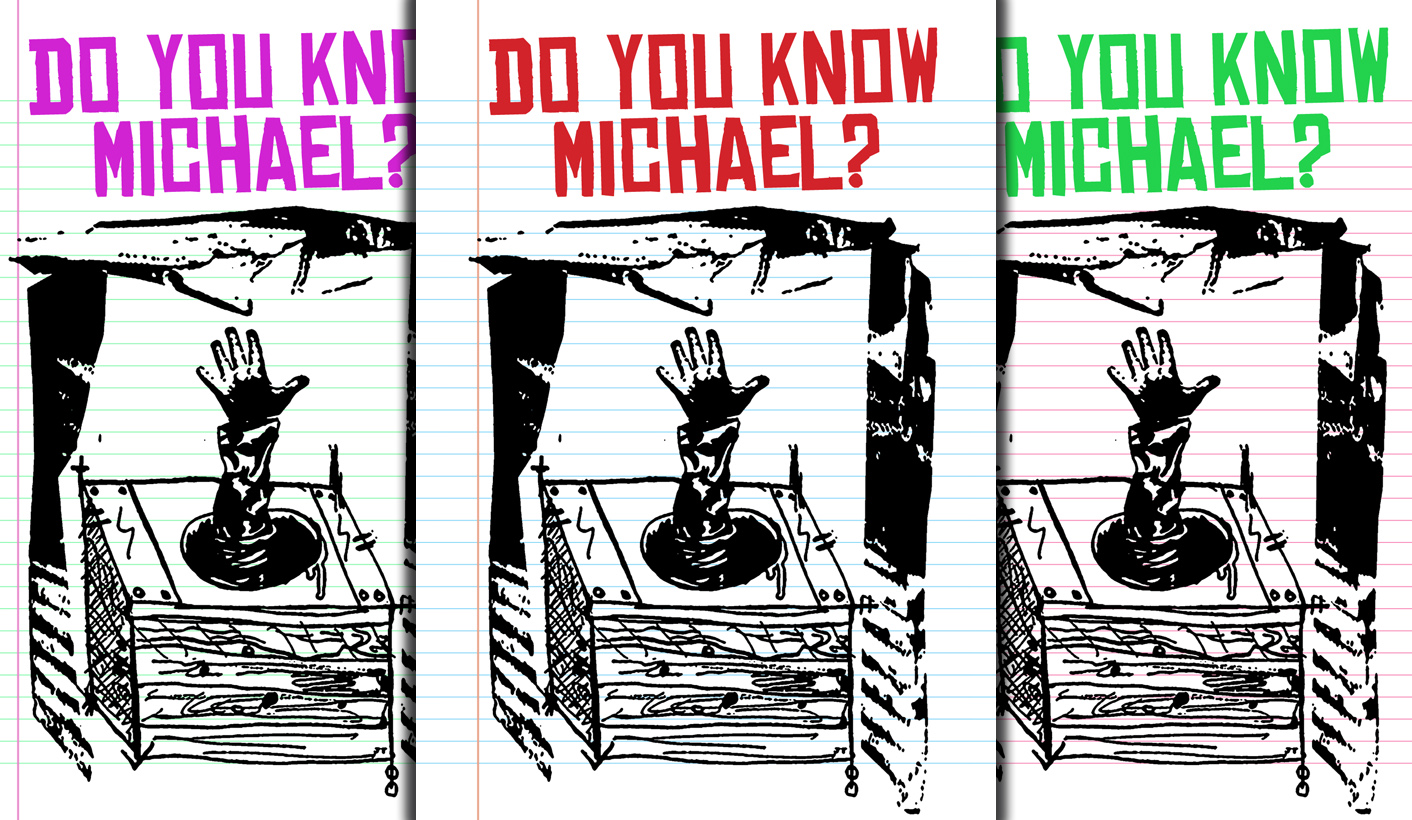 Michael Komape drowned in the most undignified way – in a pit toilet at his school in Chebeng Village in Polokwane. He was five years old. To most people, our government particularly, Michael Komape was a nobody-son of other nobodies in a nowhere village. By MARK HEYWOOD.

Twenty kilometers outside Polokwane is a small village called Chebeng. It’s a drab and dreary place, reminiscent of one of the rural dumping grounds where the old South African apartheid state put victims of their forced removals. There are few trees, the streets are not tarred, outside pit toilets seem the norm and there is little of the infrastructure one normally sees in modern “human settlements”. Of course there are plenty of shebeens and spaza shops. There are also plenty of young people who, numb in unemployment, litter Chebeng’s streets during daytime, lethargic and apparently aimless.

Chebeng Village is where the Komape family live. The Komapes are a typical family. A mother, father and six children.

Mr and Mrs Komape were born in 1967 and 1972 respectively, right in the middle of the apartheid years. They were among the millions of people denied the right to vote. They lived through the gathering revolution that slowly led to liberation: the Soweto uprising, the states of emergency of the 1980s. They must have placed their hopes in the ANC and Nelson Mandela.

The arrival of James and Rosina’s first children coincided with the end of apartheid. Lydia, their first daughter was born in 1990, the same year Nelson Mandela was released from prison. Lucas, their first son, came in 1994, the year we all became free via the ballot box.

Fast forward 23 years. Today the Komape family might well claim to represent everyone the new South African government, the bearers of our dreams, failed to keep its promises to.

James and Rosina are unemployed, penniless, adrift. Almost the only thing they own is their dignity. Lydia and Lucas too.

There now other siblings: the twins, another brother and a beautiful smiling nearly-four-year-old daughter with eyes as big and bright as moons.

In 2009 James and Rosina had another son. Photos show he had the same eyes as his little sister. According to James, Michael, “loved to read books” and was smiley-serious. James remembers that Michael didn’t blame him on the days when James had no money to give him for school.

Michael Komape was a child born free in our free South Africa, a child with the opportunity denied to his father, a child for whom, our Constitution says, the government must always “act in his best interests”.

He was a first at dying. He was a died-free.

Or try this. Michael suffocated on other children’s shit and piss. He swallowed it. He floundered about in it whilst he struggled to get a grip on it to stop from drowning.  Shit is slippery.

When his little arms tired of trying to keep his head above the surface, by the time his physical struggle was over, it took him three minutes to asphyxiate.

When his body was removed from the toilet five hours later, his stomach was full of it undigested shit.

Usually shit is the product of digestion.

“Luckily”, as Michael died one hand stayed above the surface of the shit, to be spotted by Rosina several hours later. Failing that, Michael’s body might still be lost, buried in the shit, to this day. Nobody would have known where he went.

Photo: This is the pit latrine that Michael Komape drowned in. This photo was taken by Charles Malebana shortly after the incident. It was admitted as evidence to court.

But what does this matter?

To most people, our government particularly, Michael was a nobody-son of other nobodies in a nowhere village. As if in proof of this, no apology for his death was offered to his parents. As James said: “We gave them our son in the morning and they gave us back a corpse in the afternoon.” No explanation was proffered as to why he died.

His death certificate says “under investigation” as cause of death but no investigation took place into his death.

The department of Basic Education offered him a pauper’s burial. But Rosina didn’t buy it. Michael’s last scraps of dignity were not for surrender.

To the police it seems he was a nobody-boy going nowhere.

Why investigate nobody-deaths? Why waste tax-payers’ money on nothing?

Of course, a few politicians and officials showed up at his funeral, as officials are wont to do when the cameras as present. They got wind that there would be a gathering big enough to show their faces at – even if it was for a dead nobody. They made sure they were spotted by the press. They needed to be seen to be “for the people”. So, they dropped a couple of crocodile tears. Then they went home to their children and got on with their Sunday afternoons.

They are lucky. They cashed in on their dream by promising to fulfill other people’s dreams. And then by breaking their promise.

The MEC at the time told the media she wasn’t God. And, she fumed, she definitely wasn’t MEC of toilets, she said. Michael is dead. But now Dikaledi Magadzi is a big MP in the big Parliament in Cape Town. Her children are well fed. They have porcelain toilets that you can drink out of. Even cats can’t drown in their toilets.

The Komapes didn’t get on with their lives. They grieved for their smiley-serious son.

They just couldn’t get over the fact that he had died in a toilet. “Dying in shit is not normal” cried Rosina. “It’s disgusting” said Lydia. It’s a death worse than death. It’s a dirty, humiliating, debilitating death.

The government lawyer who they told that to in court couldn’t understand it. Death is death he insinuated, and this was just an accident.

Rosina, James, Lucas and Lydia couldn’t get over their sense of betrayal. They didn’t have big English words for their feelings – but they felt a guttural anger and confusion. Why did nobody from the government come to talk to them, to apologise, to make simple amends, to show humanity and empathy?

When they said that to the government lawyer in court he couldn’t understand it. He thought it was good enough that the government had offered them counselling in a far away hospital, a few food parcels, which Rosina said had been consumed by the grave diggers, and a pauper’s burial.

They should be grateful, “they were nobodies” he seemed to think.

As the state spent vast amounts of money to defend its uncivil servants and and anti-service politicians in court I realised that 2017 is the year we realised that our dreams of equality have been put to death.

One afternoon, as I drove out of Chebeng village after I had dropped the Komapes at home, after another draining day in in an airless court, I looked for Michael’s murderers. I looked to see if I could spot White Monopoly Capital hiding round a corner, daggers drawn, ready to force Michael into the pit toilet.

After all WMC, we are told, keeps poor black people poor.

I couldn’t see him. Anywhere.

In fact I couldn’t see capital of any colour in the village. Capital lives far away. All I could see was deprivation and neglect.

I looked for the Guptas. I couldn’t see them either. There’s nothing to steal in Chebeng Village and its surrounds.

In Chebeng Village there’s no sign of a state to capture. After all the looting – there’s billions in education budgets, health budgets, police budgets – the state has skulked away to the cities, leaving emaciated officials in emaciated offices with pictures of a far away President to pretend that they are the defenders of the Constitution.

The protectors of the poor.

Is all I saw was absences and shadows, voids and the dreams that could have been but weren’t to be. I saw the shadows of politicians who turned their backs on ordinary people and then used ideologies to justify their theft.

They think poor people are stupid.

But poor people know their enemies. Their enemies are callous people, black and white, who have upended their dreams.

As I drove out I saw the shadow of a coming storm and I prayed for rain to restore dignity and hope to a famished people. DM