GroundUp: Equal Education in court against Motshekga over broken schools 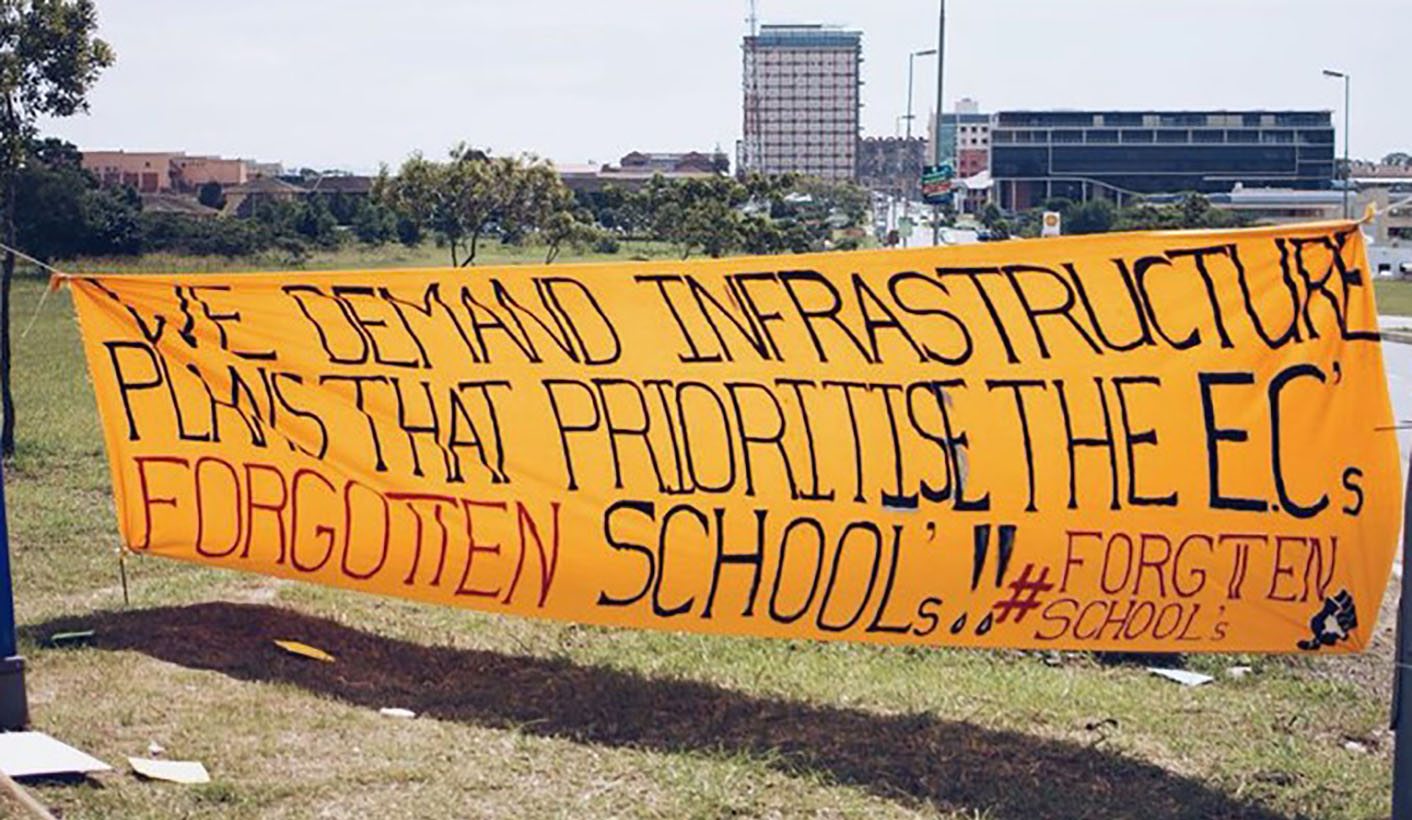 The Education department says it is dependent on other parts of government to fix schools. By Mary-Anne Gontsana and GROUNDUP Staff

Learners and members of Equal Education (EE) gathered outside the Bhisho High Court on Wednesday with banners that read: “No more broken promises”. They were demanding infrastructure plans to prioritise the Eastern Cape’s “forgotten schools”. A huge plastic doll satirised the Minister of Basic Education, Angie Motshekga, listing broken promises to fix schools.

The court case is part of Equal Education’s #FixOurSchools campaign.

The Department of Basic Education set out regulations for norms and standards for school infrastructure on 29 November 2013. These regulations set a deadline of 29 November 2016 for the replacement of schools made of inappropriate and often unsafe structures, and the provision of basic levels of water, sanitation and electricity in schools. EE had campaigned for these regulations and welcomed them: “For the first time, South Africa had a piece of law which said that a school must have decent toilets, electricity, water, fencing, classroom numbers, libraries, laboratories and sports fields.”

But the department did not meet the deadline. EE says the regulations are now being used to avoid responsibility. It wants the court to address four problems:

Advocate Geoff Budlender for EE began with testimonials from teachers and students from various schools describing dilapidated classrooms and appalling conditions under which children are expected to learn.

“If a child does not get education today, that is a breach of the Constitution,” said Budlender. He said the right to basic education includes the provision of furniture in school, transport to and from school. And if learners could not access services at like toilets or water, then that undermined the importance of basic education.

Advocate Nikki Stein for SECTION27 representing Basic Education for All, which has been admitted as a friend of the court, told the court that there were thousands of schools across the country with infrastructure that is unsafe and inadequate. “This case is not about the individual circumstances of each of these schools per se. It’s about the regulations that the minister has passed.”

Advocate Chris Erasmus for the state said Motshekga should not be second-guessed and that provinces had budgetary limitations.

He said it was “common cause” that the duty to implement the norms and standards was “subject to the resources and cooperation of other government agencies and entities responsible for infrastructure”.

“None of these entities been cited as respondents, despite a list of other respondents having been identified as necessary parties,” said Erasmus.

The case continued on Thursday. DM

Main Photo: Learners and members of Equal Education picketed outside the Bhisho High Court on Wednesday in a case over minimum standards for schools. Photo: Leanne Jansen-Thomas