Explainer: What you need to know about the Sascoc hearings 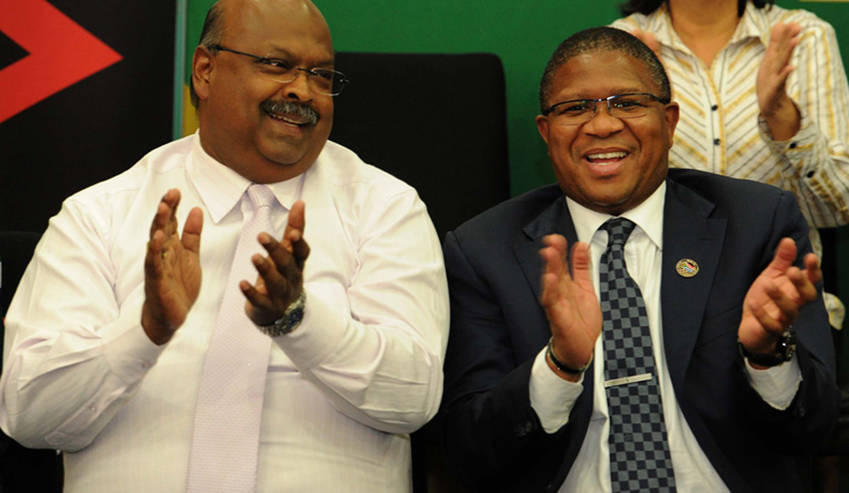 For years, the South African Sports Confederation and Olympic Committee (Sascoc) has been lolling about, maladministering willy-nilly, not even caring that the some of the best athletes in the world are embarrassed by ninja-turtle tracksuits at the Olympics. Public hearings into several allegations are due to begin this week. This is what you need to know. By ANTOINETTE MULLER.

What’s the hearing all about?

The full rap sheet is extensive and full of jargon. In short, Sascoc is accused of contravening its own constitution, maladministration and financial mismanagement. No mention of the crimes against fashion and the infamous ninja turtle tracksuits of 2016.

It’s an inquiry that should have been instigated ages ago, only the country’s previous Sports Minister was too busy being a Minister of Social Media.

Okay, give us some of the meatiest allegations.

Among others is Sascoc allegedly using funding to “fight personal and political battles”. The rap sheet makes specific mention of the thorny issue between the Olympic governing body and Karate South Africa where R1.5-million was apparently forked out for legal expenses.

Also on the list is the allegation that Jean Kelly could not be appointed as the Chef de Mission of Team South Africa as she is “white”; allegations that certain individuals in Sascoc are benefiting directly as a result of their business positions and have failed to disclose any conflict of interest, and the issue around the questionable (and alleged) ‘bugging’ of Sascoc offices and the home of now-sacked CEO Tubby Reddy.

Also on the list are the “alleged illegal attempts by certain members of Sascoc” to manipulate votes of its board elections “in order to oust certain members of the Sascoc Board”. One of the people that allegation refers to is Aleck Skhosana‚ the president of Athletics SA‚ who was removed as a board member during in a controversial vote in 2017.

In 2015, Skhosana was deemed “unfit to hold office” following a damning report into fraud by two employees at KwaZulu-Natal Athletics from October 2009 to June 2011, when Skhosana was president at the local federation. He was found to be grossly negligent, but that report did not seem to make much of a difference.

Also likely to feature is the firing of Reddy, chief financial officer Vinesh Maharaj and Kelly.

Sascoc might also have to explain how Reddy was president of Volleyball South Africa (a Sascoc member organisation) while also CEO of the Olympic body, despite provision 12.29 of Sascoc’s constitution explicitly banning the president or CEO from “[holding] any office on the board or controlling body of any member”.

The trio were due to appear in front of a disciplinary committee on charges of misconduct in December 2017. They didn’t show up and a postponement was refused. Senior counsel Anton Myburgh recommend their immediate dismissal saying that Reddy “acted dishonestly and betrayed the duty of good faith and trust and confidence that he hoped to receive from Sascoc and its board”.

The whole thing had been dragging on for six months after Reddy was suspended in 2017 – on full pay – after an investigation into sexual harassment surfaced.

That investigation was due to be completed by August, but Maharaj and Kelly were also suspended following that dubious bugging report.

That report, completed by a company called SS Griffin Risk Management Services – which was in the process of deregistration – adds another bizarre twist to the whole saga. Analysis of the report’s metadata revealed that work on the report was allegedly done from Kelly’s computer while Maharaj was the one who authorised the payment for it. As reported by Daily Maverick in 2017, line items on the invoice include a health and safety audit and report for R2,500, a health and safety file for R8,200 and health and safety training, which included first aid and firefighting, for R18,000.

The trio have been sending lengthy open letters to the media protesting their case.

Is it all about politics?

Isn’t everything? Like most governing bodies, Sascoc is deeply factionalised. Cynics have raised concerns that the hearings could actually be a further political power play, which is why it is so critical that it remains independent.

What’s the worst that could happen?

Sports Minister Thulas Nxesi could dissolve the Sascoc board which could see South Africa slapped with a ban from competition as it would seemingly violate the International Olympic Committee’s (IOC) strict rules which guard against government interference. That option, however, has been seen as a last resort. As we learnt from the Nicholson inquiry into cricket, these sorts of inquiries make recommendations to implement – it doesn’t mean they will be.

Who are the members of the committee that will conduct the hearings?

How long is this going to go on for?

Three months have been allocated to conclude the hearing. DM